Every so often you hear people whining about how they feel have having a total change of image. Or maybe not people in general, maybe just June. I assume everyone would have a friend who is like June.

June went through drastic changes in her poly years, from Ah lianish, to glamourous (with permed long hair, make-up and flamboyant clothes), to act jap (Big tees and sneakers with short cropped orange hair), and now, since her eyes are beginning to reject the contact lenses (just like Jeremy rejects me, tears result), she is keeping the "I-may-look-nerd-but-I-am-superior-because-I-am-smarter" look with the specs she has on.

As for me, I have been floating around bimbo and more bimbo, because:

1) I like shiny things. Diamantes. Silver. Gold. Diamonds. Gimme more.
2) I like pink (alot. I cant help it, dun blame me.)
3) I like ribbons and stupid lacy stuff
4) I have to wear heels because I am so bloody short.
5) I have a stupid perky butt.

I shall look rich.

From now on, when I try on clothes, I wouldn't bother to ask, "Do I look nice in this?". Instead, I ask, "Do I look like a million bucks?". When I do my hair and the stylist asks if I want punk, or normal, or pretty, I say, "I wanna look like I paid you 300 dollars to do my hair."

I want people to ask my friends, "Hey your that short friend very rich issit?". I want people saying that I am of a higher breed (not that I am not!), and the norm.

Difficult to achieve, but I will try.

Let we explain the different types of rich looks one can have.

The typical taitai look everyone knows. A silly withered old lady with tons of make-up and many diamonds and a poodle who is clad in LV (Why, LV is only good enough for her dog, my dears.)

Forget the typical taitai look. I am too young for that. 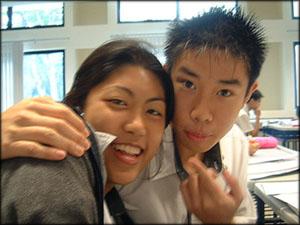 I ripped this pic off my friend's class website. Anyway, the girl looks ok-rich, but the guy. Ha! He looks like his daddy owns 5 fish farms or something weird like that that you can monopolise. I hope they don't ever see my page.

Anyway, the typically JC-my-daddy-is-fucking-loaded teenager would be a christian (with a tiny silver chain with a cross to tell everyone.) walking around loudly with a bunch of friends from school, hanging out in macdonalds with textbooks, has orange socks/bags, has a mountain climbing thingy that is uselessly hanging on their orange bags (sometimes it could be hanging a baby sports shoe), and weirdly all seem to own 7250s with Singtel lines. They would also have braces and would never let their socks exceed 5mm, and they dun shave their leg hairs, and they all have this tanned sporty look coz they swim everyday in their own swimming pool, coz if they don't the stupid water gets wasted, never mind the fact that africans dun have water to drink.

Forget the ACJC kid look too. I dun own anything orange, I dun even know what the metal mountain climbing thing is called, my friends are outta JC already, I do not own sucky nokia phones with only 4096 colour. And I shave.

The slut would typically be in big hair and big clothes, lotsa make-up, curls and the norm, you can imagine. She looks rich alright, with her multitude of diamonds and little LV bag, and perhaps a little poodles as well. In other words, she is the younger version of the taitai. The porsche she is driving? Belongs to her boyfriend, who possibly has a few kids who are in ACJC.

I know what you people are thinking.

I don't wanna look like a kept woman (which I think I do)!!

But neither can I achieve the family-rich look. How? I would thus try my best to look like I got rich on my own, by doing it the amataur way, drowning myself in expensive stuff. The conclusion on how I got rich would be up to people to judge.

To further complete the image, I bought a Gucci cap today. 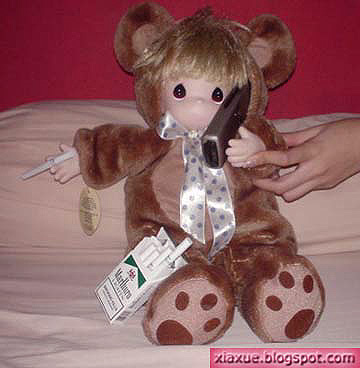 I know thats not a Gucci cap. Thats a corrupted doll. It is rich from bribes. It smokes marlboro at a young age, and it uses an 8910 to talk business. You may say that the 8910 looks too big for it, but Paw (his name) doesn't give a big f*** about what u say, bro! It rocks! 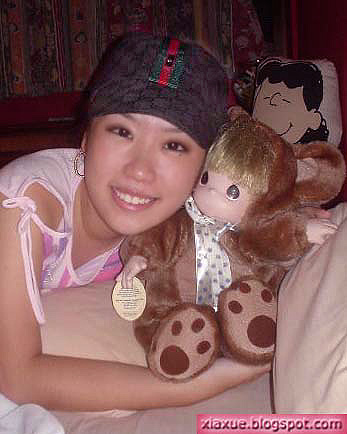 Nice? Its authentic, from a shop near City Hall, and it is only $60 coz its imported direct from Milan. I LIKE.

And it matches my Gucci bag! 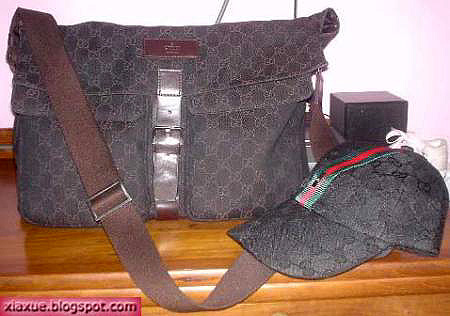 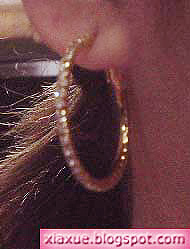 Speaking of fake branded stuff, I am reminded of something that my friend commented on yesterday. I was just showing her my latest fake acquisition....

A Mont Blanc pen I bought for 10 bucks from the Pasar Malam at Jurong East. I did my homework and went to Mont Blanc's boutique to see which model is really existent before I made my choice at the pasar malam. It is 100% alike, and the original costs $700 plus.

I am personally very happy with my purchase. But instead of the usual "Wow, nice pen ah" comment I get, she gave me a disgusted look and claimed that she would rather get something without brand than something which is fake.

I know alot of people think that way, but I beg to differ, with two very good reasons.

1) My replicas are still more expensive that your no-brand stuff. Yes, my LV is fake, but its not cheapo. There is nothing embarrassing about the price. Its a hefty $150 bucks. Are any of your no-brand bags that price?

2) My replicas may not be authentically sewn by people in Paris, but at least they are designed by world famous designers. And they are nice. I pay a fraction of the price because I pay for the design, and not the materials, workmanship, or branding.

Yup. But the stupid image has one scary point, besides looking too stuck-up. I might get robbed, with good reasons too. Heres what you would get on an average day: 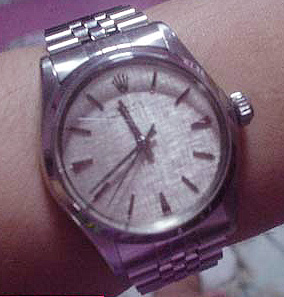 Its a gift from daddy. Daddy is not rich, but daddy is an antique seller. He bought the watch 10 years or so ago, and he wants to keep it till it is mouldy so that he can sell it as an exquisite antique which is not in production anymore. Meanwhile while the watch matures, I get to wear it. Wonderful.

I would be getting my clie on Tuesday! I bought it at $450 on yahoo auctions, but its selling at $599 at stores. Wonderful again. Now more blogging for you people coz it is easier to type with the keyboard. Am I nice, or what? 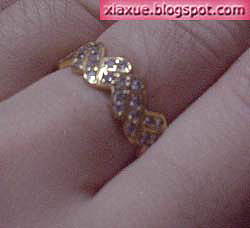 Present from mum. Dad gave it to her. I like it! 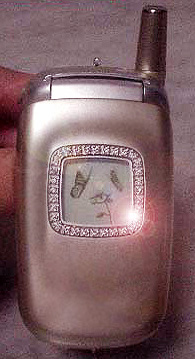 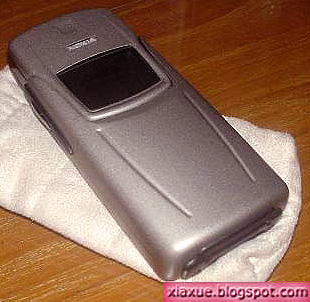 6) Sony Cybershot U20, in Rose, pic above in the scrolling marquee.

Embarrassing to put picture coz its full of scratches. Its pink. 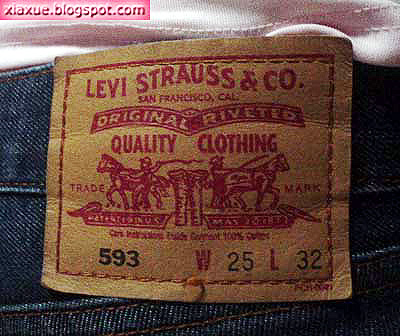 Levis 593, although I think robbers wun be so cruel as to rob me of clothes.

Miscellaneous fake branded stuff the robber can also get. It is even better for him, because when people ask him whether the thing is authentic, he can answer that he doesn't know, he thinks it is real, because he robbed someone of it and on the same robbee he managed to get a rolex. 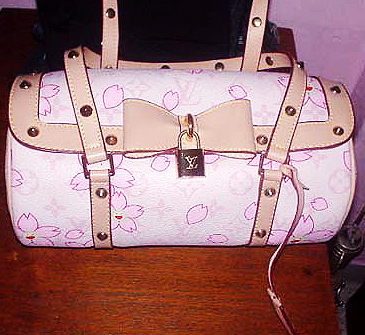 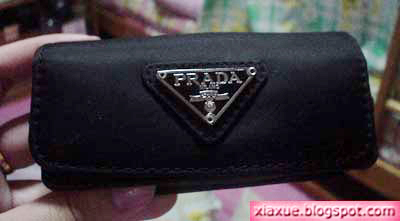 Cost price: $37, freaking cheap. Looks like: $1,299 if an Mont Blanc pen is clipped in it, $49.90 if slung on a bangala. Don't laugh. I saw an old uncle wear a cheong Gucci hat. And I mean old, like 70 years old. The worst thing is, the hat is NICE. June and I wanted to ask him where he got it, but we were afraid he would hit us with his walking stick.

Calculate yourself if u want I guess... But nobody would do it coz everyone thinks I am a stupid rich stuck-up bitch. Awww.. Its just a silly image.