Here's a rewrite of the previously deleted entry.

I have a weird friend. This friend of mine, suddenly decided that she doesn't want to be mentioned ever again in my blog. This is because someone which she detests seems to be reading up information of her from my site (it IS getting immersely popular, isn't it?) and she doesn't like that.

I told her I am gonna write about her anyway, and she asked me to respect her privacy. Oh well... So anyway, lets think of a name for her, shall we? I think I shall call her BlueBalls, because calling her using another month would be too obvious.

So anyway, I hate the freaking fellow who is reading my blog who knows BlueBalls. If you are thinking, you already know who BlueBalls is, and the freaking fellow would know too, you ARE WRONG. Thats because he is an idiot with the IQ of a llama. But we shall give him more credit, shalln't we?

Lets say that he is actually thinking... "Hey, BlueBalls could be her... Sounds like it is her...". This is dangerous coz he might be able to piece it together and realise anytime soon. What could we do? We baffle him with another question.

Ahhhhhhhhhh.... I see that EVERYONE of u are baffled. You are thinking to yourself, "Damn! I would never know the answer!"

Sheesh, but lucky you... I KNOW THE ANSWER.

A long long time ago, God has only just started out with his creations and the only creatures on Earth were Plants. There were no dinosaurs, no humans. These plants were separated into two board kinds. Those with very thick stems were called trees, and the rest of them were called flowers.

And then God only invented 16k colour for the world, and thus, due to the lack of colours, he only assigned GREEN for all the flowers.

These flowers were pretty much the same as the flowers we have nowadays; stuck to the ground, taste horrible, etc. However, they could SPEAK, although they were quite stupid. They also do not have names, thus they "oei" here and there. Some new species that God invented could just pop out like that. They also have sex.

Now this is totally flabbergasting. How could the flowers have sex??? Its amazing how they do it. Say flower A is excited by Flower B, who lives near by. A then slowly GROWS towards B, and then, when he is long enough... The rest are too explicit.

So anyway, one fine day, a now-called "Strawberry" flower is attracted to a now called "Cucumber" flower. Now you may think that Strawberry is the female, but actually it is the male. So anyway, Strawberry and Cucumber had sex, and 2 weeks later, they had a baby.

When two flowers have sex, the baby could either be the species of the father, or the mother, and the third possibility, which is far more exciting, is that a formless baby would be born. This baby can choose to take the form of anything he wants (don't even start thinking he would be Pamela Anderson coz humans are not invented yet and he would not think of doing that), and the formation is permanent.

So, as guessed, Strawberry and Cucumber had a formless baby.

Strawberry said, "Come on! Take the form of daddy! Make yourself a little stouter! And taller! Longer! More phallic!"

Cucumber said, "Take the form of mummy! Make me slimmer! And I want leaves on me!"

The formless baby decided that he is irritated by the both of them and left.

Walking aimlessly, and confused on what to take the form of, the formless baby suddenly saw Broccoli.

Broccoli is one cool flower. He was dancing HIP HOP!!! He twisted his butt and suddenly did the coolest thing: A headspin. And best of all? Broccoli looks like an explosion. The formless baby LIKED THAT!

So, he decided to take the form of Broccoli.

He looked at himself in a nearby river. OMG! He was shocked! To his disgust, he was not a deep green like Broccoli but a creamy white colour. Thats most queer!! No flowers are this colour!

At this precise moment God's voice boomed from above and announced that he has invented 256K colour and so from now on flowers and trees can have more colours on them, besides green.

The baby felt much better and walked on.

Everyone saw the baby and thought it was Broccoli who was changed of colour. The baby explained to them that he is a clone. Everyone sniggered behind his back for his lack of personality.

On the other hand, Broccoli felt REALLY MAD. He is highly narssisic and he just plain refuses to have anyone look like him. Also, due to his Ah beng-ness (Broccoli likes to speak in Hokkien loudly), few people like Broccoli, so they keep teasing him and asking him whether he was the clone instead.

Suddenly, God announced that there were too many plants and it is high time the town mayor decides on a NAME for each species.

The Mayor called upon Broccoli, who was still wailing, "Wa bo copy!"

It was the formless (now formed) baby's turn. He kept quiet. The town people boo-ed at him for copying others and having no style of his own.

The Mayor decided to call him "Copyflower" and with miscommunication in time to come, "Copyflower" became today's Cauliflower.

The Mayor called himself "Kang Kong", and nobody knows why he chose such a silly name for himself.

Thats the end of the story! In conclusion, it was the Copyflower who copied the Bocopy.

Anyway, here's more Malaysia for you! 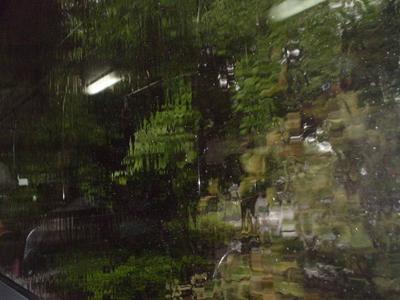 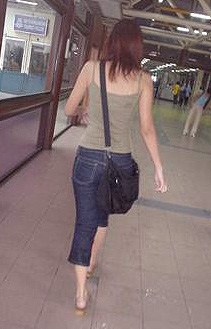 Look, BlueBalls is all wet.

And see what I BOUGHT! 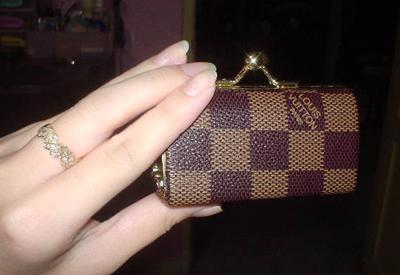 LV Damier coin pouch Fake, and only a freaking 5 bucks. 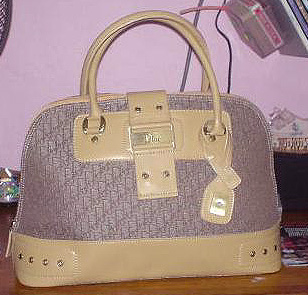 Ok I got cheated. In case you guys ever visited JB, DO NOT BUY FINDING NEMO 2. Its a freaking FAKE. Its NOT NEMO! They mutated Nemo and made a CHEONG cheapo cartoon about him. It is RIDICULOUS. Let me tell u the story.

Once upon a time there lives some clown fishes. Nemo, called "Splash" now, has a father who is orange and a mother n sister who are purple.

So, Splash went out with his father and suddenly the father is gone.

Octupus tells Splash that unless he tells him the secret of how to kill the freaking Blue Whale, Splash's father will DIE.

Suddenly everyone bursts into a cheery song about beautiful sea life.

So anyway, stupid Splash tells the secret, which is that the freaking Blue Whale must go to the surface to breathe every 2 hours or he will die.

Splash gets caught into jail with his dad anyway.

They burst into a cheery song about beautiful sea life.

Everyone hates Splash coz he told the secret. Splash and dad has gay sex in the cell without realising it is wrong and incestrous. Ok I bullshitted that.

So the octupus caught the whale and tied him up in a shiny purple liquid for 2 hours and amazingly, blue whale does not die.

This is because he is a bloody CHRISTIAN WHALE AND IS BLESSED WITH GOD'S LOVE.

Now, Christians, this is going too far. We atheists try to give in already. When City Harvest people come and harass us, we know they are coming as we can smell a Christian from a mile. So when the City Harvest guy pesters us, we stab him in the stomach with a penknife and then rob him of his belongings.

We are civil enough to Christians. But must you Christians do this to us Atheists?!! WHY?? Why when we least expect it?! We would never have thought that whale is christian!! And then they all now suddenly burst into a cheery song about GOD's LOVE!!

A freaking Christian whale! I blacked out at this point of time so I did not live to see whether the Octupus is Jewish or not. But anyway, lets go on to more Malaysia. 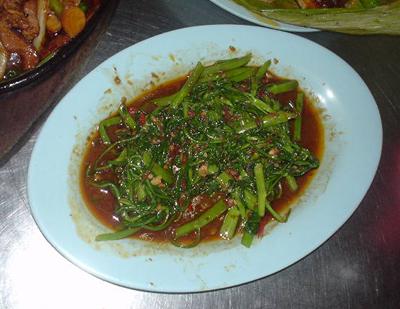 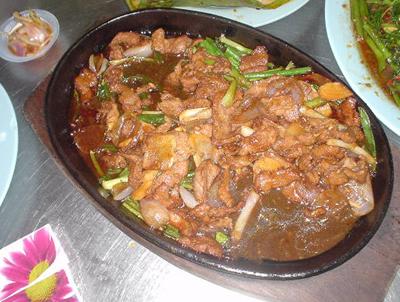 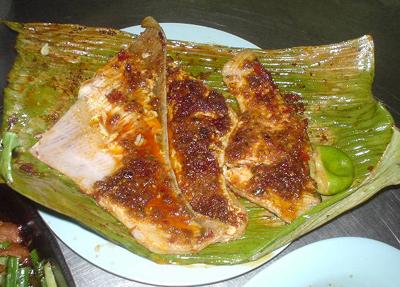 Its a freaking causeway, and things are so much cheaper! Me and BlueBalls spent a mere $7 each for the food, inclusive of drinks! Where can u get such cheap stuff! If I'm from JB, I would be fucking fat, thats what I would be...