Ok before I forget, here�s a little piece of information I would like to share. In any case if you managed to swallow the 2850 words I wrote in my last last blog entry, you would realise that you terribly miss the colour of pictures in this plain website.

Well, for an infinite period of time, THERE WOULD BE NO PICTURES! Why? It's because, I realised with rude shock, that my stupid com does NOT HAVE A �D� or �E� drive!!!

Since this is the case (no doubt the works of a mysterious hacker who hacked into my com to remove the drive out of spite), I cannot have pictures.

Now, the smart you would be wondering. What has having no CD drive got to do with pictures?

The thing now is, my Adobe Photoshop CS has expired after a blissful 30-day trial, so I plan to uninstall it and install it again, this time checking out the serial key first. HOWEVER, THERE IS NO D DRIVE! No photoshop=no photos. And I am too lazy to go to download.com.

As you guys would possibly have realised, imagestation screwed up on me. I found this burnt CD of mine, which contains all my photos! How lucky! BUT THERE IS NO D DRIVE!

So this website will remain screwed FOREVER until the mysterious hacker puts my D drive back in back, and hopefully as a bonus, throw in a DVD writer as well.

Anyway Camblog seems to be screwing up on me as well. I welcome suggestions to where I can host an infinite amount of photos without it ever screwing up. Please email me!

Ok back to our topic at hand, dustbins.

The one thing, which must have pissed everyone off when they are taking the above transport nowadays, would be dustbins, or the fucking lack of them.

Seriously speaking. If you have a piece of garbage you wanna throw, you would realise that there is no bin (AT ALL) for you to dispose of it. If you can find a dustbin in an MRT station, good for you. Please treasure it and sell it for a million bucks, for that must be the only dustbin in all the MRT stations. You would have to resort to burning garbage, and they would fine you.

WHY? Why has SMRT decided to remove all their precious dustbins from its loyal patrons like you and me?

a) Dustbins are smelly;
b) They are thinking of gathering all the dustbins and selling them at a high price to Sri Lanka by telling the locals that the dustbins are magic stones which can make rain and make crabs get caught easily;
c) They love people littering so that travel guides would stop saying Singapore�s MRT stations are like hospitals;
d) They just did it coz they hate us;
e) They just did it coz they hate us as no one is buying the products advertised on the MRT board which is MEANT to show us arrival time (like the good old days) but keeps flashing gastric products;
f) They have decided to retrench dustbin-emptying staff without realising that they would have to hire more people to pick up litter;
g) They suspect that people might put the dustbin over their head and pretend to be walking dustbins and thus refuse to pay MRT fares;

h) They think that bo liao people might put bombs into the dustbins to blow up the mass amount of patrons in MRT stations. No doubt the *oooh! am I scared! * interchanges like JURONG EAST and Raffles place is in the most danger.

It�s a tough question which the majority of us would have difficulty answering. All the options seems feasible and logical.

The answer is H.

Yesterday, I was eating some Mos Burger while waiting for a friend to arrive. Just when I bought the burger, he called to saying he is two stations away, and I rushed to force the burger down, as being the good citizen I am, I will NEVER eat on the MRT. It is very rude indeed.

It turns out the two unfortunate mix of events caused me to finish the burger on the dot just before I entered the gantries.

Logically speaking, I used my index and thumb to hold on to the sticky piece of shitty wrapper while waiting for the train. CAN YOU IMAGINE HOW STUPID THAT LOOKS?

I looked around frantically for a dustbin, but with no avail. In the end, I got so pissed with the sticky wrapper, that I left it on a deserving fire extinguisher. Why, I am a litterbug. SO? BLAME ME WILL YOU?

I can so imagine the fuddled old board of directors going into a meeting: 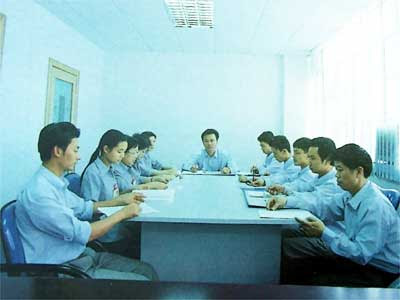 D1: Recently there have been reports of bomb scares in MRT stations. While the reports are bogus and harmless in essence, it is not good to have our corporate image tarnished. WE WILL NOT BE KNOWN AS A TRANSPORT SYSTEM FOR FEEDING BOMBS! We are here to provide transport for Singaporeans, amidst it being too fucking expensive, BUT SAFE AT LEAST!

D2: Yesterday you said you want the world to die, best if it happens at Ang Mo Kio coz that�s the hottest MRT station in Singapore. Actually I think its Clementi.

D1: ENOUGH! You guys are not listening! We have a crisis here! WHAT CAN WE DO TO PREVENT THE BOMBING FUCKS?!

D1: *rolls eyes* The thing is, we cannot prevent the terrorists from taking MRTs.

D3: Yeah what makes you think so?? Osama very rich what!

D1: I think, since we cannot prevent them from taking MRT� ANYWAY SMRT MUST BE KNOWN AS A STATION WHICH IS NON-DISCRIMINATING! That�s why the xiaxue girl�s suggestion that we ban stinky ah pehs will NOT be accepted! Despite me agreeing that it is unfair to the durians. Back to my point. We must prevent them from putting bombs. I welcome suggestions.

D4, meekly: How big are the bombs?

D2: Pamela Anderson�s ones too big to hold in one hand wa ha ha ha ha!

D4: Wow. Ok, as I was saying. They can bring the bomb in, but they must not have places to hide the bombs.

D4: If the terrorist holds the bomb in the open, he would have people trying to stop him. Even if they don�t, he has to sacrifice his life to have the bomb explode and kill the maximum amount of people.

D1: So we should get rid of dustbins.

D1: They can put bombs in dustbins.

D4: They can still put the bombs in other places, like under the seats.

D1: Yeah but an exploding dustbin is far less glamourous than an exploding seat! Look, I can imagine headlines alright? �EXPLODING DUSTBIN IN MRT STATION KILLS TRILLIONS�. How gross is that for our corporate image?

D3: How about people who eat Mos burgers and have no place to throw their wrappers?

D1: Well, screw them. They can always leave it on top of the fire extinguishers.


We Singaporeans await, gloomily, the day when the dustbins will come back.

No, the toilets are still around, but I am talking about Beckham�s latest news that he has been fucking a Loo.

By the way, I think fuckaloo sounds damn funny. Maybe they should use this word for people who fuck outside marriages.

�So you think your husband is damn faithful? You are wrong! He is the biggest fuckaloo I know!�

So anyway, I am happy.

I am very gleeful when people in my top 15 shaggable list have problems with their girlfriends/boyfriends/wives.

After all, Beckham is 7th or something right?

Since Beckham has been proven to be attracted to less than posh boobs, I�m sure I stand a higher chance shagging him. Well, it IS a step closer! If Posh divorces him (which she most definitely would not unless David-I-am-freaking-rich-Beckham has a small dick but since Loo said she had the time of the life or something, Beckham surely has a respectable member), I would stand a higher chance of making Beckham fall in love with me.

So anyway, here�s what I plan to do to Beckham the next time he is here in Singapore (which hopefully is in 1 month�s time so that I can tag along with the sports team to meet him). It is a very detailed plan of how I can manage to get him to *ahem *:

�Its Wendy. But nvm. As I was saying, would you like to have sex, and then do the interview?�