Skip to main content
- April 13, 2004
Singtel Blog Competition, dated 7 April 2004
In reply to Sel's entry, which she will no doubt claim it isn't me she's talking about, I have to say this. I have a right to suspicion, and voice it out. If its not her, people have eyes to see for themselves, and not trust my judgement.

Blog reader Neo saw what happened, and voted Posh down a little. Immediately, Posh's went up to counter Neo's votes, and mine stopped dropping. After pushing hers to an ideal, the mystery person started to vote me down again.

Now, what can be concluded?

I drew my own, and I aired it. If its really not her, then too bad, coz somebody made it seem like it. I only believe my own eyes.

And what do you mean not everybody loves me??! EVERYBODY LOVES ME. Some are in denial, and some are just faking it. =D Some may seem like they really don't like me, but in fact they are trying to get my attention.

Anyway, the thing now is, I called Singtel up with a very jaded voice (please take a long at Keito's votes) and complained a hell lot about the flawed system.

Rumours are flying everywhere about how Singtel is only interested to earn money from this thing, and obviously contestants are voting for themselves (i didnt say I don't, nor did I say I do), etc.

A long conversation later, organiser Phillip (if i spelt his name right) promises future benefits for maintaining integrity in my blog (ie not voting for oneself) - for example being ambassadors in future events. One wonders how much truth his statements contains. To a certain extent, it could be seen as a way to pacify me to stop me from deleting this whole blog away altogether, or stopping to blog.

I have decided, however, to believe his words I guess. Should it not come true, everyone would know that Singtel is a big fat liar. Anyway, if they disqualify me or something, I would continue blogging on my usual blog at xiaxue.blogspot.com, which is the best pink site in the world.

The conclusion? Stop voting Posh out (for christ's sake look at her votes). If you think I should win, vote for me, IN. Singtel says that they would implement a voters' count, so that at least we can see how many people are voting. However, when this will be implemented is another issue. Maybe after I get voted out this week? Then whats the point?

Its alright, people got eyes to see who has readers/supporters, and who doesn't.

Sorry Singtel dudes, but I am feeling really doubtful about everything now. I can't help, but feel I am being spoken to in a condesending manner, as if I'm some ah soh asking for more veggies in her chicken noodles. If Singtel doesn't do anything about this, then I guess I will just QUIT.

Thanks for reading so much. Now back to real blogging ok? I get feedback from people commenting that they love my previous blog so much more.

Two things:
1) I'm now a journalist, so I do have to watch my words, or lose my job. Please try to understand that.

2) I'm sorry if u are bored by entires related to this competition. I guess since blogging is about my life, I would surely blog abt this contest, since its in my life!!

That day I think Ben was lamenting as usual about how a great person with a nine-incher like himself cannot get a girlfriend. I told him to use his dcik to slap whoever dares reject him, and she will come beg crawling begging for another whack. Ben cried, so I told him..

"No la! got compared with Brad Pitt all that one leh... Plus Bill Gates also u know...!"

He gave me a touched smile. (The Ben part is totally fiction) Whatever it is, it led me to wonder... Who will be the top 15 men I would like to shag??!

Ala FHM style, here you go, the bloody privileged few.

Alright it is not this particular queer looking Levi's model, but the one we often see on MRT poster/orchard underpass. I can't find the exact picture. The one I'm talking about is the picture of the guy which his butt facing the camera and half his body in the water.

My god, that butt!!! Makes you just wanna smack him, the naughty boy! And he's cute too, despite the little bits of white hair at the ends. Besides, this is one guy who have done mermaids before, so he would possibly appreciate warm, none-slimy females. Cool.

I am sick of hearing his sick voice. Its gross. He sounds like he doesn't get enough. If good sex could shut him up, I'll do the sacrifice. Anything but Fei Yu Chin's singing.

The fact that he doesn't have armpit hair and has only 3 toes on each feet and 4 fingers make him look so damn sexy.

I want him to tell me I'm better than Sammi Cheng. Anyway, here's one guy who'd possibly appreciate my boobs wahahhahaha.

Am I the only who had enough of his Shu Qi fixation? Enough is enough. HER EYES ARE TOO FAR APART!!! Why don't men see it?!

Anyway, I'll show Edwin Shu Qi is nothing. Abso-fcuking-lutely nothing. Compared to me of course. Xiaxue=sex goddess

No bubble baths can save Shu Qi after I give Edwin the time of his life.

But usually Beckham looks pretty shaggable! Let me try to put another picture of him...

AUUUUUUUUURRRRGGGHHH!!! WHAT WENT WRONG??!! WHATS WRONG WITH BECKHAM??! WHY LIKE THAT??! 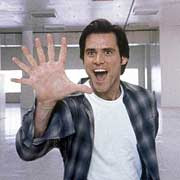 Did you see that orgasm he gave to Jennifer Aniston??!

It was a tough choice between Peter Pan and Superman, because I thought sex while flying is way cool.

I decided on Pan because of three reasons. 1) Pan is cuter. 2) I am into paedophillia. 3) Even if he was thinking of another girl in bed, he would still say.. "Oh Wendy.." and thats fine by me.

And the little jungle suit is darn alluring.

You sneer. I beg to differ. I met Ping Hui (woah, my friend ah) at the press conf for Spice Siblings a few days ago, and till now I'm still weak at the knees ok?

Not only is he super hot, he seems genuinely a nice person too.

Me and him are sitting down.

Tay: "Sure!" Proceeds to stand up and tower over me. *looks shocked to realise that he is so much taller.

The photographer prepared to shoot, but told us to wait coz he needs to change the lens.

Me: "Haha I told him to do that so that I can sit beside you for longer..."

Ping Hui turned, looked at me in the eyes, and looked a mixture of puzzlement and amusement. When I was drowning in his puppy-like eyes, he said, "But, all you have to do is ask!"

Afterwards he said, "Hey you must send me those!!", and proceeded to give me his email but as usual I am too hum chee to do anything about it.

Only if I have Aids.

She is really perfect, because she can become ANYTHING you want, be it donkey or Brad Pitt. But then again, some things are better authentic. Like our winner.

Declared by me as the most fcukable creature of the year 2004. Legolas is an elf who never dies and never gets dirty (dirt ok, really dirt). However, some suspect he is having an affair with ugly drawf Gimli.

It would be damn cool to have sex and have him moan in Elfish! And then you can lick pointy ears. So cute!!! I personally would have him play human darts with me, since his aiming so darn good.