Just a short blog before I go to bed.

According to reuters, BMW drivers gets the chicks.

How cool is that?!

It seems pretty weird that the Porsche drivers don�t seem to be getting any. Come on, 1.4 times a week is paaaaaaaaathetic. At least if you drive a Pors.

Today, I went out with a guy friend of mine who drives a black BM (courtesy of daddy).

Me: BM drivers are supposed to get laid more often.

Him: Huh? I�m not getting any!

Me: That�s because the car�s not yours! Your dad�s stealing all your chicks.

Once there was a filthy rich man who is very miserly. He wanted someone to paint his big porch, but was only willing to fork out S$50.

He put up an ad asking for people to apply if they wanted the job.

The following day, there were, not surprising, no applicants. Except one. It�s a blonde.

�Are you sure u are up to the job?� asked the rich man. �You have to paint the whole porch u know!�

�Sure no problems dude!� said the confident blonde.

The man left the blonde to work while he went back into the house to enjoy some tea.

Half an hour later, the blonde rang the door bell.

�You are done already?� the rich man exclaimed. �How can that be? The porch is so big!�

Oh oh I just thought of one more.


A young ventriloquist is touring the clubs and stops to entertain at a bar in a small town.

He's going through his usual run of stupid blond jokes, when a big blond woman in the fourth row stands on her chair and says:

"I've heard just about enough of your denigrating blond jokes. What makes you think you can stereotype women that way? What does a person's physical attributes have to do with their worth as a human being? It's guys like you who keep women like me from being respected at work and in my community, of reaching my full potential as a person ... because you and your kind continue to perpetuate discrimination against not only blondes but women at large ... all in the name of humour."

Flustered, the ventriloquist begins to apologize, when the blond pipes up,
"You stay out of this. Mister, I'm talking to that little guy on your knee!"

Went to the Heineken Starbar event with Eileen, coz I covered it and we could get free Heineken. ;)

Here�s a blur picture of Chelsea Gibson jazzing the place up.

Now here�s my view of the band twenty minutes later.

There was this stupid women with super gross hair who kept standing right in front of me during the band�s performance.

There was plenty of space for her to move, but she seems bent on frisking my face with her wiry hair. I told her three time, no less, that she is standing too close for comfort and blocking my view, but she simply moved back. Urgh.

Speaking of Heineken, Eileen and I met this cute guy there.

Eileen�s like totally smitten with him, but I find�


His head is just so damn big.

It is so big, that people would notice it and comment that it�s big. We called him dua tao.

A: Why is Wu Zhong Xian late for his concert?
B: Because his head was stuck at the door.

So anyway, this dua tao guy is possibly pretty cute, but I just cannot get past the big head thing. Isn�t it damn funny? The thing is, you know u have a big head, you should have flat hair what. BUT NO! Hell that man is proud of his big head.

He has long hair spiked up!

He is the one in the middle.

I realise that he doesn�t look that big-headed in the pic.

Let me try to use photoshop to rectify that.

Anyways! Eileen�s really interested in duatao (or she could be drunk), so if you know him, pass me his number or something.

And don�t tell him I said his head is big. Which is he, and he should know, but that�s not the point.

Just today, I watched Blood Brothers. GOOD SHOW!! Pretty much boring in the front, but a great twist at the end. 3 and a half stars. ;)

3) The Power of Association

And yes I realised that this blog entry is no longer short.

I was just thinking about this the other day.

You are who you are with.

How true is that?

You are a cashier at a supermarket.

A person buys a bottle of whipped cream

Now, this person buys the whipped cream with 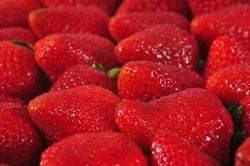 YOU WILL ASSUME THE FELLOW IS BUYING THE WHIPPED CREAM FOR BAKING A FREAKING CAKE.

The person buys the whipped cream.

Now consider the role of the whipped cream you assumed.

From an innocent backing item, it has effectively transformed into a sex toy!

Thus, is the power of association.

(p/s: Ardent blogders would know that some time ago I tried to get into the �act rich� image (which cannot work if I am a reporter). I think I did not succeed because my friends are not interested to act rich with me, ha ha.)

If image is important to you� then careful who you are seen with.

Got this from an email from blogder Steven:

Inside the cage, hang a banana on a string and place a set of stairs under it. Before long, a monkey will go to the stairs and start to climb towards the banana.

As soon as he touches the stairs, spray all of the other monkeys with cold water.

Now, put away the cold water. Remove one monkey from the cage and replace it with a new one. The new monkey sees the banana and wants to climb the stairs.

To his surprise and horror, all of the other monkeys attack him. After another attempt and attack, he knows that if he tries to climb the stairs, he will be assaulted.

Next, remove another of the original five monkeys and replace it with a new one. The newcomer goes to the stairs and is attacked.

The previous newcomer takes part in the punishment with enthusiasm! Likewise, replace a third original monkey with a new one, then a fourth, then the fifth.

Every time the newest monkey takes to the stairs, he is attacked.

Most of the monkeys that are beating him have no idea why they were not permitted to climb the stairs or why they are participating in the beating of the newest monkey.

After replacing all the original monkeys, none of the monkeys have ever been sprayed with cold water. Nevertheless, no monkey ever again approaches the stairs to try for the banana.

Because as far as they know that's the way it's always been done around here.

The analogy has been used on company policies in the email, but I feel it could be used for religion as well, or any other thing that involves blind faith. Blind faith is STUPID. Why do people not question?

I do not mean to be offensive here, but remind me again what�s the problem with eating pork? Yes, it was dirty in the past. Now it�s not. AND DOGS ARE NOT DIRTY. =(

Alrighty I will get hatemail for this.