Oh this is shitty, I got absolutely nothing interesting to blog about! This is a very dangerous situation, because the last time this happened I decided to blog about how much I hate Michelle Saram, thus resulting in me having to do nauseating research on her.

How very unsettling on the stomach.

Meanwhile, just some normal mundune updates. Bear with the boring stuff first. If someone makes me angry (actually someone has, but she reads this blog and I am not one to shit where I eat), I would have more interesting posts. I think. Or maybe if I meet some new guy...

I covered Pradhana Vizha 2004 (Indian Star Awards). That alone is the toughest article I have ever encountered!

Something very cute I realised. Indians speak very fast because it seems to take a lot of syllabus to say a single word!

Me, to Indian colleague Rina: What did he just say?

Rina: He said he is very happy.

Mua ha ha ha ha ha! Either my observation is correct, or my colleague is patronising me.

AS A RITZ CARLTON WAITRESS.

This year, I get to sit down comfortably to watch the show - with a totally different status.

Alright this brings me to another topic.

Am I all high and mighty now that I'm working?

In the past, I hated teens who refuse to work as waiters/waitress just because they think they are better than that.

That day, Potty Py was telling me that Larry, an ex of mine, was scared he would see me at Ritz Carlton during his prom (we have some grievances).

"Siao ah he. Ask him to flip open a copy of TODAY and wake up his idea. I don't have time to work at Ritz Carlton lor!"

OMG WHAT AN ARROGANT BITCH I AM!!! *slaps self* I shall learn to eat some humble pie. I am only an intern, not a real journalist!!!!

However, I really don't think I would work for Tiger or Ritz anymore. It can't be blamed right? What if I see my boss/newsmaker/colleagues there? It would be... a bit paiseh.

Oh yeah I got something else to bitch about.

FUCK ALL THE PEOPLE WHO SAID "SHE IS JUST AN INTERN"!!!

Yes, I am just an intern.

Haven't YOU been an intern before? What makes you think this intern would not be your boss in future?

WAKE UP YOUR IDEA!

It was an intern who fucked the president of the United States!


Actually that is nothing to be proud of, but thats not the point! The point is, WAIT TILL YOU TASTE THE POWER OF THE INTERN!!! I am a super-intern! Yaaay!!

My subeditor (photo deleted because he says he looks like a greaseball in it) says that he hereby promotes me as Executive Associate Senior Chief Intern. 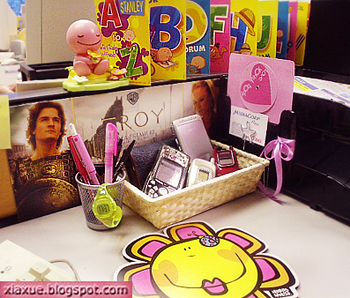 Back to Pradhana! My god what a big digression.

Shianux said that I would never understand how it feels like to be part of a minority race, because in Singapore the Chinese have the biggest population. 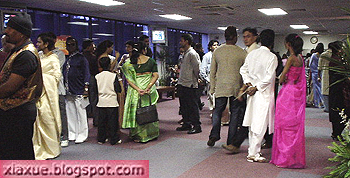 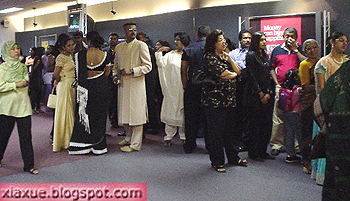 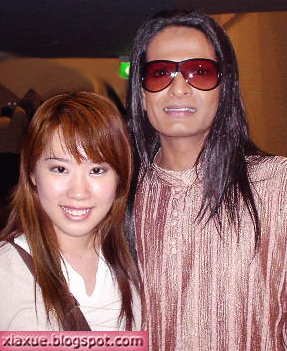 He looked extremely tall beside me so I tried to pull myself up, thus smudging the background in the process.

Some pictures of myself... 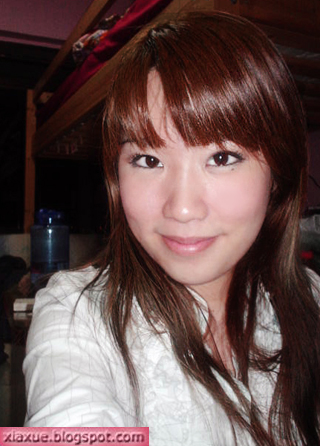 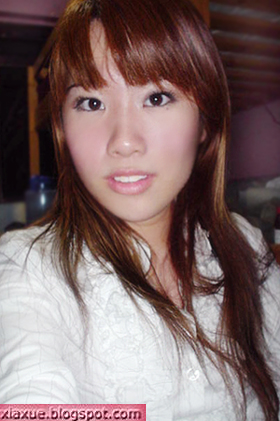 I think that the second photo looks weird. But in any case, isn't my photoshop skills damn good!!? I think it may not be that good a thing. The more my skills improve, the less the pictures looks like me. =P 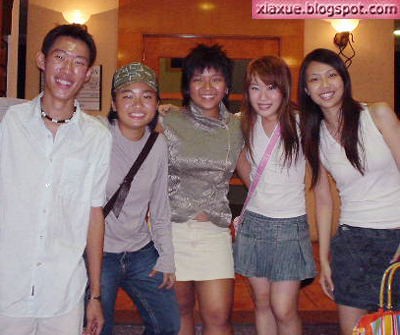 Went out with Ghimz, EK, PY and XF. Very happy. I miss them so much.

On a last note: 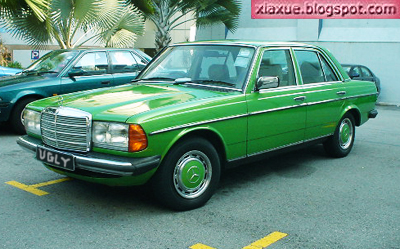 Isn't this the most hideous thing you have ever seen?!

I don't understand why anyone would make their mercs a pistachio green colour. Don't they get it? *snaps fingers twice* Hello? Green not good with mercs! Mercs, don't go with GREEN!! Which part of that is difficult to understand?!