Doctors are paid too much!

Alright, I was just about to blog about something I feel very strongly against when I opened BLOGGER to realise there are new changes to it ... Look, now we can change font colours as we like too! How cool is that?

So anyway, back to the topic at hand.

May I digress: He is quite good looking, except for the bow-tie and stiff hair. So anyway, a surgeon, saying something about needing to donate money to the Children's Medical Fund because medical fees are expensive, and the children need our help.

I was looking at his ridiculous bow-tie and thinking, "yeah, donate, need help, children" in a groggy sort of manner, but it hit me - hard.

Am I the only one who thinks that there is something really wrong with what the doctor said?

If you still don't get it, let's teacher Xiaxue enlighten you: 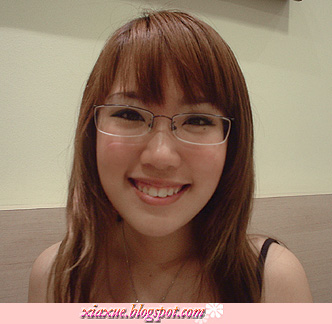 Of course, this is rather bullshitty, because this is how society works. DOCTORS GET MONEY.

Now, we should question, really, why should Doctors get so much money? Do they work really hard? A bangala works harder, really. But they save people's lives, so they should get paid! Bullshit. If I see you drowning, I should jump in and save you right? Or should I ask you to pay me first, else I will let you die? How about nurses? Nurses work hard and save lives too (sometimes, if you pull the emergency nurse help strings in toilets), why are they paid such a meagre amount?

Or maybe, it's because doctors are smart? Doctors NEED (having fun with the colours) to be smart to save people. Else, people will die - and that would be grave.

So, in order to get entice smart Doctors to work for the nation, we offer them prestige, and we offer them money. Then aren't these smart doctors all cold-hearted creatures who do not really care about saving lives, but about their credit cards and mercs then?

Not fair to say that, of course, the rectangle is not a square but a square is a rectangle. What we can conclude is that without money to entice many people to try to take Medicine studies and from there, sieve the best doctors out, we will only end up with kind doctors who might not be so good - although they are very concerned with saving lives.

Of course, you would see it's not the doctors' fault that they get paid so much. If you ask a doctor why he is worth so much money, he will give you this answer: "Because I am intelligent and my work should be paid more as I am the elite."

When you tell him God (if there is one) gave him his intelligence not to let him be mercenary but to use it for the good of others (meaning he should save lives for free, or maybe freelance or something), he will blabber and give you this retort:

"But, I spend so much money on Medicine school, and seven years of my life studying! Why should I sacrifice?"

Let's pull lawyers into the picture.

WHY SHOULD LAWYERS GET PAID SO MUCH?! They are fighting for justice, aren't they? Why shouldn't anyone fight for justice? If someone fights for justice for a living, why should he be paid a ridiculously high amount? Shouldn't he do it just because it is right?

Because it's hard work? Not really. Because it is difficult work then - not anyone of the rest of us normal common folks can understand Law. OK, so it's the same logic as doctors, we need to sieve smart lawyers and doctors, because these occupations involve HUMAN LIFE. A wrong trial, or a wrong nip - could cause death. It is vital.

Back to the topic of Law and Medicine school.

Oh. It's the lecturers isn't it?

Because the lecturers, being lawyers and doctors, are expensive to hire!

Why are they expensive to hire? Because their own law and medicine school fees are expensive too.

It's stupid. I mean, I do think it is inevitable that doctors and lawyers are paid more, but looking at Gerard Chuah talking about asking us to donate money - about being kind and magnanimous! Someone should give him one tight slap. Yeah, we donate to your pocket so that you can change a new Rolex? How about sucking my cock?

HIM TALKING ABOUT CHARITY. Why not be a doctor for a free hospital then? If he is not willing to work for an average amount, say, $4,000 a month, then admit he is a money-loving old prude and stop acting like he is so kind, kind enough to advise people to donate anyway.

My theory is this: People who get to do jobs which gives them big satisfactions should not be paid so much. (Reverse is also true, garbage cleaners should be paid more)

Case in point, DOCTORS. See, doctors, when they save a life, I think that the amount of job satisifaction should be really high. Like wow, I saved a life today! Ditto lawyers.

OK, I have just contradicted myself, because, as I said, intelligence is a factor. Garbage cleaners do not need to be smart and doctors need to be.

BUT I AM FEELING URGH!!! It is just NOT CORRECT! Ok I've got it. I think, that since doctors are getting so much money in saving your grandma's ass, then they should be stripped of the prestige. From now on, stop saying that doctors are great people who save lives. THEY ARE PAID TO DO IT!

What the fuck? Why should we go like, "THANKS DOCTOR, YOU ARE A LIFESAVER AND A REAL CONTRIBUTER TO SOCIETY!" Shut up twerp, he is getting paid for it. He'd better do his best since he is paid so much. Duh.

My theory of job satisfaction inversely proportional to income still stands for one occupation though: 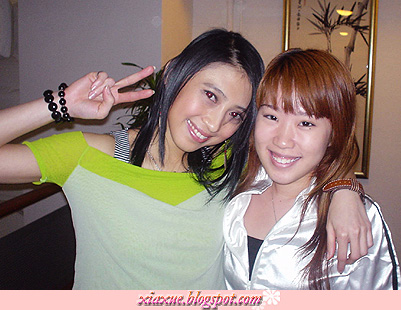 Who doesn't like to sing? How many good singers do you know? Is there really a lack of them? These singers get to sing and get paid for it, and while at that, they are idolised and showered with gifts and etc! Such job perks, why should they get paid so much?

So we should all buy pirated CDs - until the companies wake up their idea and sell CDs for a reasonable price such that all singers get paid an average amount of $3,000 a month.

Alright I am just blabbering my thoughts here, so if you have anything you want to disagree with, please be kind with your words k? I wanna know what you guys think.

If you are unkind, I will whack you with a brinjal. 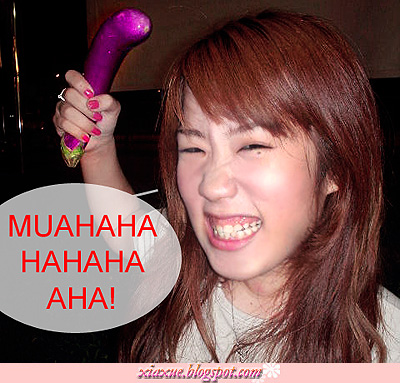