EXTERMINATE THE EVIL THAT IS PARSLEY 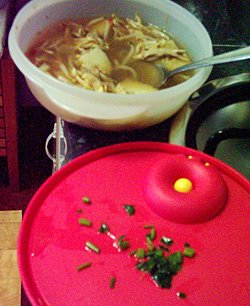 As it is I am already a person who gets irritated easily.

Lots of things irritate me: the weather being too hot or too cold, flies, ants, various smells, and ingrown hairs, among many many others.

I don't like to be irritated but I can't help it. I mean, I can put on a false front and pretend I am not irritated, but that irritates me too, so it's kinda pointless.

My friends have to put up with my endless grumbles and I think one of the things they cannot stand is when I complain endlessly about food.

I want to be nice to them and end it once and for all.

I don't know what's wrong with Asians, but we cook great food, and then always decide to grind some grass and sprinkle it generously on top of everything.

IT IS AS IF PARSLEY (OR CORIANDER OR SHIT-GRASS, CALL IT WHATEVER YOU WANT) IS FREE AND IF YOU DON'T EAT IT IT WILL OVER POPULATE THE WORLD.

I know Western foods have parsley too, but at least it is in one big piece and you can just throw it back at the chef's face. That's kinda mean and unreasonable though, because guess what? THE ANGMOHS KNOW PARSLEYS ARE FOR DECORATION NOT EATING.

I also know I have complained about this before, but seriously, I had ENOUGH.

I cannot count the amount of times I have picked through my noodles' soup to get the fucking parsley out of it, and I cannot UNDERSTAND why they have to put it in.

THEY SIAO IS IT?? A survey I have done with many people showed an amazing statistic: AROUND 50% OF THE POPULATION HATES PARSLEY.

Yet, it is striving! In fact, I bet parsley farmers, those SOBs, are earning like trillions daily from plucking awful grass and poisoning otherwise delicious food. Parsley farmers can fly private jets but they all die of bulimia soon enough; parsley is that smelly.

I HATE PARSLEY. I hate it SO MUCH, I actually vomit when I accidentally bite into one.

AND YET, IT LOOKS LIKE A NORMAL VEGGIE. It constantly ambushes me when I least expect it, pretending to an innocent xiao bai cai or something, and delibrately ruining my social life when I start to regurgitate all my food out like a barf machine.

I have all reasons to hate parsley. If it tastes so awful, the least it could do is to differentiate itself from normal veggies. I think a blue-ish brown colour would be perfect for it.

YOU may say things like, "It's ok what, it doesn't have much taste..." in a nonchalant manner and think that I am making a big fuss...

BUT THAT'S YOUR TASTEBUDS RIGHT?

How about this little analogy... Would you like me to put shit into your food? The smell of parsley makes me barf, so does the smell of shit. I have never tasted shit, but I'm sure parsley is worse.

You may also argue that shit is dirty and parsley is not. WHO CARES?! Same shit, different elements.

HOW ABOUT DURIANS NOW? Would you durian haters like bits of durians ground into the food you ordered? WOULD YOU? Would you like to spend 15 minutes fishing out the durian bits before eating? HUH HUH?

You fucking parsleys ruin my life!

I am acting like a drama queen again? And I can ask food sellers not to put parsley into my food?

That day, during a family gathering, the adults ordered zhu chao, and for the kids who did not eat spicy food they ordered prawn fritters.

To my horror, the otherwise yummy fritter DOUGH WAS HALF GREEN IN COLOUR.

The fucking parsley was grounded and MIXED into the DOUGH!

Prawn fritters? Are these sellers CRAZY??

There was no way we could get the parsley out, and all the kids hated parsley, so the dish was left UNTOUCHED.

I should have taken a handmade catapult and pelted the shitballs of ruined prawns onto the chef until he cowers for help and whimpers, "Never again will I ruin food by putting parsley in it, Wendy, never! Oh, not my balls, anywhere but my balls!!" (Me: "FUCK YOU FUCK YOU FUCK YOU")

That day I asked this prawn noodle auntie not to fucking put parsley in my noodles. I told her once, and she feinted ignorance.

I repeated myself AGAIN, because I'd rather be sodomised than PAY for a service and a product I hate. (It's not about it being $3; it's principles)

This time she nodded and said ok.

I hovered around for a bit and decided to let her deliver the noodles to my table. I politely requested again I didn't want the green bits near my food. She nodded again.

When the noodles arrived, it was full of parsley in it.

I KNEW IT. I know her type. Everytime pretend to hear, and in the end sell you the same damn default product.

Excuse me if you think that my $3 is too difficult to earn by remembering not to put shit-grass into it, then please let me know, and don't waste the both of our time. I can always look for people who are willing to not put parsley in my food.

I saw the noodles, and seriously, I understand that she can manage to forget my order, because my friends also ordered from her and she was busy. See, I am a nice girl.

However, I did say softly when I saw the noodles, "I thought I said I don't want parsley..." to June, and guess what?

"HUH? Must put this one then nice to eat, you don't know how to eat prawn noodles!"

OH, SO SHE DELIBRATELY PUT PARSLEY IN IS IT??! Unforgivable!

EXCUSE ME FUCK YOU OK SINCE WHEN IS IT UP TO YOU TO DECIDE WHAT FOOD IS GOOD TO EAT??!

I got SO angry with her stupid, irrelevant, self-righteous statement that I immediately started to flare up, and if I weren't well-controlled enough to wait till I reach home to rant about her online I would have slapped her greasy face there and then.

If I liked parsley I would not have asked 3 times not to put it in ok!?

Fuck man, these aunties are so fucking stupid!

That's it. There's one simple solution. People who hate parsley cannot eat it, but the crazy people who like it can do without it. In future, all food stores should have parsley in a little side petri dish (or not) which is air-tight, and people who like parsley can take their fill from the dish.

This way, nobody accidentally pukes.


UPDATE: It is bloody parsley and not spring onions. Stop arguing, I know what spring onions look and smell like. It's just that its wet therefore it's all rolled up, and the little light green stems are parsley stems.
- February 24, 2006
Newer Post Older Post Home