- March 03, 2006
This is a rather pointless entry except for a deluge of photos.

Anyway, I just dyed my hair at Kimage and it looks GREAT! I love the new shade, haha... It looks like Lindsay Lohan's colour.

I went with friends to the I'm Gorgeous party at MoS... Obviously coz I'm gorgeous, darling.

I'm bored of the usual photo-whoring, so I decided I might as well try something more artistic this time... Hover mouse over the photos to see them in their usual state. :) 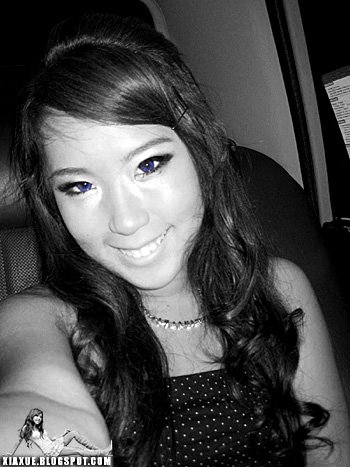 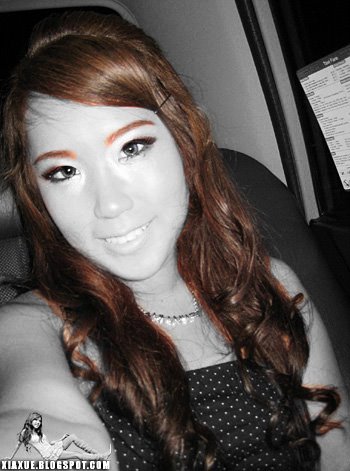 And since I was feeling pretty, I took pictures while on the cab. It's normal. Not self-absorbed. 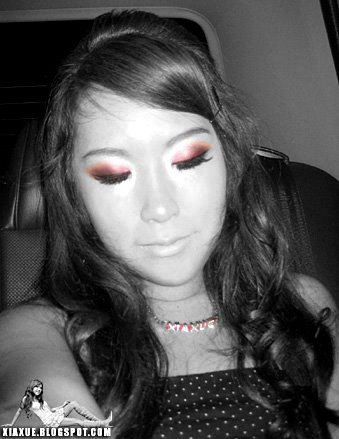 Isn't it weird how you can put on so much make up on your eyelids and still it looks like it's not that much when it's opened? So pointless.

Anyway I put fake lashes at the edge of my eyes... :D More dramatic, and for the retro effect. 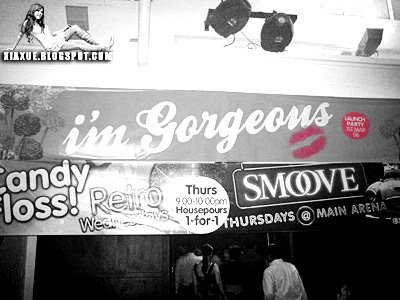 It was Candy floss retro! Isn't the name so cute? Anyway, CFR is the same genre of music as mambo. I am embarrassed to say I totally dig it. 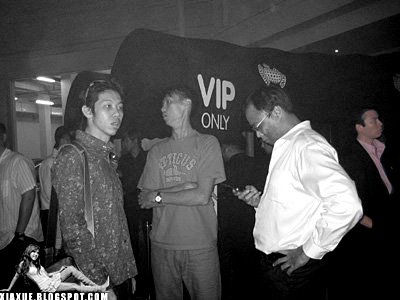 This photo is very pointless but I'm putting it up coz it is so funny that there's Adrian Mah in the background looking forlorn. HAHA! I didn't know he was there. 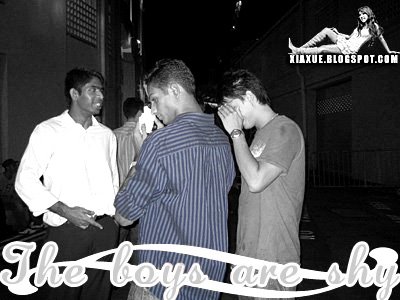 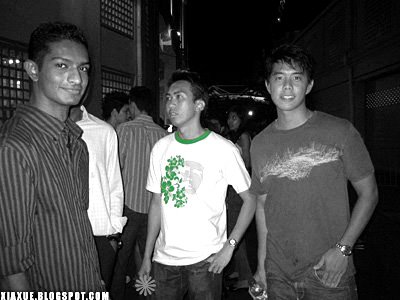 Or maybe not.
Kelvin looks like he is sick of my photo-whoring antics. 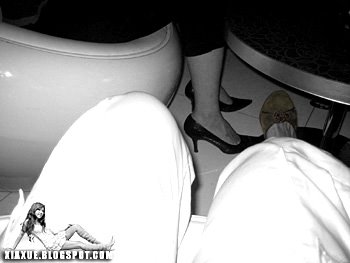 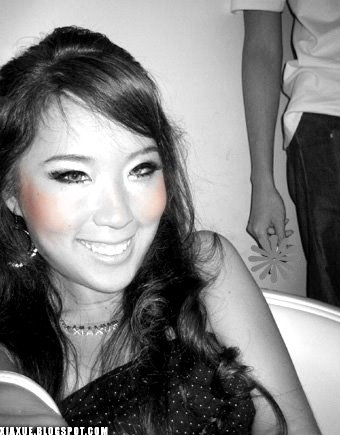 My "curry-pok" hair got flattened. By Kelvin, I think. 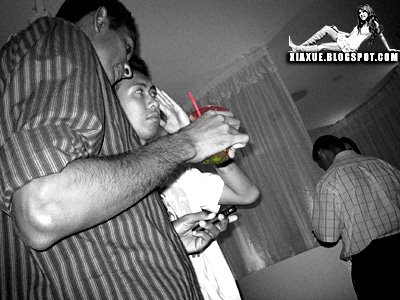 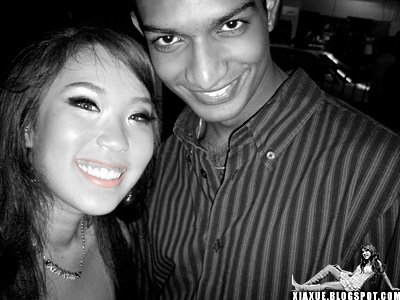 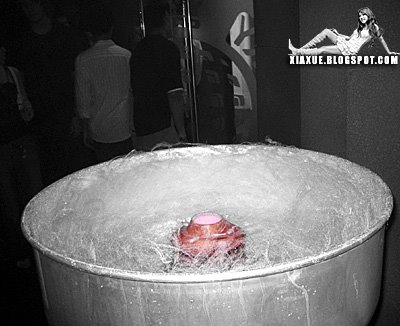 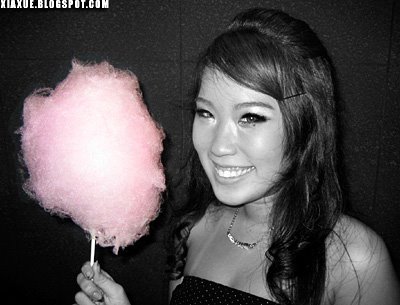 They actually serve Candy Floss! In pink too!
I hate my tanline.

But I love my hair! Yippee!