Wahahhaha! I cannot take it! Was just chatting with Kenny Sia on MSN, and he told me he just found Jolin Tsai's blog.

It's fucking funny! Kenny told me to read it, but apparently my eyes don't take too well to small Chinese fonts. But I did see the sidebar... It says, "Princess files" when translated literally.

Which led to this MSN chat:

I must become rich! says:
my blog more princessy or hers

I must become rich! says:
OEI!
how dare u!

I must become rich! says:
i shall call my mom huang hou from now on

Kenny le Sia says:
have to!
he's ur bro
a prince

I must become rich! says:
he is smelly prince then

I must become rich! says:
lollllllllll

Hahahaha! I remember like 2 years ago, I had this interview with Jolin when I was a reporter (lucky internship) for Today newspaper.

She, sitting on a stage, related a story to disinterested (only I was excited... the rest of the reporters were all old) reporters about how she thinks she is a princess.

NO. I am serious. She's not even just jesting about it.

The reason why she thinks she is a princess is because she went to a fortune teller, and the fortune teller told her that in her last life she was an Indian princess.

And she thought about it, and decided that since this life of hers is pretty good as well - you know, all the pretty nails, glamour, adoring fans, and non-stop working hours - she must still be a princess in this life too.

I looked incredulously at her, but she might have thought it to be adoration on my part.

I think she might throw a big fit and have him beheaded. At least, that's what I think princesses do....

Come a few years, and she still thinks she is a princess!! Whahaha... I know it's nice to pretend to be a princess and dress like one, but seriously BELIEVING that you are one is another thing altogether.

The funniest thing is, everyone else on her blog seems to have no problems with her self-proclamation as a princess!

THEY CALL HER PRINCESS!

I dunno, I'm just guessing, coz I can't be half-assed enough to read the comments.

I WANNA BE A PRINCESS TOO!

As such, I just visited a fortune teller yesterday, and he told me sagely that I used to be a Norwegian princess my last life. (!)

I had blonde hair that rippled to my waist, and had startlingly cold green eyes. They clashed terribly with my favourite colour then, which was orange, he said.

I asked a little bit more about my past life while smiling self-satisfiedly (I was a princess!), and the fortune teller said "Heavenly secrets are not to be divulged" but added I had a pet Norwegian dragon. 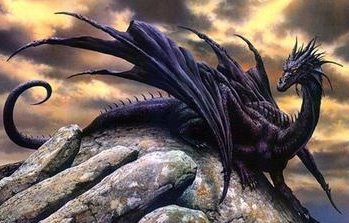 He clashes with my orange dresses too...

I would ride him while the masses admired my magnificant sight from far below, and I was the only princess controversial enough to wear an empire-cut dress while riding. All the other princesses wore pants.

My lovely pet was called Grogzjo, Norwegian for Ferocious Flyer.

I believe the fortune teller because the controversial part matches my current life's fate as a controversial blogger, and also, I have a pet dog, and we all know dogs are current day dragons.

To further prove my point, Cloudy just hurled a pile of orangish-red vomit. It's like the fire he used to breathe.

It is now confirmed that I have royal blood in me, so I am offically announcing that I am a princess.

As such, you all shall have to kneel down to read my blog, and from this moment on, certain people related to me shall have their names changed.

Please refrain from addressing them in their old names. It's a thing of the past now.

Momo: The Queen, Her Majesty

Smelly: Crown prince (yelch, but by virtue of relations... sigh)

Mike (knighted and made to dress in shining armour, all while wielding a sharpish weapon on a white horse): Lord Marquet the III (My Norweigian love then (French guy, red-headed)was called Marquet but he had a son from his first marriage named after him, thus III)

Shuyin (made duchess): Lady Teo IX of ... I haven't decided that country I am princess of.

Other people not mentioned who are friends of mine are to be called "his/her highness" at all times.

Pictures in a bit... I'm packing my room. I need a few chamber maids. What a hardworking princess I am!
- June 29, 2006
Newer Post Older Post Home