Showing posts from October, 2007
Show all

- October 25, 2007
Have you guys seen this video yet? IT IS FUCKING HILARIOUS LA!!!!!!!!!! I laughed until I almost died ok!!! Watch watch!! MY LOONY BUNS IS HOT BENNY LAVA!!!!!!!!!! It's damn fucking funny lar! The writer of the English lyrics is someone called Buffalax (I googled him and he seems like just some WoW addict) and he is amazingly talented!! I don't know how he can actually hear English within all these languages. He also did a few more funny videos, here's a Japanese one: SHIT! I knew your son!! MUAHAHA Got a Russian one too!! PORCELAIN IS THE SUREST PLAN!!!!!!! PLEASE RESPECT THE CAVIAR!! That's as logical as it can get! Can't wait for Buffalax to do a Chinese one! His talent lies in doing this man, he should set up a website and just keep doing it, everyday. His job occupation? Subtitler.
Read more 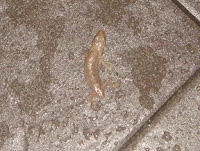 Congrats to me!! I'm flying to Macau tomorrow via no less than the magnificent Tiger Airways (trying to be ironic, in case you thought I'm serious)!! I'd be going with Qihua and her BF so poor Mikey will be left at home alone for 4 days... Tomorrow is the press conference for Fresh Air For Women, an anti-smoking campaign, and since I am one of the ambassadors I have to be there at 10am (Jesus!! Hate morning people). Yesterday I bought a lo mai gai (is it spelt like that?) and I put it on the kitchen table for maybe 1 hour... The damn thing was wrapped inside 1 paper bag and the paper bag was wrapped in a plastic bag. I took up the package, wanting to microwave it, and midway during the journey to the microwave a HUMONGOUS LIZARD JUMPED, literally JUMPED, out of the plastic bag. He flew up scrabbling and wiggling in midway (in a rather comical way, if I were not the victim) landed with a heavy and cold THUD on the crook of my arm. I screamed cold murder and flung both
Read more

Xiaxue's Guide To Life: Episode 5 - The Princess Room Learn how to furnish a princess' room if the princess happens to be poor. News Asia: Episode 4 - Iron Crotch and Castration In this episode - amazing video footage of a man with an iron crotch, and a tragic story of another who got his penis chopped off.
Read more

Shocker of the year: Albus Dumbledore is gay

- October 21, 2007
Nope, I'm not even joking, or trying to make fun of him. Two days ago on the 19th of October 2007, in New York City, Jk Rowling revealed a nugget of information that would change the course of literary history forevermore (ok, I'm being a little dramatic). I quote: When asked by a fan if Dumbledore ever loved anyone, J.K. Rowling replied that... Dumbledore was gay. Reports from the scene say a hush fell over the crowd and then it broke out in applause, to which J.K. replied that if she had known that would be the response, she would've revealed her thoughts on Dumbledore earlier. She went on to say that while she was reading Steve Kloves' script for Harry Potter and the Half-Blood Prince, she came across a passage in which Dumbledore was reminiscing about past loves, and she corrected it by crossing it out and scrawling "Dumbledore is gay" in the margin. When I first read this on Mugglenet I thought she must have been joking, but I realised she would nev
Read more

What I have been busy with: Nothing. That's right, nothing !! Nothing out of the blue that is - except that a China manicurist pissed me off real bad yesterday! The story begins with me doing hair extensions again (together with Kaykay), although I swore never to do it again because it made me lose so much hair! The problem is... although my hair is long, it is just not long ENOUGH , and the price of the extensions was going to a new low of $1 per strand!! $1 for someone to bind a bunch of real human hair to your damn head and make you gorgeous! And according to the China lady (they are everywhere in the beauty industry, I tell you) who did the extensions, the real human hair they buy comes from poor ladies (or maybe men, I don't know) in China who sell their hair to pay for school fees and food, etc!! I asked her if the hair is shaved off a corpse (si ren de tou fa, I said) and she looked at me as if scandalized and said it is impossible . I asked her how she would know for sure, and she (rather
Read more I've got nothing to blog about! Recently nothing made me angry!! Isn't it amazing? No horrible cab drivers, no rude service, nobody insulting me (excessively enough to create a reaction), no nothing! And therefore, I've got nothing to complain about - and what is this blog without my various complains?! Sigh... Never thought I'd have a problem with being perfectly happy. Anyhow... PHOTOS!! Qing qing and I shopping at Plaza Singapore before Kaykay joined us! There was this wall that was completely plastered a super girly wallpaper and I forced QQ to camwhore there. =) How is it that I am more teen now than when I was a teen?! Afterwards, we went to KTV! I know I am wearing different clothes. That's because I changed into my newly bought M)phosis (however it is spelt) gold satin romper! It's damn cute lar!! Unfortunately, to pee you have to peel off the entire suit, which is fucking stupid. Got those Good-Camera effect or not?? I specially b
Read more
More posts