I totally hated the Sex and The City movie!!

SPOILERS, so don't continue reading if you haven't watched it yet and want to do so without knowing the ending first. I will mark the end of the spoilers with red stars.

I hate Carrie for cheating on Aidan. I've never forgave her, and I never will. She not only cheated 1 time on Aidan. She did so MULTIPLE times, and only stopped when Big's wife caught her, chased after her, and chipped a tooth.

She hurt Aidan AND Natasha with her selfishness and her naivety.

I hate her for being stupid enough to spend so much of her life on bad boys, thinking they will eventually reform. They won't.

I hate Carrie for the many, many other naive women out there she represents.

We all do, and despite our repeated advice, these girls won't listen.

Why is it, we logical women lament, that these girls think so lowly of themselves?

Is it because they are constantly put down by these horrible guys, until the extent that they are convinced of their low self-worth?

DO THEY NOT DESERVE A GUY WHO IS WILLING TO GIVE HIS ALL? A guy who loves you enough to say, "You are the one" and not "I am not ready for a commited relationship right now"?

I AM FUCKING SICK OF HEARING THAT SHIT.

You fucking retarded girls listen to this, and hear it good: There can only be ONE reason why a guy will not commit to you.

HE DOES NOT THINK YOU ARE GOOD ENOUGH.

He thinks that if he leaves his choices open, he can eventually find someone better. He is unwilling to seal the deal because you are not right for him. And meanwhile, you are fuckable, sure - but very dispensible.

You think you'll get your happy ending like Carrie?

YES, if you stick around for another 10 years, maybe he will marry you in a little shitty wedding (paiseh to show you off coz you will never be good enough in his mind) coz by that time, YOU TWO ARE BOTH OLD AND UNWANTED.

There are good, eligible guys out there like Aidan, and yet, women around the world are choosing Mr Bigs. WHY? Maybe because they also want to be ditched before their wedding?

It makes me so pissed off!

I really resent that the show portrayed a unrealistic happy ending for women who choose these sort of guys. I resent that I am one of the few women who are smart enough to realise that sort of relationship is only destructive for you.

Please girls, do tell me you agree with me!

I hate guys like him so much I do curse the day he was born.

What's with this shit about it being his fucking 3rd wedding? CB, CARRIE ASKED HIM TO MARRY THE LAST TWO MEH? WHAT'S IT GOT TO DO WITH HER?

WHY, because it's his third time, then SHE cannot have a grand wedding?

IT IS HER FIRST WHAT!

Every girl wants to have a grand wedding - so because he is a big fat triple divorcee, does it mean the next girl he marries deserves a shittier and shitter wedding?

He can marry Natasha in a whirlwind romance in Paris, but he cannot go through with wedding Carrie.

OH REALLY? YOU COULDN'T GET THROUGH HER PHONE? Well I got news for you, you big fat lump of shit: SHE IS BUSY!

One hand on the bouquet, the other on her train, WHERE GOT TIME TO ANSWER YOUR STUPID CALLS?

If any guy is so bloody hesitant in marrying me, I won't fucking wanna marry him.

The shiokest part of the show was when Carrie whacked him up good with her bouquet, and Charlotte shouted at him. Awesome.

Oh, so Big sends her multiple emails and letters.

You cannot even bloody make an effort to go to her house to look for her?!

So you sent a few letters and emails - that totally makes up for the humiliation of her life.

And what's this bullshit about not knowing what to say?

How about, "I am the sort of guy that's really bad for you, so I want to cut things off cleanly now so as not to hurt you anymore in future."

How about that? I think my message is awesome and concise. Beats the stupid Beethoven love letters.

What's with the stupid Ever Thine ever yours ever ours ever mine everwhatever?!

IS BEETHOVEN GAY OR SOMETHING? So bloody untouching and retarded.

"I WILL LOVE YOU..." WHAT NONSENSE IS THAT? Will? When? Sometime in the future when you are ready to settle down?

It is supposedly very touching that he bothers to write an email love letter, because he is NOT THE SORT who will do it.

How's that an excuse for anyone? So how, people who are the sort who write such letters get less credit is it? What's so tough about a bloody love letter?

If he really loves Carrie he will bother to write an original one explaining himself, instead of quoting other great men's love, which only makes his pale very miserably in comparison.


4) The forgiveness - Way too easy

He actually stood in the closet holding your bloody Manolos?

Maybe he was holding them and thinking of giving them to some other girl? Before we ever get to know, Carrie hops onto him with her quivering loins and rapes him.

He then proclaims that Carrie is the love of his life.

Oh, really? Why? Is it because she's the only one dumb enough to be stuck with your bullshit for so long?

You mean 6 years into your relationship with her (Carrie) you perhaps thought Natasha was the love of your life, that's why you married her?

And then the relationship with Natasha failed, and your ever-so-loyal fuck buddy Carrie comes along, and then Carrie becomes the love of your life again? Retarded.


Anyway, moral of the story is: THOSE TWO DESERVE EACH OTHER!

Good for the two of them (Aidan and Nat) that they both found better people.


Gillian was saying that her preferred ending would be that Carrie gets a clean break away from Big, realise how destructive that relationship is, and yet she is still happy.

I agree, but I'd also like Big to maybe die from a car wreck or something. Or MAYBE, he becomes disfigured or something, then Aidan and Natasha both stop by to spit on him.

I really liked the friendship shown in the show though. And the fashion! But otherwise... Bleah!


Enough of the show!! 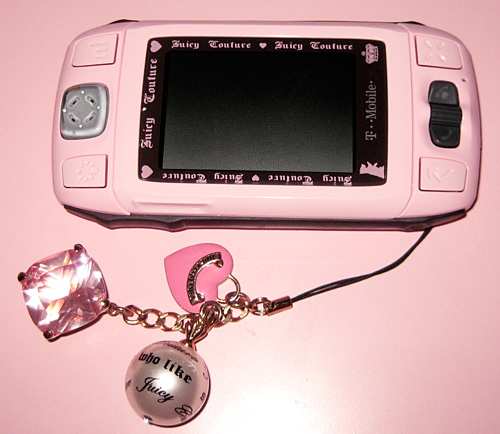 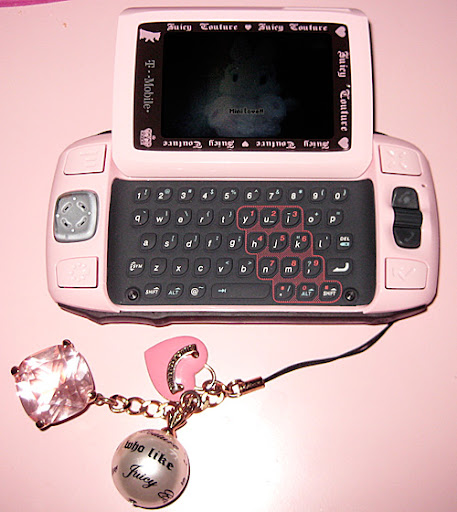 When opened. My wallpaper is my yellow bunny!

Its name is Mini Love, and it's Mike's V day present for me. 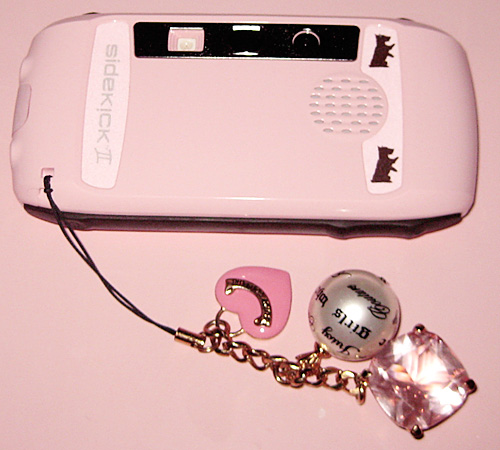 Back of the phone 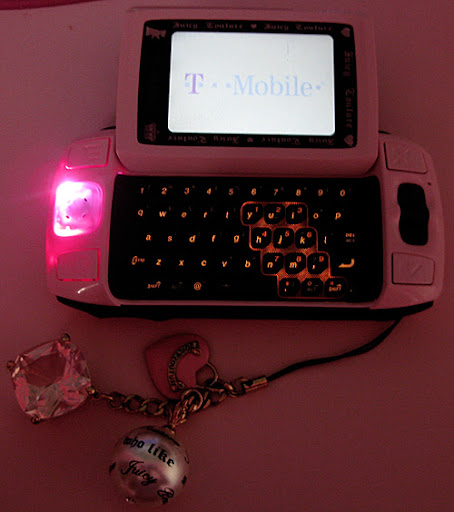 LOVES! The phone flashes multi-coloured led lights when the phone rings, and I caught a pic of it in pink! It's crazy chio!

Anyway, Mike wants me to reilliterate how much I love him because he was the one who bought me the phone.

I LOVE YOU BABY!!!!!!!!!!!!!
Meanwhile the phone is still locked, which means I still can't use it with a Singaporean SIM card. I've already paid for an Ebay guy to unlock it though, so I hope it works!

Some time ago Gillian told me MDA (Or is it SFC?) has a grant for writing a movie script.

What happens is that you send them a 30-page long treatment*, and they will see if they like it, and if they do, they pay the script-writer $6,000 (maximum) to write a full movie script within 6 months!

*Treatment is like a narrative story version of the script, ie: Wendy goes into the bathroom and sees a cockroach - etc etc.

So anyway, Gillian has a movie idea and she told it to me, and I wrote the treatment (Gillian edited it) and she sent it in!

And now they tell us that our grant is approved!!

I could become a world famous script-writer!!

But of course, the writing itself already takes 6 months, and after that, whether or not people want to invest in it to be made into a movie is another thing la!!

Hehe! I'm so going to write myself in as a cameo role, confirm!! The movie is school-related, so I was thinking I am either going to be the canteen auntie, or maybe a student? SO FUN!

We also proposed our lead male to be Daniel Henney. 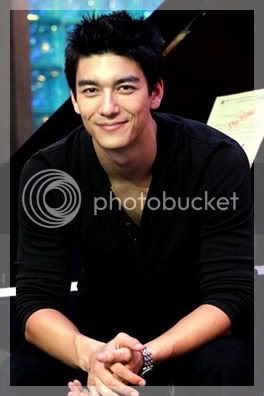 It's a little far-fetched to get them la and we might end up with somebody else, but hey, one can dream, can't she?! 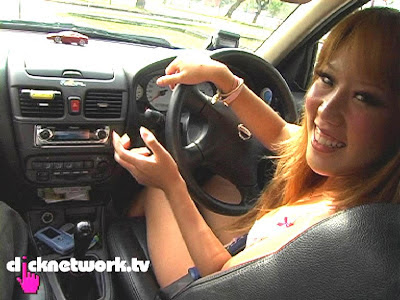 For the first time, I sit in a car and learn how to drive!

This is one of my favourite Guide to Life episodes! The instructor is sibeh funny la!! He's this little meek Malay guy who keeps getting bullied by me, hahah!! But he is really good!

Anyway, after you see the clip you get to vote if I should be allowed on the road. Vote yes leh! So far the results is 78% "Hell no!". Nabeh! I am a good driver lor! 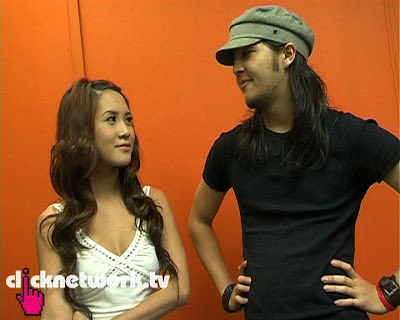 Paul and Kay kay try out acting!! How would they react when they find their partner in bed with someone fugly? You can click and find out.
- June 06, 2008
Newer Post Older Post Home