- July 27, 2009
Randomly decided to fry rice that day and it turned out really muthafucking yummy so I cooked it again and took some pictures to share the recipe!

Cooking is definitely not one of my stronger suits**, so if I can make it nice so can you!

**Although my maternal grandpa and uncle were both chefs. I guess the gene didn't pass on to me.

Here are the ingredients: 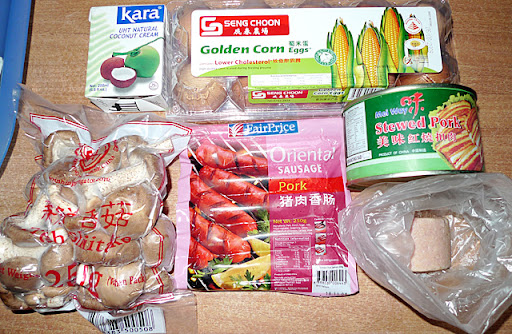 Coconut milk, half a packet

Spam luncheon meat: Half a small can

UPDATE: After cooking this many times I've decided that a full packet of coconut milk and THREE eggs is the way to go! Definitely no mushrooms though.

You may notice that I left out the shiitake mushrooms. That's cos I think the fried rice actually tastes nicer without the mushrooms.

I only added them in this time round coz I had them in the fridge and they looked like they are about to go bad. So it's your choice if you wanna put the mushrooms in! 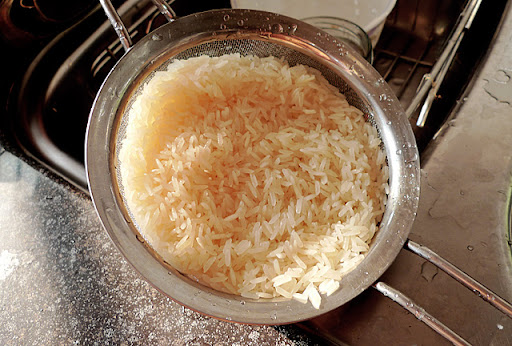 First sort out your rice... 2 cups full cooked in rice steamer with 3 cups of water. 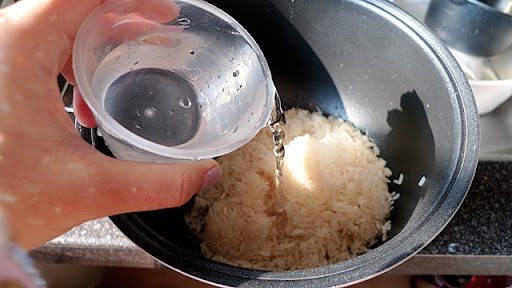 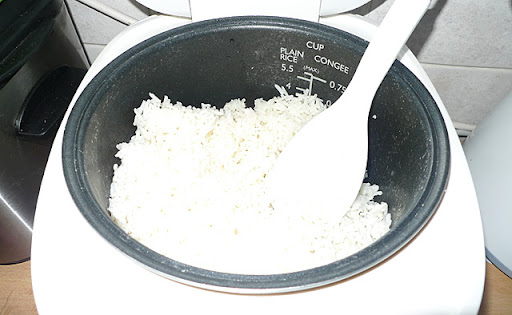 While rice is cooking you may prepare other ingredients, though there is not much to do: 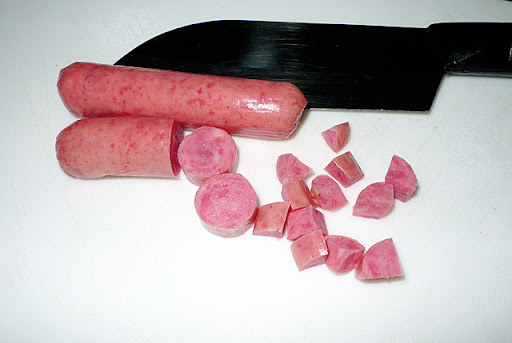 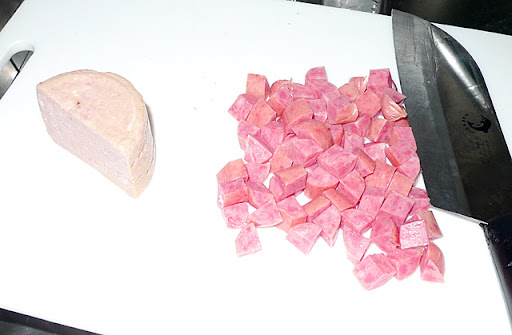 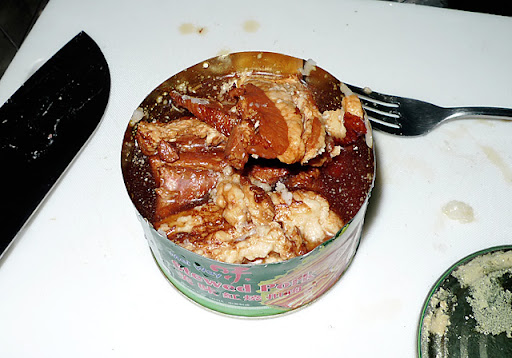 Here's the 3 layered pork. It looks FUCKING gross with loads of opaque white fats in it which I already fished out. But it tastes sooo good. 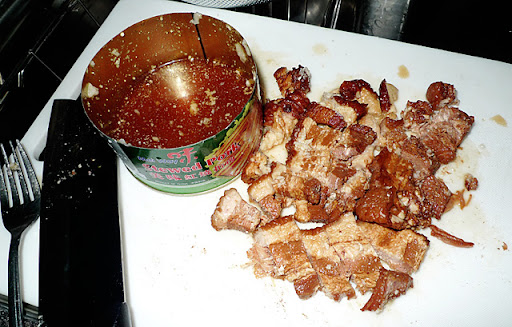 Slice the pieces and keep the brownish oil. 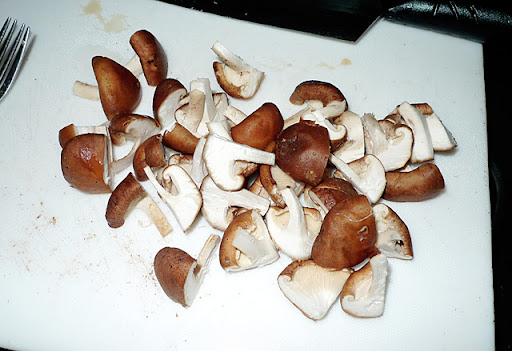 Dice mushrooms. I guess if you are a big fan of mushrooms you can add them in. 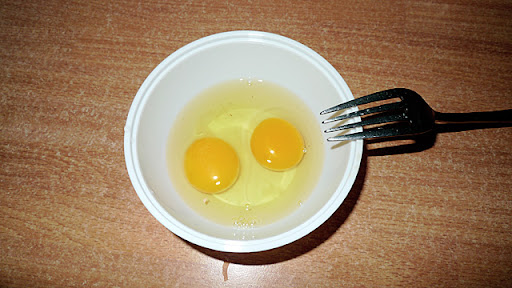 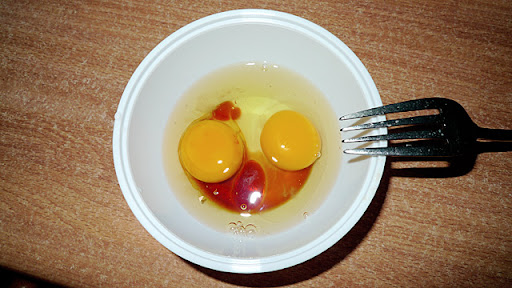 I added in about 1 tablespoon full of light soy sauce to the mixture for taste. 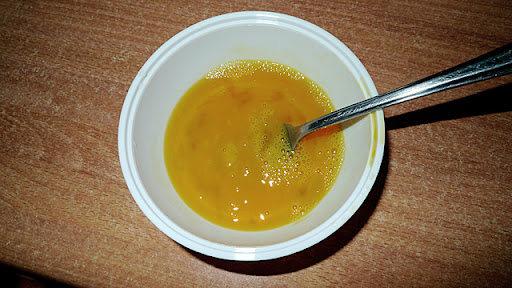 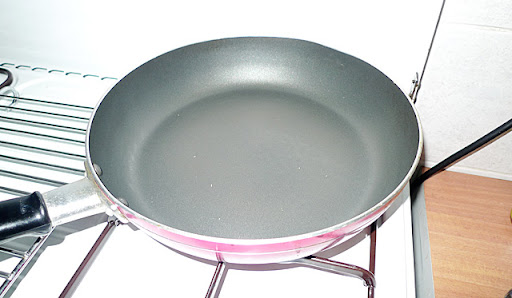 Here's my favourite bigass frying pan which BFF bought for me.
Add in oil from the 3 layered pork can!

I strongly believe that how yummy fried rice is is directly proportional to how much oil is used so be generous!

I poured half the can in and added a bit of sunflower oil. I already feel damn guilty about using the unhealthy oil so I tried to make myself feel better by mixing in normal cooking oil. 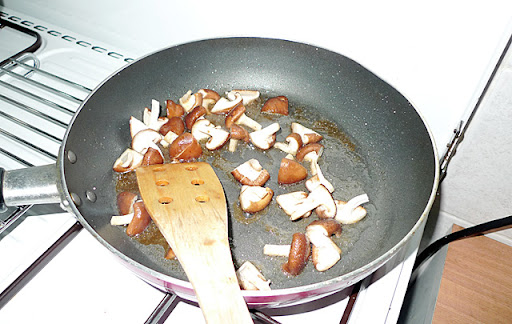 Frying the mushrooms first... They don't take to frying that well as they keep leaking moisture and making the oil hop like mad. And also sticks to the pan. But oh well.

If you are not using mushrooms skip to next step. 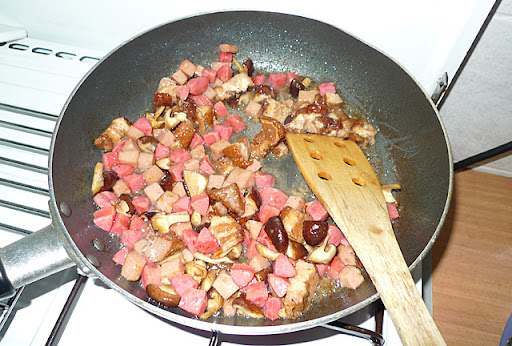 When they are sizzling... 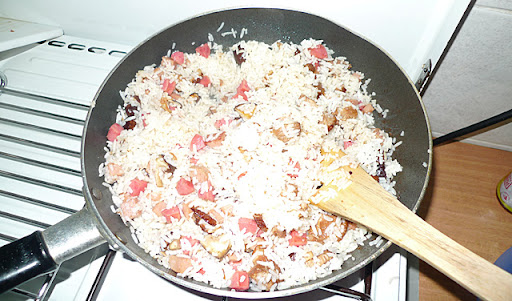 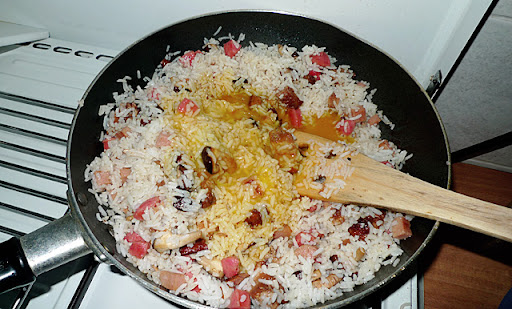 AND half a packet of coconut milk.

I know it's unconventional but what doesn't taste good with coconut milk? Ok fine, many things, but generally coconut milk is awesome! 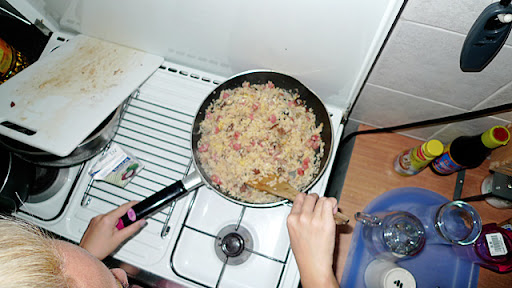 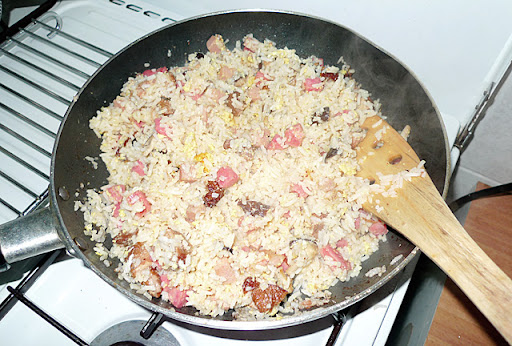 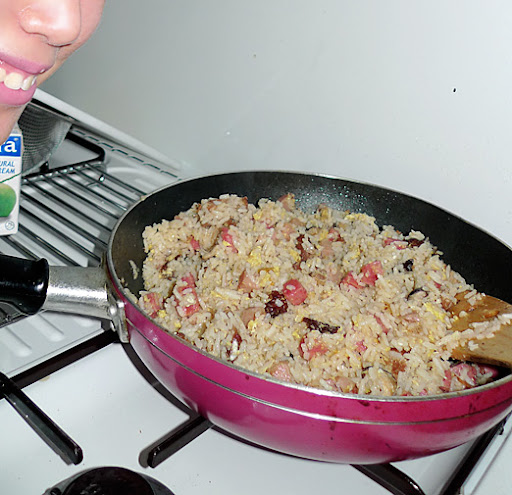 And done! Worthless self-shot with half of my face in it!