Welcoming the Lumix L10 to the family! Which includes just another Lumix, the awesome LX3. Oh and my lousy blackberry camera. LOL

Ok here's why I bought it.

I've been wanting to get a good camera for a long time now, especially coz whenever I do advertorials that require camwhoring, I realised that it's super duper hard when I am alone at 3am at night shooting myself!!!

The pictures I post are of course the best of the lot so you don't realise how utterly horrific the others are.

Here's the embarrassing way I do it:

I put the LX3 on a tiny $3.90 (from mustafa) tripod, and precariously balance that tripod on my swivel chair.

Then I sit on the floor in front of my cupboards (to make a nicer background), and I turn on the self-timer. Then I smile like an idiot for 10 seconds.

It is extra loserish coz i'm like trying to act sultry/chic/funny whatever at 3am while alone in my room with some products.

The first few photos will have me half out of frame, or funny objects in the background, or the product out of the frame.

It's really incredibly frustrating and a totally waste of time.

I know these problems still have nothing to do with an SLR, but I'm getting there.


DIGRESSING!! That Lumix I was talking about is an SLR only loosely speaking. It's a micro four thirds.

I asked this simple question that day on twitter and all I got were photography jargon. WHAT IS AN SLR???

Or rather, what makes an SLR QUALIFY to be an SLR?

Is it weight? Coz they sure are all heavy. Is it ugliness of the camera? Coz most of them are really hideous too.

1) SLR = Single Lens Reflex. I'm gonna be corrected by photography know-it-alls, but basically this refers to a mirror inside the camera which reflects what your lens is capturing into the viewfinder (thing people put their eye at in the past. Remember film cameras??)

2) SLRs have removeable lens. You can buy new lens and fix them on the, erm, camera. Is it still a camera if it doesn't have lens? Don't ask me.

So basically that day I saw a Lumix, and it's only loosely called an SLR coz they removed the mirror thingy to make the camera smaller. But same functionality lah.

This Lumix is RED!! A nasty, brownish red. But red nonetheless among black cameras!!

For those shutterbugs who do know, this camera is the Lumix G1.

Took the camera up, was ready to snap when the salesman said, "Hold on, see, you can do this, much easier!"


AND THE FELLOW SNAPPED THE SCREEN OPEN TO FACE ME!!

It took about 5 secs for me to realise how much easier this will make my life and I erupted into tears of joy!!

So, at that point, I decided one of the criteria for my SLR will be to have a swivel screen!

One of the best inventions EVER or what?

After a lot of research, came to the conclusion that the only newer SLRs with swivel screens were Panasonic G1, Gh1 and Nikon D5000.

And out of these, the GH1 is the chioest. Comes in GOLD:

Still ugly coz the sides of the lens are still black but a vast improvement nonetheless.

Combined with the fact that I LOVE the soft skin mode function on my LX3 (checked and it's available on the GH1), I decided on the GH1.

Couldn't sleep. Dreamt all night of the GH1. Reached Sim Lim in uber excitement. Found a shop that sells it.

I almost fainted. (And just for comparison other SLRs are as cheap as $699)

I just couldn't bring myself to pay so much extra for something I didn't need. It's $1,000 more than other equally-good-for-photography SLRs!


So. Very disappointed and confused.

Shopkeeper introduced me to the L10, which is about 1 year old and one of the last Lumix SLRs to use Leica lens!

(Leica lens are famous for being mad awesome)

The newer Lumix SLRs stopped using Leica lens... I presume coz it's too expensive? GH1 doesn't use Leica lens.

The cheapest standalone Leica lens in the shop were selling for $1,300, so I thought it's a pretty good deal!

He also assured me Leica lens take better photos (this part wins the Nikon D5000), so I was already half convinced.

Too bad that picture is in the shop's SD card.

But soo far... Not too impressed with it. The flash, hoisted on top of the camera, casts a shadow on the bottom frame of photos coz it's blocked by the lens, which are too long!

And lao niang's surely not gonna change lenses coz my lens is a good one!! I guess I'd have to buy one of those external flashes but I don't want it too bright either! Grrrr why like this?

I have not camwhored with it yet so I dunno lah... Maybe it would take awesome photos of me, which is the MOST important. LOL. I'm lazy to put make up to take pics lah!

Here are some sample shoots I randomly took of things in the house: 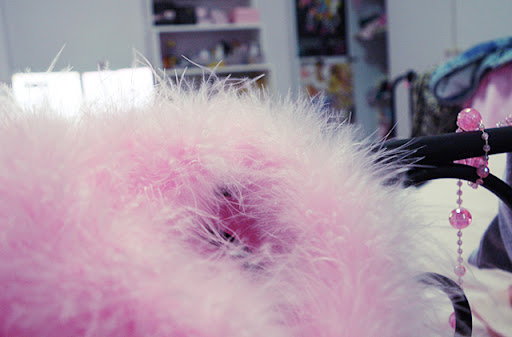 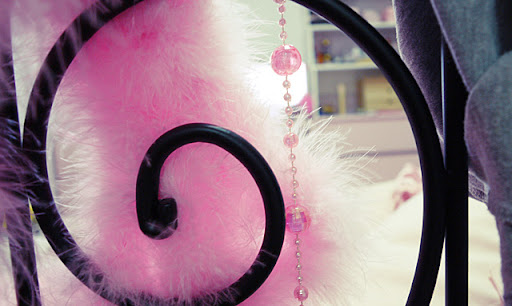 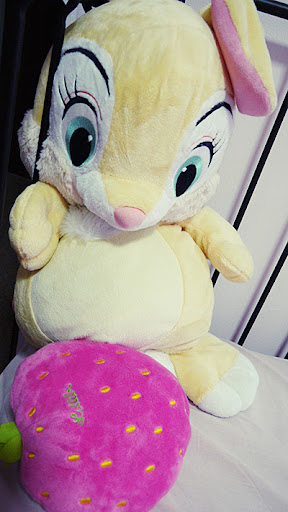 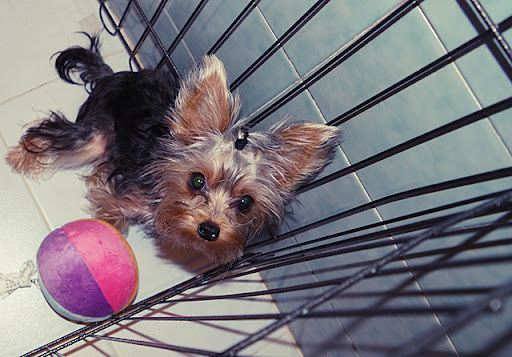 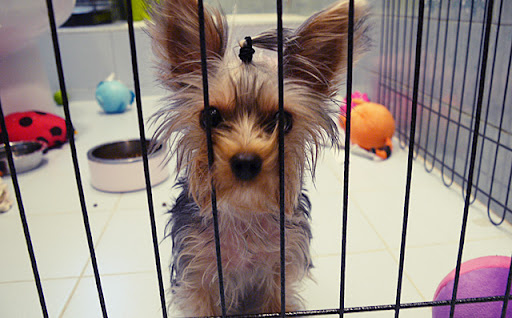 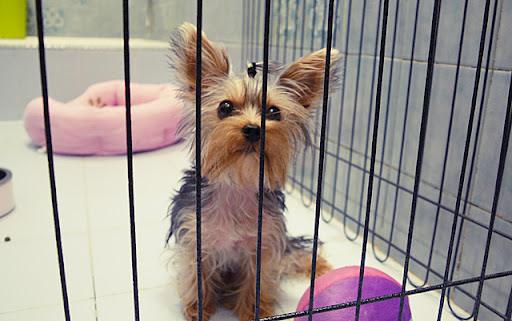 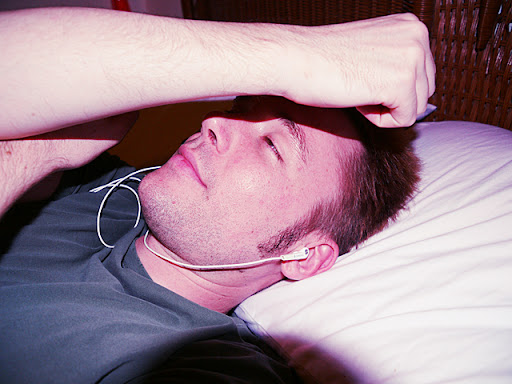 A pic of unwilling Mike... See the shadow cast by the flash? Tragic. 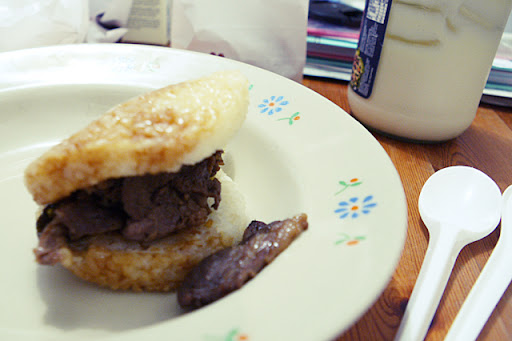 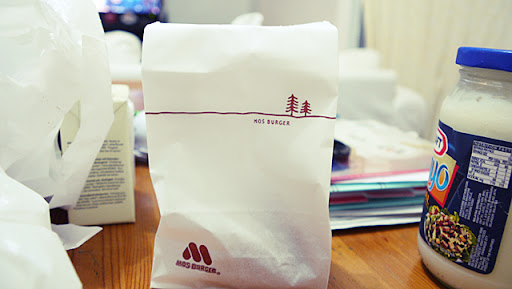 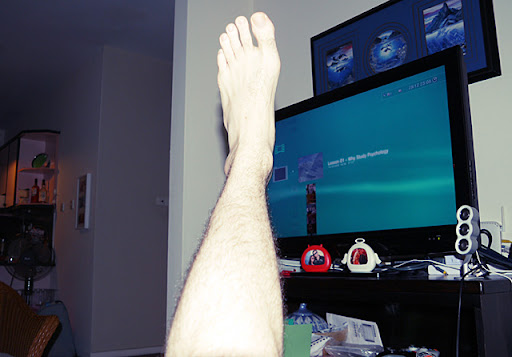 Mike disbelieving my "flash casting a shadow" theory, somehow testing it out with his leg. LOL... Sexy! 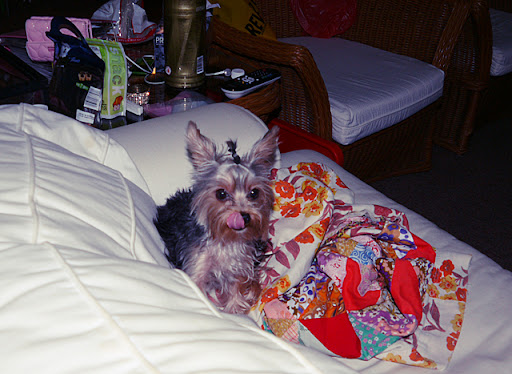 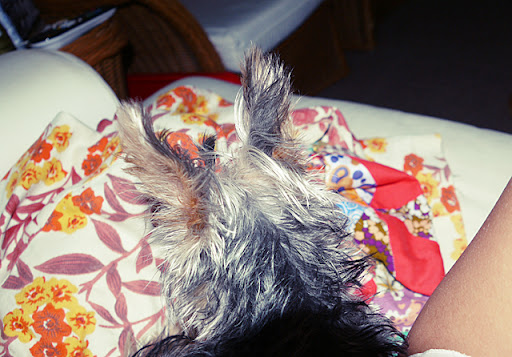 That's it! Think I'd snap more tomorrow.
Learnt a nifty little photoshop trick from Priscilla (I can never spell this name) that's why the colours are so mad chio!!! The original photos don't look like that but I hate posting ugly pics so there.