When in Rome, Fall in Love

Was invited to the premiere of movie When In Rome, starring uber cute Kristen Bell (trivia: She's also the voice of Gossip Girl!) and the uber cute Josh Duhamel (married to Fergie)! 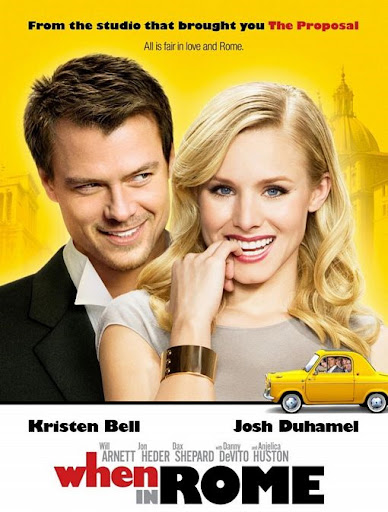 I was so excited coz it is done by the same people
who did The Proposal, which was FABULOUS! 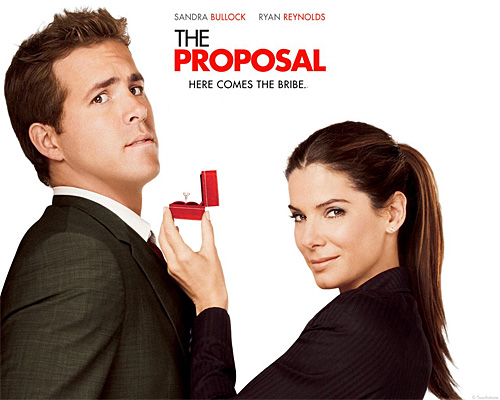 Oh Ryan Reynolds...
I think they have a heck of choosing the crazy cute male leads!

Went into the theatre expecting to be entertained and I was!!

I'm totally a sucker for romantic comedies. You know, easy to understand, funny, characters are always cute, and so lighthearted!

The start of the movie featured Beth (Kristen Bell) being totally unlucky in love, seemingly unable to find "The One" for her. Well, predictable enough. Upset, Beth picks up coins that others have thrown into the Fountain of Love in Rome. She thinks love doesn't exist and these coins were wasted wishing for it!!

Unbeknownst to her, the coins carry a spell and all the men who had the coins picked up started being mad in love with her!

Now this is when the movie starts to be really hilarious!! The stellar cast of funnymen really brought the movie forward with their antics! 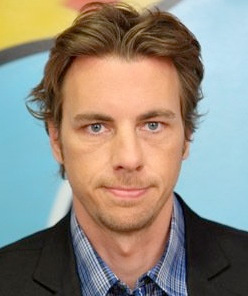 Dex Shepard, who is Kristen Bell's real life boyfriend, plays a narcissistic model who is in love with himself.

He is my favourite!! So funny!! His one liners are soooo fantastic!! Like Derek Zoolander but worse. 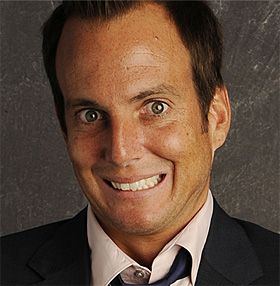 Will Arnett (married to Amy Poehler), plays a crazy painter. I really liked him in Blades of Glory! 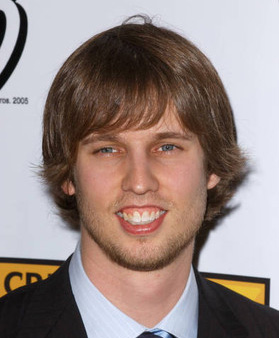 Jon Heder plays an emo Magician who isn't really that good with this tricks.

The last time I saw him was on Blades of Glory where is he BLONDE with feathered hair so I was just so amused by him in black hair and eyeliner! And red nail polish!! LOLOL 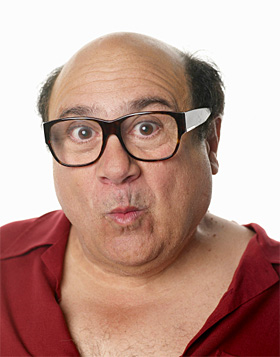 His character was the most unfunny of all the guys though. 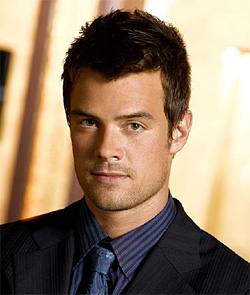 Last but not least Josh Duhamel plays Nick, an ex sportsman who actually got struck by lighting!! LOLOL... Very cute!!

So. While smothered with the affection of these guys, Beth is on a quest to find out if Nick (Josh Duhamel) is really in love with her or also just under the spell! And how does she get these other guys to stop?

Well, I guess to find out you have to watch the movie and see what happens! There are many twists thrown in too!

I guess many girls can relate to this movie...

When you are looking to fall in love, there will be like NO GUYS.

After a break up, or when your exams are here/career is keeping you busy, all these guys appear out of nowhere and it's like you just don't know which to pick! I'm just kidding, I never had many guys like me at once. Boohoohoo!! Never mind lah I'm married already.

I don't believe in The One though.

I just believe that it's incredibly hard to find two people who both think that the other party is too good for them. When you get that extraordinary situation, where both parties find themselves really lucky, then they'll get past the first hurdle of whether they want to commit. Everything else can then work themselves out. :)

Afterall, The One should encompass your partner thinking you are his special One too, right? If not it's like stupid and one-sided and buay paiseh.

Wanna give your view of what
qualities "The One" should have?

Join When In Rome's facebook page to give your answer!! Just simply choose among a list of qualities which is the most important to you when it comes to finding a life partner!

I'm really quite interested in finding out the results for Singaporeans will be!!! I think it is "Stable CPF".

AHAHAHAHHA!! No lah... Maybe faithfulness? Loyalty? Being able to last more than 3 mins in bed? Could be anything.

Actually right now the results are slanted towards... DEEP POCKETS!! 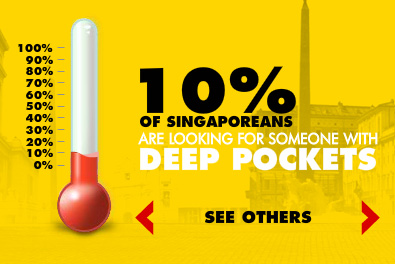 I guess we are all materialistic afterall. LOL

Prizes to be won too! 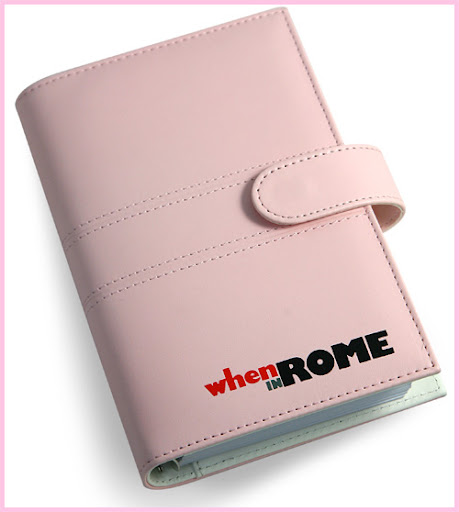 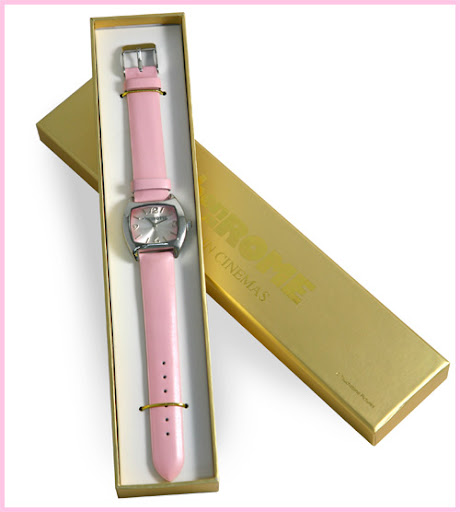 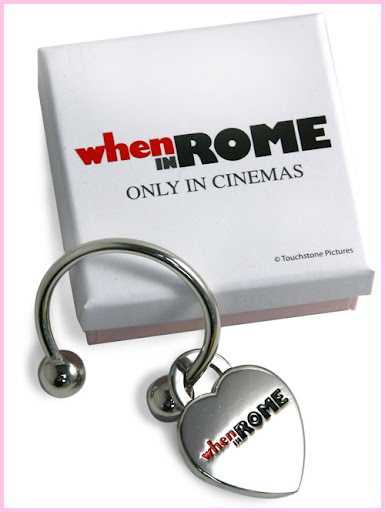 So cute! Well the items are obviously for girls so men who are cheapo/poor can try to win so you can give your girlfriend the stuff!

Or they can bring their girlfriends to watch the movie too!!!