PR for middle-aged men: How not to appear to be a lao tiko

That day I was on a cab, as usual, when a 50+ year old uncle started asking me about my hair. (also as usual) 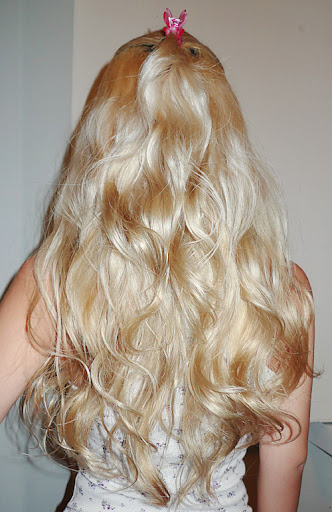 Yes, I know you also have questions

I understand that it's the most striking thing about me, but I'm sick to DEATH of being asked the question of "how long does it take to dye it that colour?".


WHY DO PEOPLE CARE HOW LONG IT TAKES??


As I gave increasingly placid answers, his enthusiasm grew and he went on to ask what job I do that allows blonde hair - which is another question I am sincerely sick of answering.

And I thought to myself, "Stupid lao tiko... I don't want to talk to you can?"

Then I realised something. He wasn't flirting with me or hitting on me... He was just being curious, just like any other person!

If the same questions were asked by, say, a friend's mom, I'd just answer (albeit uninterestedly) and not think that much.

If the same questions were asked by someone I like, say J K Rowling, I'd be flattered that she noticed and answer with relish.

If it's asked by Zac Efron I'd invite him to touch my hair. Maybe shove it in his face.

Why the disparity? Because I am CURIOUS about the latter two and not remotely curious about the cab driver. I have no questions for him, so it is pointless to even make an effort to speak to him as I get nothing in exchange for it. I give you trivia, and what do you give me? Stinking 30% peak hour surcharge. Fuck that.

(Not to say all cab drivers are uninteresting. Just this one in particular.)

Life sure is hard for middle-aged uncles! (I refer to those we are not Richard Gere or George Clooney or Chow Yun Fatt)

As it is, as long as they talk to a youngish girl we all assume they are hitting on us and shun them.

So as such, for the sake of the 5 or so middle-aged men reading my blog (Geez, are you perverts or something? Stop wanking to my photos! - HAHAHA), I'm going to help salvage this PR disaster of men in your age group!

HOW NOT TO APPEAR LECHEROUS

For christ's sake giving someone the once-over is NOT ok. It is only ok if you are Meryl Steep in The Devil Wears Prada coz she has a work excuse to do so.

NOT OK TO STARE AT BOOBS/LEGS/ASS.


2) Talk about your wife

If you really wish to start up a conversation with a young lady about anything you wish to know, first blow away her rightful discrimination of men like you by preempting that you are in love with somebody else.

This is an actual conversation I had with another cab driver today: "Wow how long does it take to dye your hair? My wife tried but she can't get that colour... And once she got the closest to that colour, she is a banker so the bank told her to dye it black again. Haha"

If you don't have a wife, make one up.

If you have a GIRLFRIEND when you are 50, please don't call her your girlfriend. You just sound like a loser lao tiko trying to hao lian his Cheena girlfriend, whether or not that's the case. Ew, gross.


3) Talk about your kids

You may draw comparison of the kids to the girl you are talking to, ie, "Which school did you go to to work as a blogger? My daughter blogs too, and she wants to be a blogger."

Coz presumably if I'm like your daughter then you don't wanna fuck me. Right? Right, unless you are Jack Neo.

Seriously. Cheebye cab drivers telling me about their China mistresses. I FUCKING HAD ENOUGH!


5) Do not sneakily take a photo

Surely you understand why girls won't be comfortable with that??! I WILL throw your stupid phone into the PIE!


6) Do not comment on people's looks or praise them.

Yeah ok you think a girl is pretty. Why bother telling her when loads of people have told her before? Think her skirt shows off her ass nicely? KEEP THAT TO YOURSELF.

What's it got to do with you and why do you care?!


I understand that when you hit 50 and is driving a cab you probably don't give a fuck about whether the young girl you are driving knows you are hitting on her. But she might maze you! Just saying.