Got bored so I photoshopped someone... Guess who this is? 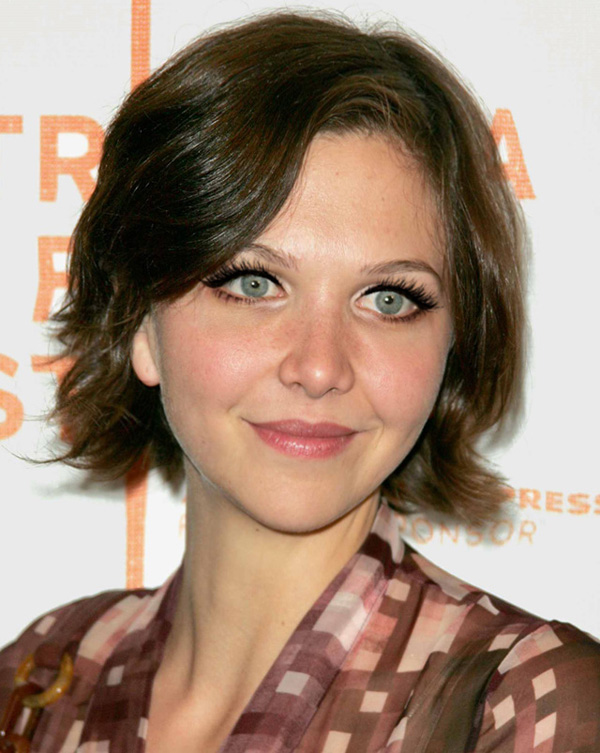 She has probably the ugliest nose on a white female hollywood star, non existent lips, a permanent droopy hangdog expression, and terrible saggy boobs that haunted me since 2002.

Probably the only nice feature is her irises, which I left untouched. 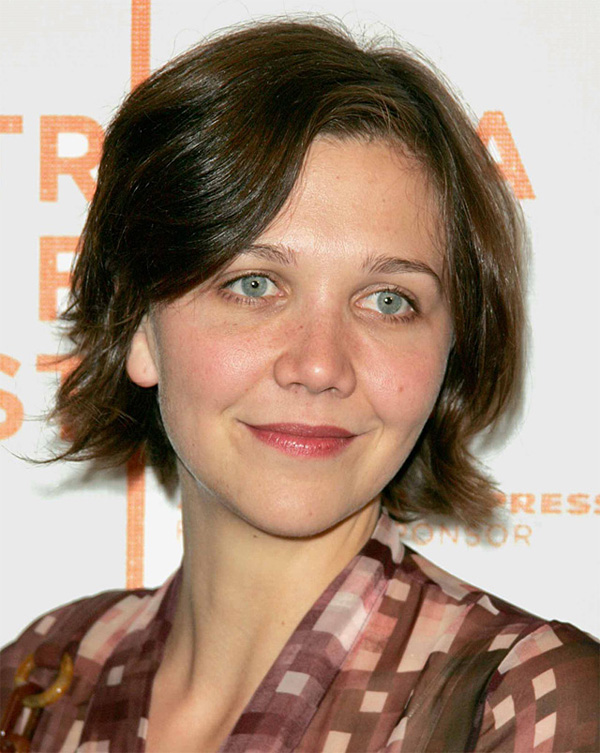 It's Maggie Gyllenhaal!
And that's one of her better pictures. -_-

I've always wondered how the hell she managed to make it so big in Hollywood. Her looks are like so - unacceptable - for a lead female...

I mean yes I'm superficial but how the FUCK did she get picked as the love interest of Batman in The Dark Knight?! Did she walk into the audition room with perhaps Megan Fox, Angelina Jolie, Anne Hathaway, Jessica Alba - AND GET CHOSEN? HOW???

There was a scene where the Joker or Batman or whoever said she is the most beautiful woman in the room (it was a party) and people in the cinema with me ACTUALLY SNIGGERED.

Other people think so too
Her acting is ok lor, not bad but nothing FANTASTIC. And there are so many beautiful AND talented women in Hollywood!

Anyway I first saw her in Secretary (2002) where she plays this sadomasochistic, well, secretary who likes to get spanked. Even her boobs are horrid! (Kelly Brook has my vote for best boobs in the industry)

I am guessing either she has a very, very superb work attitude (likely) or she slept/sleeps with the right guy? But why would a powerful hollywood director wanna sleep with her that's anybody's guess.

Wow I can't believe I wrote an entry on how ugly Maggie Gyllenhaal is.

At least I'm not as mean as THIS guy. 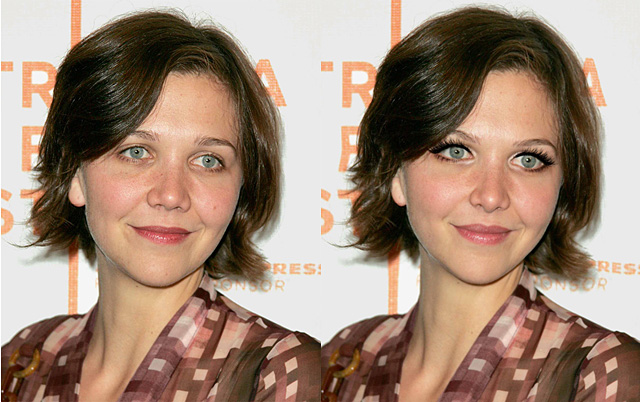 Side by side
She could really benefit from a nose job, eye lift and some cat-eye liner! And lip fillers. And tit augmentation.

And in case you think that this blog entry is REALLY EVIL AND MEAN and if Maggie ever, ever, however slim the chance, saw this it would really hurt her feelings, don't worry.

1) She is a big Hollywood star and her life is much better than mine so I don't think she gives a shit whether anyone thinks she is ugly (which we all do).

2) I would not criticise anybody else's looks like I did hers because only a very selected few get paid a million bucks to look like a million bucks. (unless they keep saying they are very good looking like Steven Lim) She is an actress so she is responsible for looking good. Obviously she's not considered ugly in any way among normal people but she really sticks out like a sore thumb in Tinseltown!

And my looks are not relevant here although I expect people to use that to attack me so please, go ahead and tell me she looks 100x better than me. (at least my boobs not so saggy *defensive)

3) She doesn't read what people write about her! Confirm.