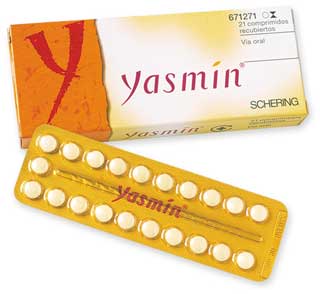 Ok this is not an advertorial. I just wanna blog about the best thing I discovered a few years ago: Yasmin - which is a birth control pill!

I realised that very few Singaporean girls use BCPs. The men are positively ignorant about them. I tweeted about Yasmin and some dude replied that I must be a real slut coz I need to use BCPs. And this was when I was married already. -_- Retard.

The birth control pill, as the name states, is not a pill you take because you wanna fuck around (??? where do people draw such conclusions??). You take it because you are not ready for a kid. 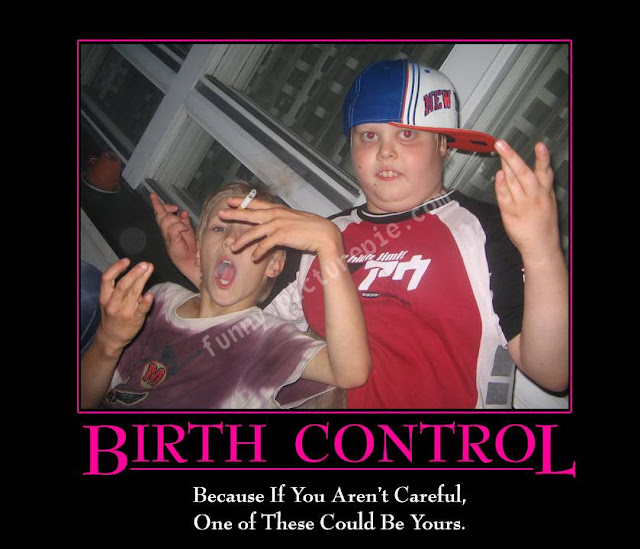 Oh god please no
I don't want a kid yet!! None of my girlfriends have kids so I will wait for them so my kid can have friends lol. 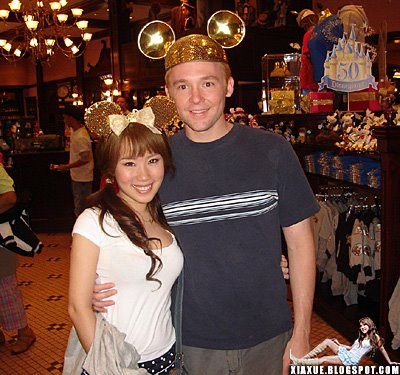 It made my boobs ginormous (I didn't photoshop the boobs!) but it also made me damn fat.

I don't care less about big boobs but I SO do not need the extra weight!!

At that point I thought all BCPs are the same (or that there's only one brand) so I didn't know the cause of my extra weight was Diane35 fml. Luckily enough my supply of it stopped and I couldn't be bothered to continue it.

After about a year later I decided to go on the pill again and this time I asked my doctor which pill is the best and he recommended Yasmin. He said it's the most expensive but also has the least side effects so I said ok lor... Bought a 6 month supply - and I never looked back!!


Why Yasmin is the best shitz ever:

1) No more worrying about being pregnant when you are not ready.
Period late for a week and you are sitting on the toilet bowl peeing on a stick, thinking how your parents will MURDER you if it comes out a two lines? How your bf will probably react negatively? How you don't know who the fuck the father is??

Not gonna happen ever again when you are on the pill. However, the pill does NOT prevent STDs hor.

Also, IMPORTANT: If you DO want to get pregnant, you have to stop taking Yasmin for 6 months coz it MIGHT cause birth defeats.

Not only that, I think I actually LOST weight. I don't know if that's credited to Yasmin though.

My boobs didn't get bigger either I think. I don't remember how they looked like before Yasmin though.

3) No out of the ordinary mood swings.
I'm happy as a lark most of the time!!

In fact, I'm strangely positive. I know I complain a lot on twitter and on my blog but that's coz I always need to rant out frustrations. But most of the time I'm very pleased with how fantastic my life is. Just this morning I was thinking how lucky I am!!

Who gets almost everything they wish for?????

4) NO ZITS WHATSOEVER.
Whenever I see girls discussing how to get rid of acne/zit problems I always just shake my head and think the solution is so easy. Get on Yasmin bitch, and quit whining!!

If only I took Yasmin when I was 16 and had acne like this FML... Fuck man I even had zits IN my nose and IN my ears I swear.

It's not about what you apply on your skin - it's about HORMONES!! Creams? Bah! Zits are all about hormones!!

My acne cleared up at age 17 but still I had the occasional (by occasional I mean every 3 days) pimple on my face (the huge kind with pus) and had zits on my back. It's super gross I tell you. Back acne. Bacne. Very unsexy and terrible with low back clothes.

It took me a while to notice this but after I started on Yasmin, I can't even remember the last time I had a pimple. My skin is THAT awesome. OK I just went to the mirror to confirm this and it's true.

Once you don't have zits then you can start on skincare to make your skin dewy and glowing etc! :D

The amount of self confidence you gain from having acne-free skin is just amazing! No more self consciousness about the boy you like staring at the giant zit in between your eyebrows during the first date. Is it pulsating? Is it oozing pus? What if it bursts during sex omg.

However, Rozz who also takes Yasmin and swears by it, says that she stopped for a bit and her skin woes came back and also she gained weight like mad. I don't know if that's normal but I'm praying that it won't happen to me.

5) Periods...
Are short and painless. I no longer need to think about when I'd get my period coz it comes when the pill pack is finished.

No more menstrual cramps. No idea if it's coz of the pill or just me being older now.

Periods last a very short time and the flow is really light too!!

6) Condoms...
Are no longer part of my life. I don't like them. It's like Oooh passion passion passion and opening drawer, tearing out a pack etc - so anticlimatic. And it's embarrassing to buy and annoying when it runs out.

Also when men are putting on a rubber sock all sorts of thoughts shoot through our insecure female brains...

"Is he suspecting me of having STDS?"

"Is he not wanting to commit to a relationship? Is having a baby with me THAT bad a thing?"

"Why does he have a condom so conveniently? Does he fuck around?"

"Why did he bring a condom out does he think I'm a slut and will put out. OMG AM I a slut for putting out?" etc

OK what do you mean you don't get such thoughts?? Can't be only me right?? HAHAHHAA

Not that these points matter to me anymore since I'm in a stable relationship but I'm just saying condoms are meh!!

I'M NOT ADVOCATING UNSAFE SEX AH PLEASE IF YOU ARE FUCKING SOME RANDOM STRANGER YOU *SHOULD* USE PROTECTION. For the seek of all mankind.

Cons:
You HAVE to take one pill everyday at around the same time. I put the pack next to my toothbrush so I take one before sleep every night. But sometimes I forget to take the pills 2 days in a row and I worry about it ruining my ovaries forever.

Yeah end of the cons list. Except that if I ever feel like I wanna get pregnant I need to wait 6 months. But that's good right? 6 months to think it through before making such a big decision.

Of course, everybody's body differs so while Yasmin is awesome for me, it might not be suitable for you. I've read reviews that Yasmin makes them lose hair/have more acne (???)/gain weight/mood swings/less sex drive etc.

Had two friends tell me that Yasmin makes them nauseous. Not coz it's disgusting but literally. I also feel nauseous easily but I've always been that way so I don't think Yasmin made it worse.

But I still think it doesn't hurt to give it a try!! See if you like it after two months of usage, if not can stop anytime.


So yeah. In conclusion Yasmin is muthafucking awesome max lah!!! So awesome I must share it with the world!!

When I first took it I only wanted to not get pregnant but who knew it has such awesome side effects???

And then there is the blah blah risks that come with it ie stroke or cancer or whatever. Go do those research yourself or consult your doctor if you are concerned. So far nothing's happened to me.

I know Yasmin got sued recently for some health reasons. Since this is not an advertorial, feel free to trash Yasmin in the comments if you want. Also, if you are on BCPs, please do share with other girls which one you think is the best!!

p/s: Yasmin is available with most sg doctors but you HAVE to get a consultation before buying. Which is probably for the best. Thailand also sells Yasmin at pharmacies without a doctor's prescription - and it's only $16 there or something!! It's about $26 in Singapore.

p/p/s: Obviously Yasmin is only for females. Some guy saw my tweet on how Yasmin is the best pimple medicine and said he wanted to try. His friends told him it's a birth control pill and he was severely embarrassed and scolded me wtf.


UPDATE: OK a lot of people are telling me Yasmin is like causing all these horrid problems like kidney failure etc so I am damn scared now and am considering stopping wtf. What a pointless blog entry.

UPDATE 2: OK more people have told me not to listen to "Dr Internet" and that if Yasmin suits me then I shouldn't go off it. Blood clotting etc could be caused by external factors such as smoking/excessive drinking etc. Guess I won't then!!
- November 13, 2010
Newer Post Older Post Home