- December 07, 2010
Just a scattering of random thoughts I've been having... Mostly I wanna push the ah beng entry down coz the first pic in that post is mad fugly.

So. I went to this event where I was invited as a... star. Aka a celebrity.

Digressing before I hit the issue I wanna talk about, I'd never call myself a celebrity/star/ming xing etc, ok? Except maybe in a joking manner. Just hearing it makes me cringe. Maybe because I'm not known in the traditional ways like being a singer or an actress, so even if I'm famous I'm a writer, and writers never call themselves celebrities.

Plus I'm not trying to be humble, it is true that whilst I get some recognition from the public here and there, there are still shitloads of people who don't know me - and if you ownself call yourself famous and people go like "Who are you again?" it's wildly embarrassing.

But I won't deny that I get recognised in Singapore almost everytime I go out, and I even got recognised by readers in London, San Francisco, LA etc, so I am not completely unknown. *defensive*

However, my fame level is not the discussion topic here. And I swear I'm not trying to pat myself on the back here.

The thing I wanted to say is... That day, during that event, a girl who was helping to handle the event came to speak to me - and she's a lawyer.

I already knew her through a friend (she's about my age), so when I saw her there, the first thing she said was, "Oh, what are you doing here?"

I didn't know how to reply since she obviously didn't see my bigass face in the printed poster of *ahem* celebrities present so I just said "Oh I'm speaking as a guest in one of the sessions."

And so she said something like "Oh I didn't know you are famous! I don't know who Xiaxue is and I never heard of Xiaxue. HAHAHA"


And started to ask me what I do etc (albeit not very interestedly).

I didn't think much of this when I was there but as I got home I started to get more irritated.

I know what I quoted doesn't sound that rude but it was said in a rather demeaning way and with a loud snide laugh wtf. Very funny meh that you don't know who I am? HAR HAR HAR SO HILARIOUS.

My fame level, whether you know me or not, is a given and a staple. You not knowing who I am doesn't make me any less famous or prove that you are too important to care - it just means you are ignorant of my field.

You blind ah appear on newspaper so many times you never see?

If you don't know who I am but you know that I'm supposed to be famous, then shouldn't you have some respect and don't say you think I'm insignificant to my face? HELLO? I also don't know who YOU are leh... Can I say that to your face?

People only say such shit to me coz they think I'm such a small fry. Which I am fml.


"Who are you ah? What's a minister mentor? Oh so you are a politician? What did you do for Singapore? Sorry never heard of you before."

WTF... He'd probably get a security guard to punch you in the crotch. Ah..... That's my solution! I need to hire someone to punch whoever demeans my achievements.

p/s: Just to clarify - I'm not insulted that that girl didn't know who I am. I just think she's rude, that's all.

On the same note - People who feel there is a need to tell me they used to not like me previously but now they do. ESPECIALLY WHEN THEY LIST OUT WHY LAST TIME THEY DON'T LIKE ME.

FUCK YOU LAH I DON'T CARE IF YOU DIDN'T LIKE ME LAST TIME COZ I GOT LAN JIAO BIN OR WHATEVER OK? I also used to not like you! No wait, I don't know who you are, still don't.

Why must stress that you used to hate me? Trying to tell me I'm some acquired taste is it? Or that you are not sheeple for immediately liking me, coz people who do that are lame and you are special?

How am I supposed to feel about your difficult stuggle with your feelings towards me? Appreciative? Excited? No, I feel a dull indifference.

Thanks for changing your mind I guess, but keep your tactless opinions to yourself. You know why? Coz people hear criticism a lot more resoundingly than praise.

Here's what you say:


Hey Xiaoxue xoxoxo I juz 1 2 say I luv ur blog now I used to h8 you coz you were a fat asshole bitch who thinks so highly of herself wid worms for hair but now I tink u funneh.

Here's what I read/hear:


Hey Xiaoxue xoxoxo I juz 1 2 say I luv ur blog now I used to h8 you coz you were a fat asshole bitch who thinks so highly of herself wid worms for hair but now I tink u funneh.

Make up your mind - just tell me the end product of whether you like or dislike me - don't need to tell me the in between of how you got there. Not interested.

Also - girls, it's ok to say you like me. I'm not worried you are a lesbian, so you don't have to clarify that.

(It is the best HP movie so far imho)

I invited Shuyin to go watch it with me (I think I've watched all 7 HP movies with her or something).

She was late and so I wanted to go in first coz I didn't wanna miss the start. But the problem was that we all had to deposit our phones and I didn't know how to contact her to pass her the tickets.

So I went to the information counter at Cathay and asked the lady there if she can pass the ticket to my friend. She said she was going to go for her break soon and the counter will be empty.

So I said that's ok, how about I put the ticket on her desk, the inner rim of the counter? She said that's alright.

I left the ticket there feeling smart because the public won't look inside the circular counter but Shuyin and reach in and grab it easily enough since she knows where it is.

Then before I deposited my phone I thought that I'd just hide it somewhere in my bag JUST IN CASE - and I successfully sneaked it into the cinema.

After a while a Chinese lady in her early 30s walked into my row and stood where Shuyin's seat is, asking "Is it L35? L35?" - which is SHUYIN'S SEAT.

Realizing what happened, I asked her if she got her ticket stub from the counter and she said she did. So I explained that the stub she got was mine, and her friend probably left another stub for her.

She said there was no other stub there.

And deng deng deng!! Right on cue there came an sms from Shuyin at the exact same time: "There is no stub at the counter!"

Meanwhile this lady was still holding on to my ticket and sitting on Shuyin's seat looking stunned. I can hear her brain slowly whirring - she and her friend didn't have a phone, so how is she gonna contact her friend to get HER stub or find her friend in the gigantic cinema?

I knew I had to go out to pass Shuyin her ticket so I said "Eh... That's MY ticket you are holding."

And stil she did nothing and didn't give me back the ticket!

In the end I had to pry it from her fingers (wtf man stop stoning in bewilderment and get off my fucking seat) in which she didn't even let go willingly!!! WTF!!

So I went out to get Shuyin (thank god I didn't deposit my phone) and when I came back to the cinema the lady was gone.

Up till today I wonder what happened to her. 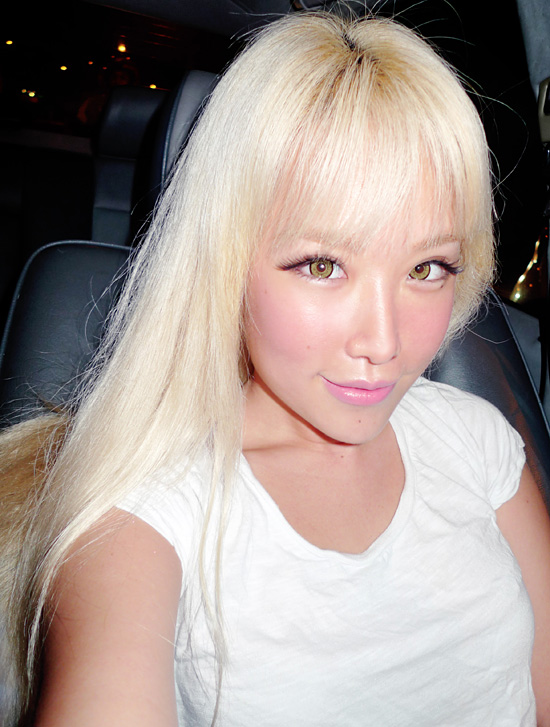 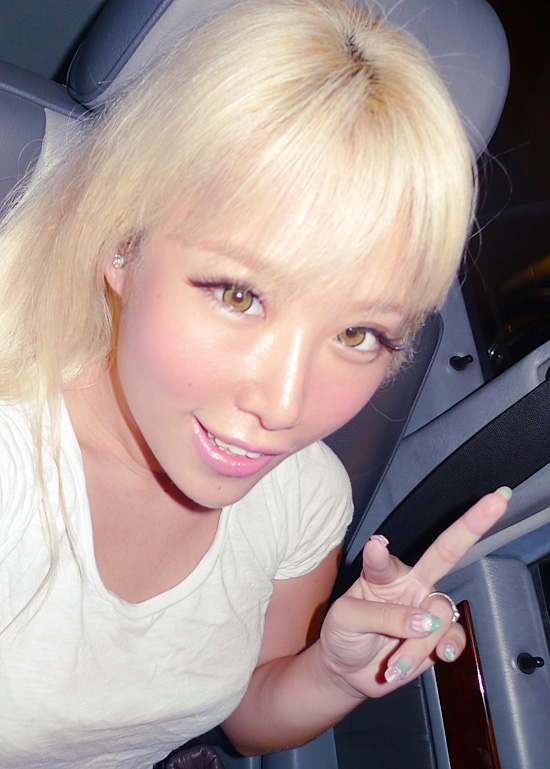 Camwhoring in the car without the seatbelt on. This is what old people will call 死有余辜. LOL 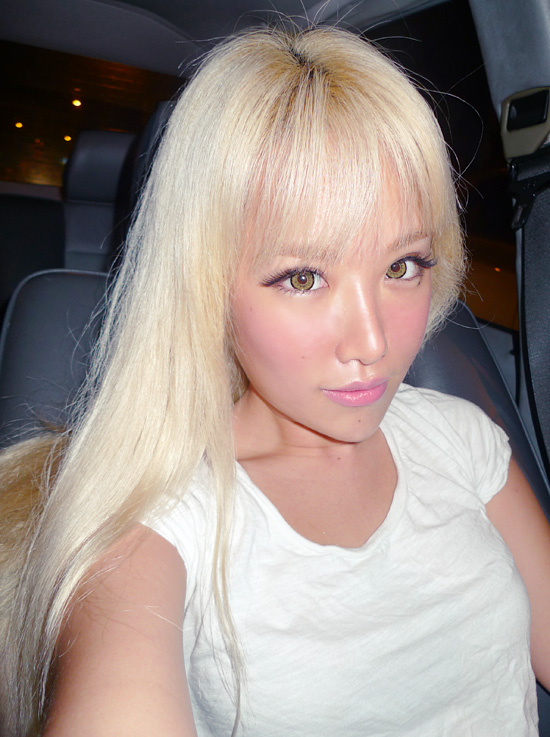 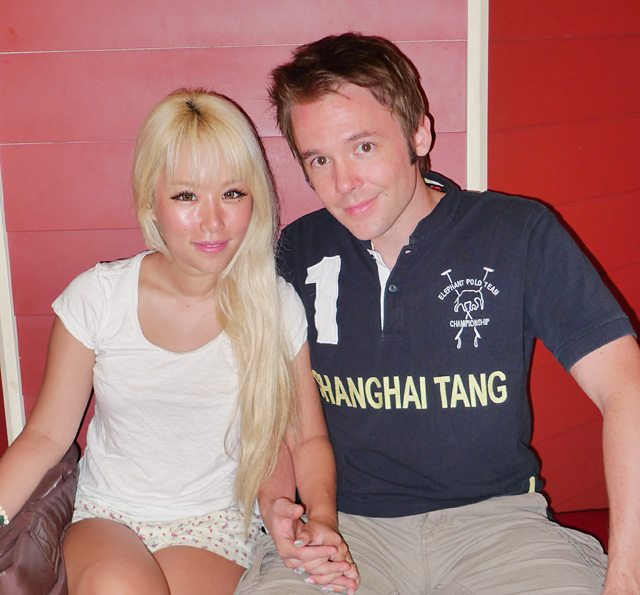 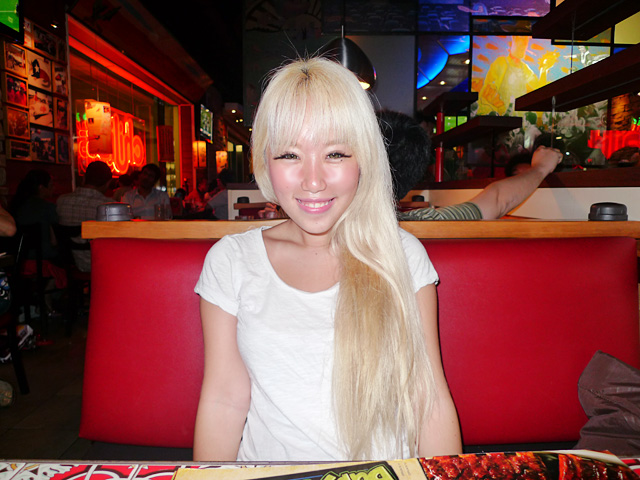 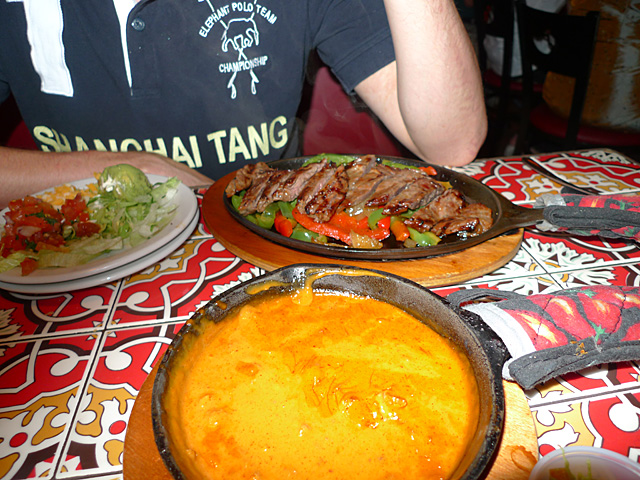 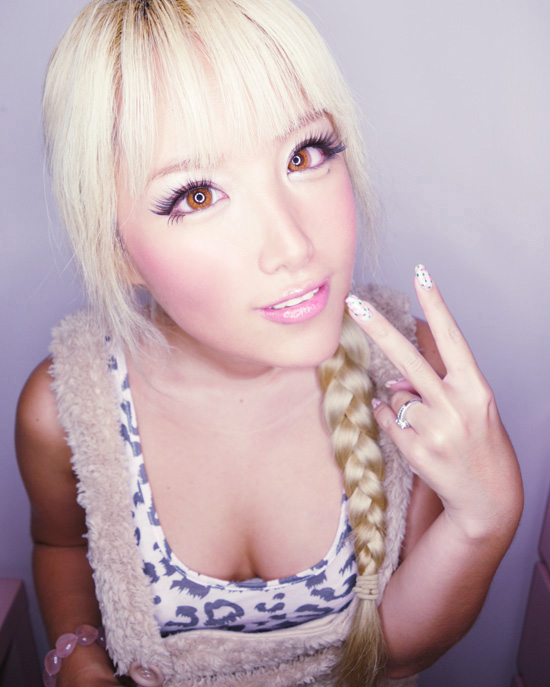