What the fuck, Singaporeans?

I had it up to here with this election bullshit.

I get it that people have different idealogies when it comes to government. If you think opposition will do better than the PAP, so be it. If you think the PAP is too smug and needs to be pushed into harder work by knowing that their position is not a given, I cannot argue with you. You unhappy your housing too expensive, ok fine.

But what I cannot stand is how the elections have shown how horribly ungrateful and thankless Singaporeans are.

No matter what a shitty job the PAP is doing now, it remains that a lot of their members have dedicated a big part of their lives to building everything we have today.

It is thanks to them that we are the number 1 most uncorrupted country in the WORLD. We have absurd safety around the island. Our children are all ensured, at the very least, some education.

So no matter how unhappy you are now, what's with the snide remarks, the insults, the twisting of the PAP's words into evil connotations, the yelling during their rallies? Really? Papsmear? Childish! Just go vote for opposition lah talk so much for what?

Alright enough ranting about PAP vs the Opposition. Whatever. Let's agree to disagree.

Yes yes she is the voice of all the poor Singaporeans who have their woes ignored by the evil government.

But why should she deserve for FB Likes than MM Lee? I know, FB Likes don't mean anything. But I'm just irrationally annoyed. MM Lee dedicated his whole life to building Singapore to where it is today, and this is the thanks he gets from Singaporeans?

That they'd rather pledge loyalty to some advertising chick who has not done anything for Singapore yet?


Back from back in 1951, SIXTY freaking years ago when he looked like this: 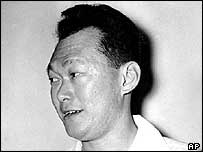 He has served our country...

He led us through our separation from Malaysia, which worried him so much he fell sick shortly after. And even though we are a minute country with no natural resources, transformed us to one of the most cosmopolitian countries in the world.

Think Singapore is over-populated? Thank him, he discouraged our parents from giving birth to more than 2 kids each, or the situation would have been even worse.

When Singapore was faced with political corruption, he gave the Corrupt Practices Investigation Bureau more power and upped the pay of ministers and judges for an honest, clean government. It worked.

He encouraged Singaporeans to learn English, which we are now using to criticise his every move.

And throughout his life he is relentlessly worrying, planning and working for a better Singapore.

Till today when he is THIS old man: 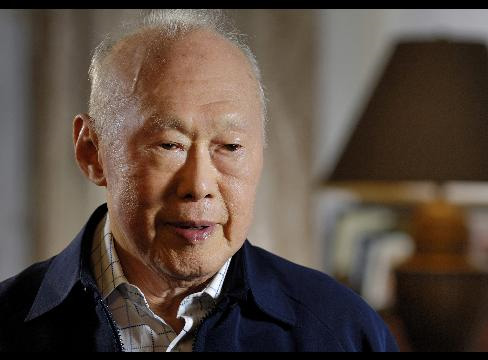 If you are so old and your wife just died would you still care about your country's welfare??
AND YET HOW DO YOU GUYS REPAY HIM?

I don't care how you vote or how you feel towards the government.

But you cannot deny our MM Lee of his contribution to Singapore - so please, SHOW SOME RESPECT.


How shameful and hurtful is it for him to see that Nicole Seah has more support from Singaporeans than him?


Thank you MM Lee. I am proud to be Singaporean today because of you.


p/s: Who am I voting for? My GRC is Tanjong Pagar so it's a walkover. But if I were in the Aljunied GRC, I'd vote for the PAP because I believe George Yeo does an awesome job and will continue to do so. Losing our foreign minister will be a huge loss to our nation. But you do whatever you want.

p/p/s: I will delete any comment that I find too self-righteous or annoying with no rhyme or reason.

Why the fucking news sites all showing off as if this is some kind of WIN for Opposition? Fuck please it's even in Nicole Seah's wikipedia page like a trophy. You know what is BUAY GUM WAN!! 不甘願! 不爽 let her even have this little victory which she doesn't deserve.

And yes now MM Lee Kuan Yew has more likes than her, as it should be. Well done folks!
- May 03, 2011
Newer Post Older Post Home