Normally I don't care for special dates but my blogskin was ready about 1 day ago and since today is 11.11.11 I thought it'd be awesome to launch it at 11.11pm too.

So many ones is very auspicious right? Hopefully I can remain number 1 forever LOL.

Anyway so yes, the new blogskin! How do you like it?

I wanted something more floral and jappy rather than the princessy pink look that was my old blogskin... It's getting a bit too juvenile for my age! 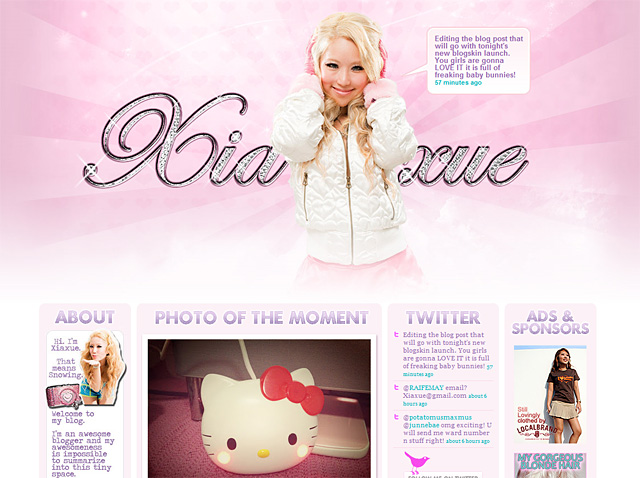 GOODBYE!!! I'd miss you!!
I guess the biggest change is the "latest video" part I added to the top!

There, Lionel from Ripplewerkz, the awesome human being that did my coding, embedded my playlist and did some coding wizardry to make the subscribe button look not as ugly as it normally looks. I'm sure most of you who can't be arsed about html won't know what I'm talking about so I'd skip this. So yes anyway you can view all my videos from there!

After all blogs are becoming more social so I need to keep with the times and tweet/tumblr/youtube etc.

The graphics I approached Nu (or Priscilla as I call her) from http://unnu.us to help me. I told her I wanted something Lis Liza inspired and she delivered! She is really good with all the girly graphics. :D

I got a bit of a chip on my shoulder because last time during the Nuffnang Awards people said I didn't deserve to win the Best Original Blog Design since I didn't design my blogskin myself.

This time round I'd like to stress that I actually did about half of the graphics myself too and had a lot of input in the coding ok!!

I mean look at this!

Haha that's how the header originally looked!! *unglam*
I thought about doing this ribbon look myself and stuck it on blu-tack then photoshopped it. I love how pretty it looks now! :D

The floral background I actually took from the Liz Lisa website and modified it so that it tiles.

As for the blog banner, special thanks to my BFF Shuyin, Momo and Qiu for making it happen!! And Moomoo Pets for the adorablllllllllle bunnies. :D

Clara from Moomoo is super nice and I actually made a trip down to see her bunnies before the shoot... One of her netherland dwarves had about 9 baby bunnies are they are all so stinking cute I almost died!!

And they are all kept in very good/clean conditions with a real garden to make burrows in!!

Since her home is a nice private house with a swing I thought I'd just have the shoot over there... That way the bunnies won't have to leave their home just for the shoot!

It was a rainy day. Thank god the rain stopped pretty fast. 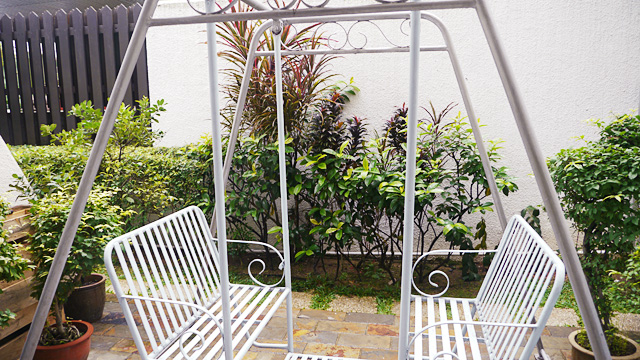 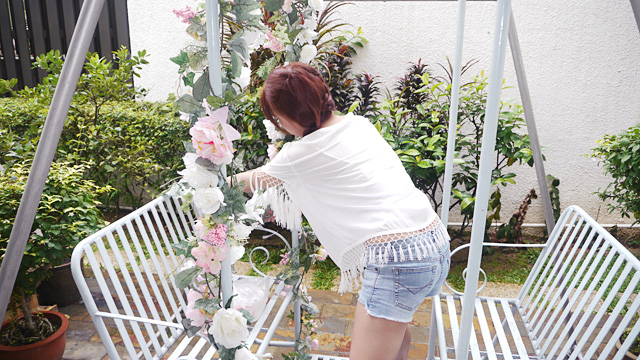 And here's BFF transforming it with all the fake flowers than I bought. She really has a knack for this sort of thing and she is a perfectionist so I just let her get on with it. LOL

p/s: I'm not sharing where I bought the flowers. 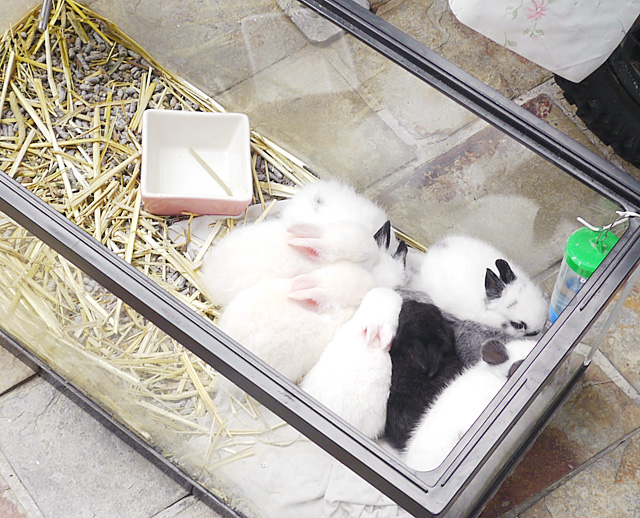 Baby bunnies put in a tank for the duration of the shoot!! 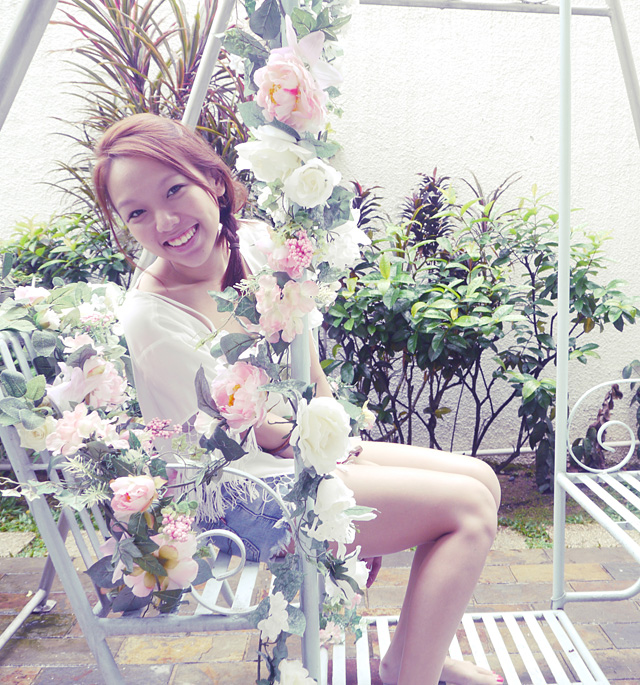 Here's a chio picture of Shuyin. I also treated her to Mcdees after the shoot but basically this picture and Mcdees is all the rewards she got from waking up at 8am to be the photographer and stylist. LOL 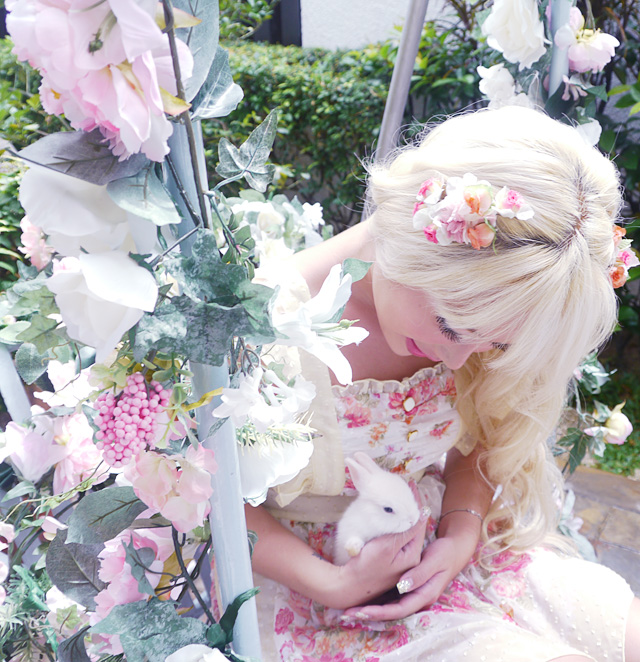 Here I am with one of the bunnies!! :D
I took a lot of pictures with them but most of them looked like the bunnies were the center of attention so they didn't work for banner pics. :( 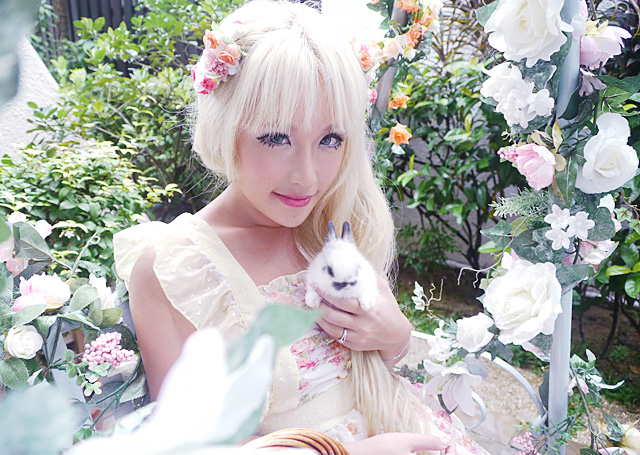 This is my favourite bunny of them all! White with grey ears... I wonder who he/she belongs to now! 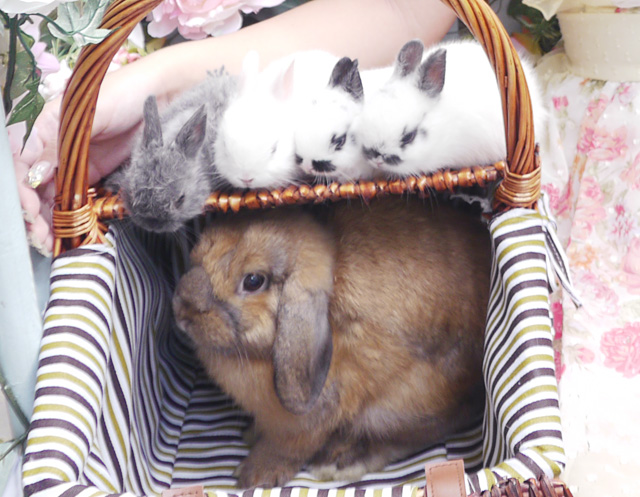 The lop is Clara's personal pet Fluffy! He is so tame and is allowed to run all around the house! 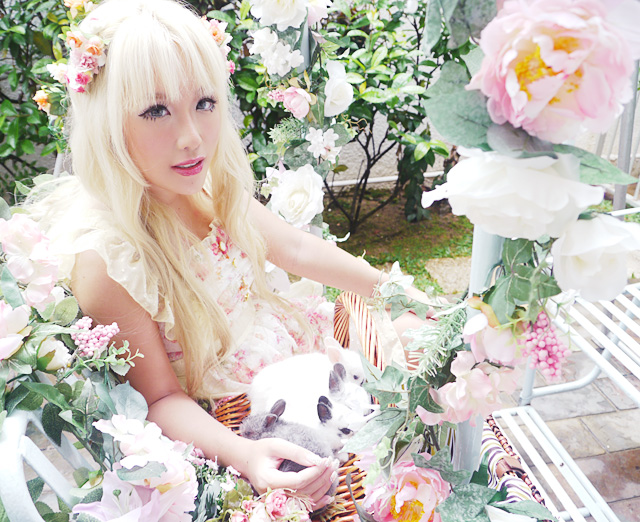 Another pic I considered using for the banners. Btw just like the previous skin there are 5 banners rotating. You can refresh to see them all. 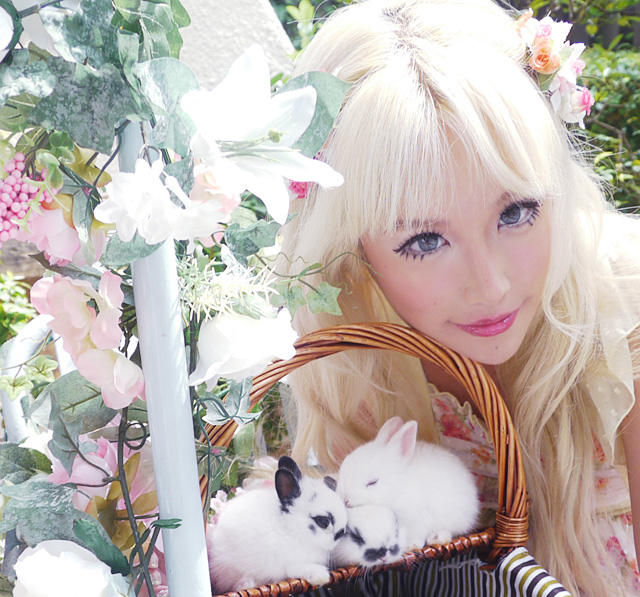 Awwww they are snoozing! 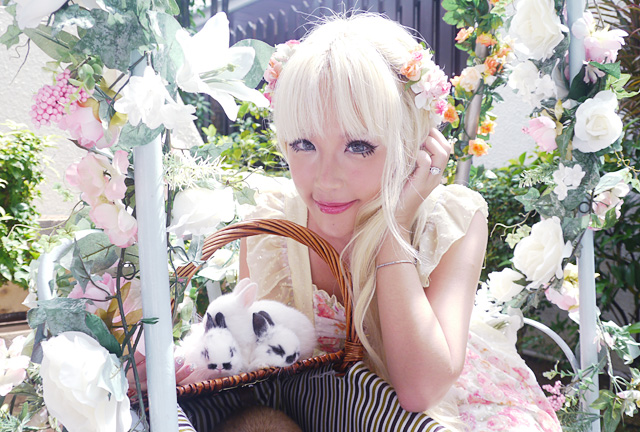 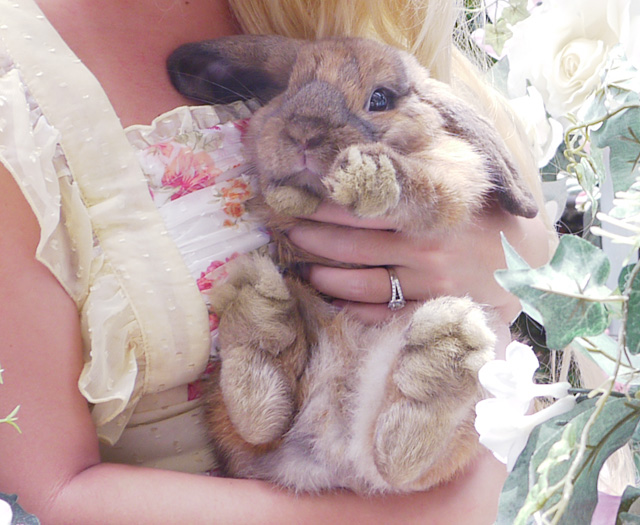 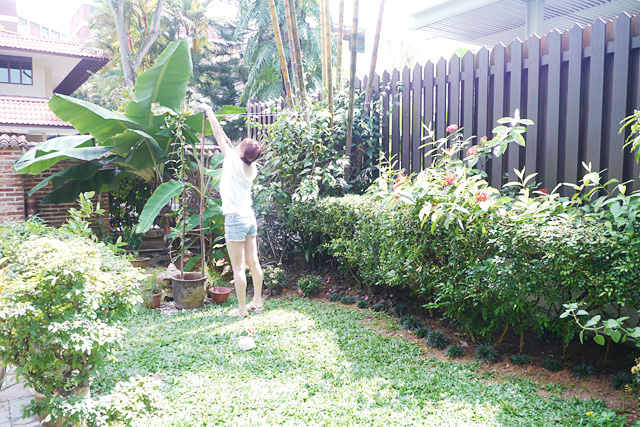 Shuyin setting up another part of the garden... 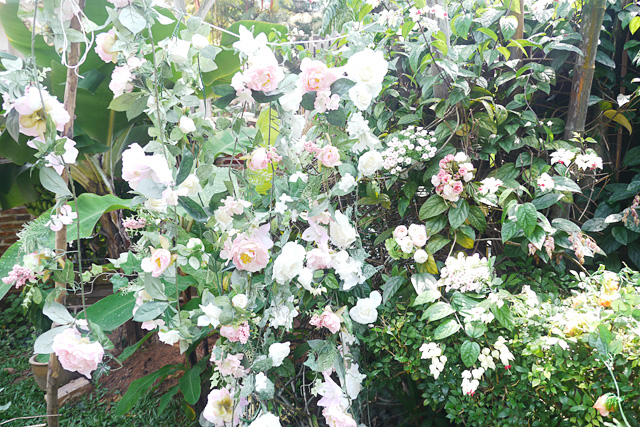 She hung all the flowers up like a curtain! 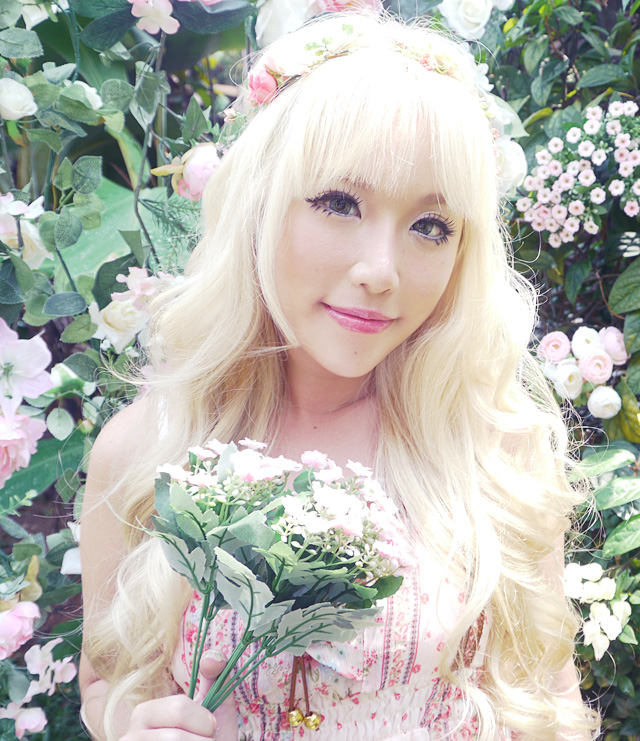 One of Clara's friend brought a chinchilla to the shoot!! :D It's so adorable but it keeps trying to jump away! 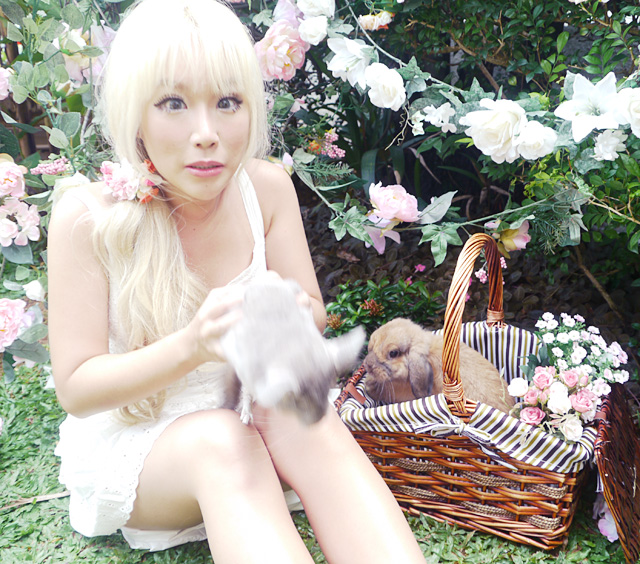 I mean look at this award-winning picture! LOL 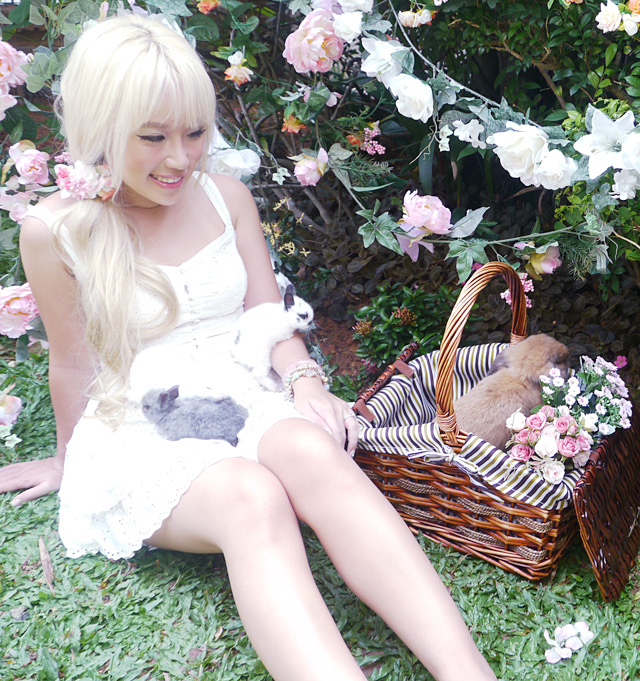 Bunnies are better for shoots LOL. And none peed on me! (thank god) 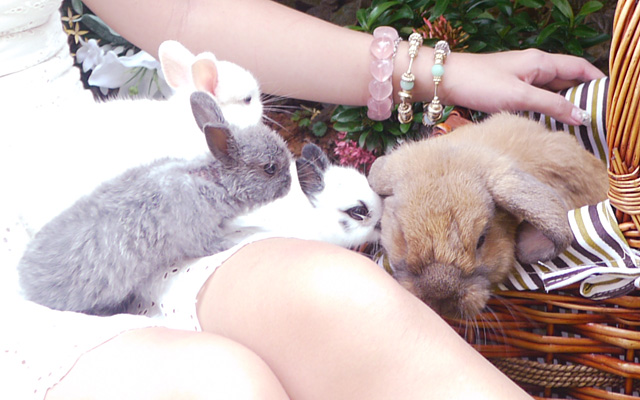 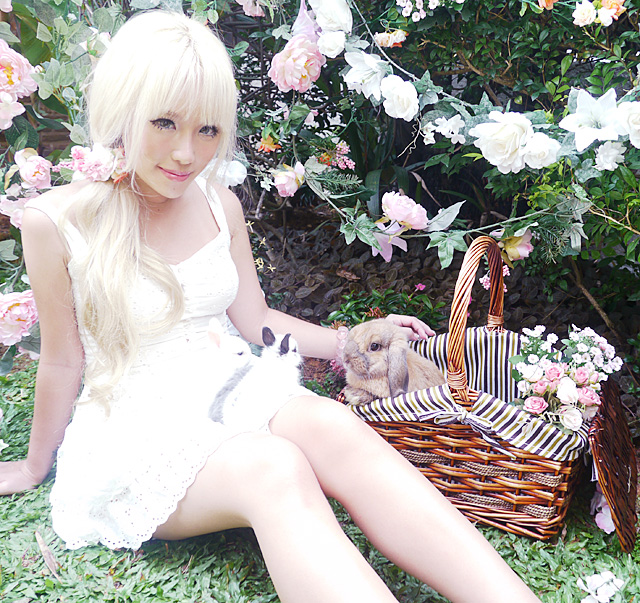 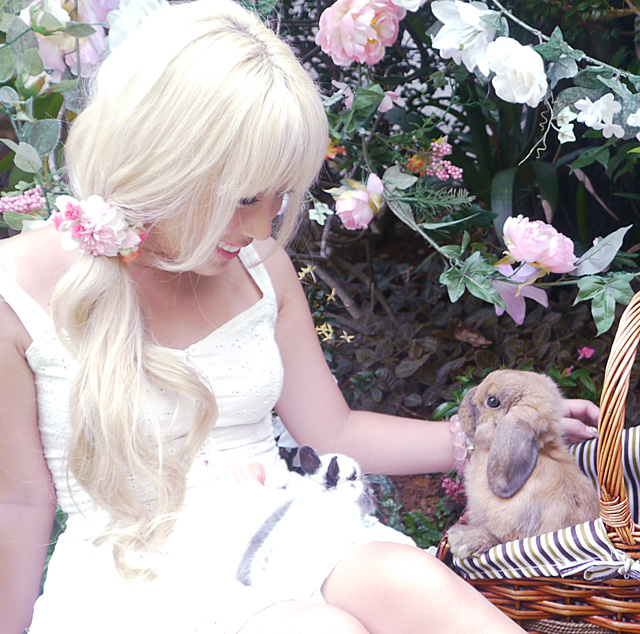 "You looking at me?" 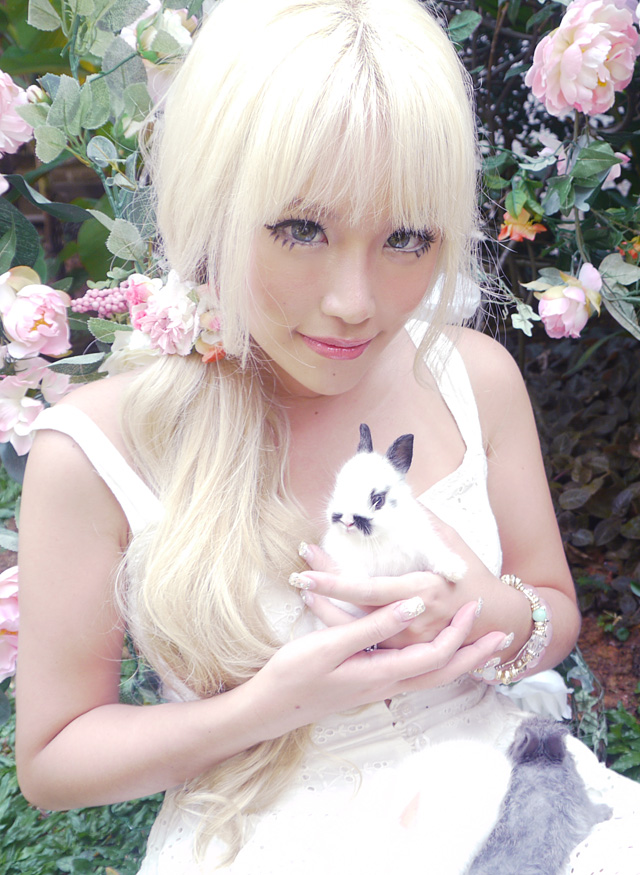 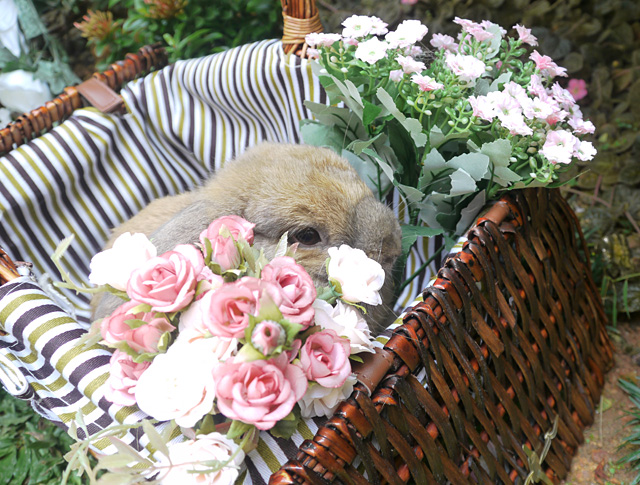 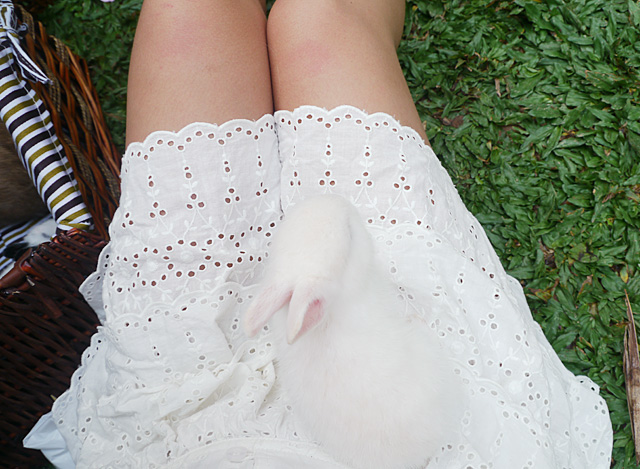 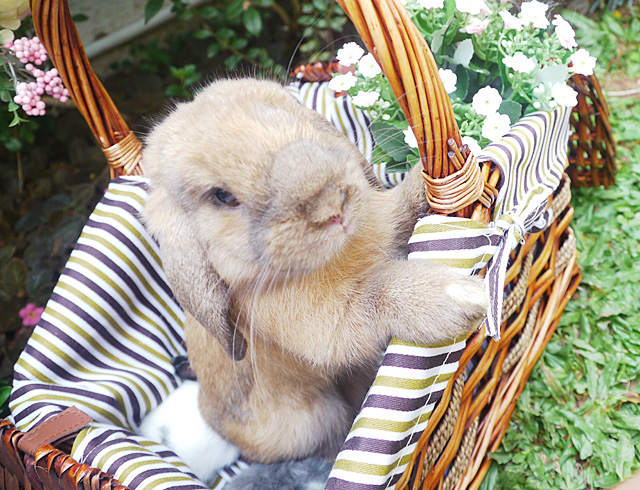 And that's it for the pictures from the shoot! 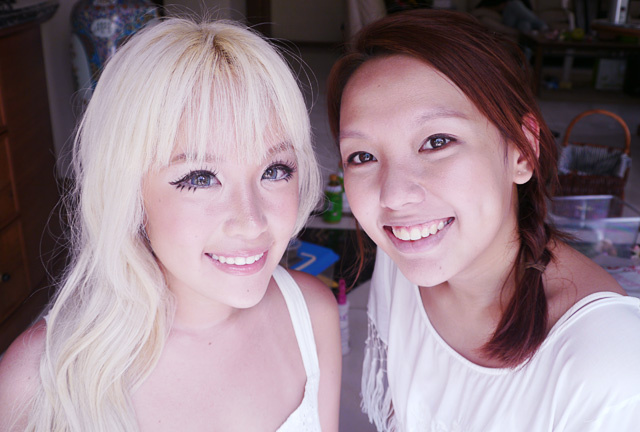 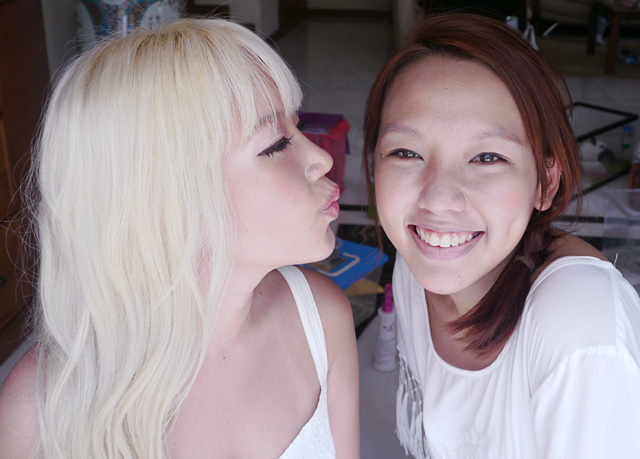 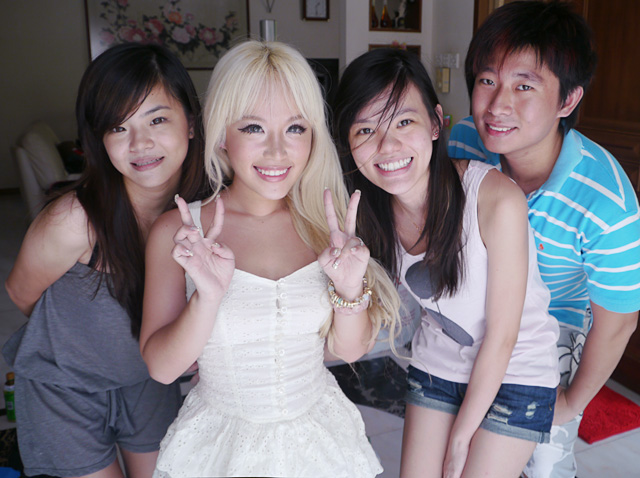 p/s: All the baby bunnies in the photos are sold by now but you can still contact them if you want to buy a little fluffy pet!