I'm glad because I've been really unmotivated to blog lately... I guess with this I'd just have to buck up if I want votes! 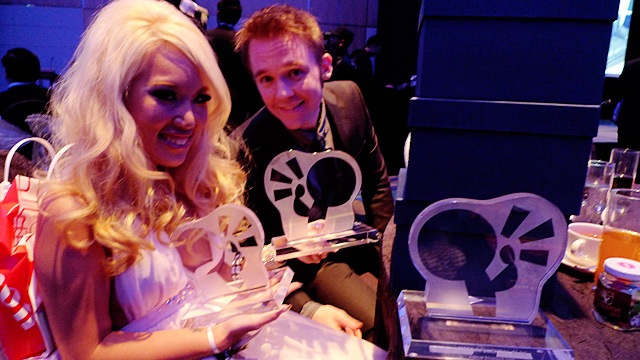 Back in 2009 I won Best Original Blog Design, Most Influential Blog and best of all, Region's Best Blog!

What's the big deal with some internet award? Well, it's the biggest deal there is for bloggers because the competition is extra stiff with bloggers from all over Asia Pacific (Philippines, Australia, Malaysia, Singapore) competing! And this year, I think there might be even more countries involved!

Plus we had a super glamourous event with red carpet and all at the Pan Pacific Hotel. It was just an awesome get together for everyone in the industry. :D


So yes this year I am a finalist for two categories!!!!!


I am supposed to write an acceptance post so here it is: I ACCEPT!!


You can vote by clicking HERE!

Despite my injured arm (it's still fucking painful when I do photoshop. Mad upset) I braved through the pain to edit pictures!!

So here they are: 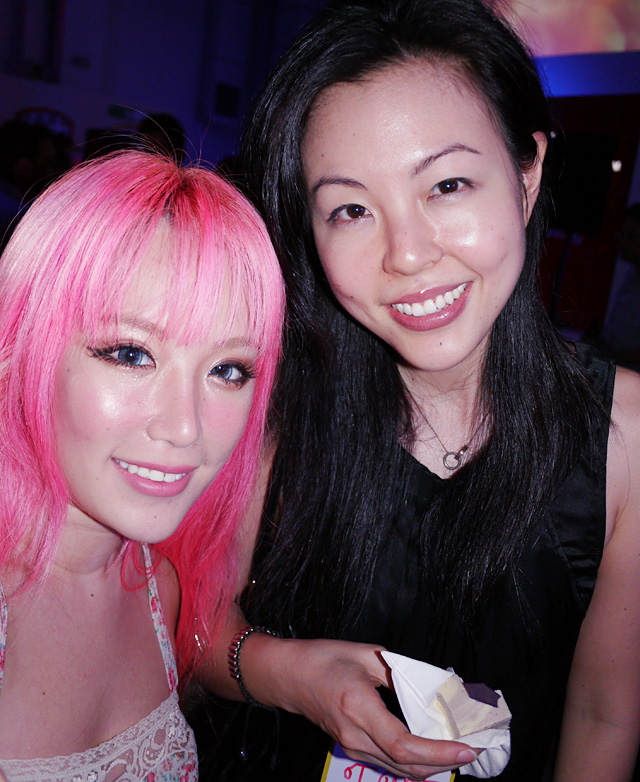 Gillian and I at the launch of Youtube Singapore!
Yes now Singaporeans can become Youtube partners. Awesome! 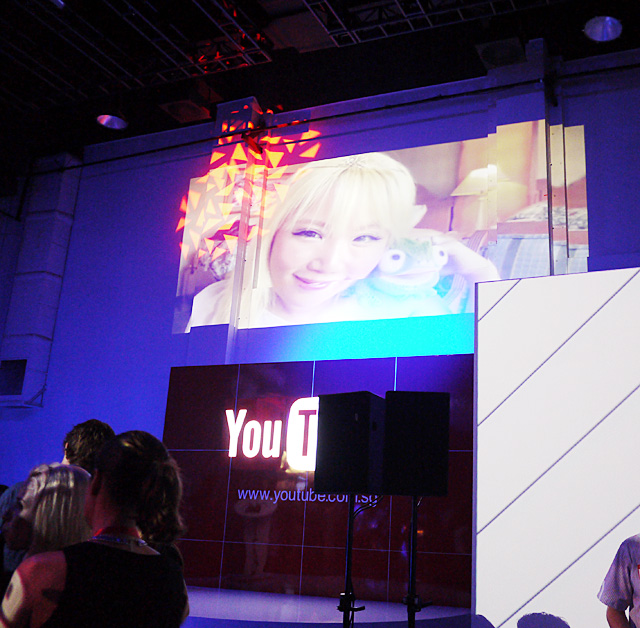 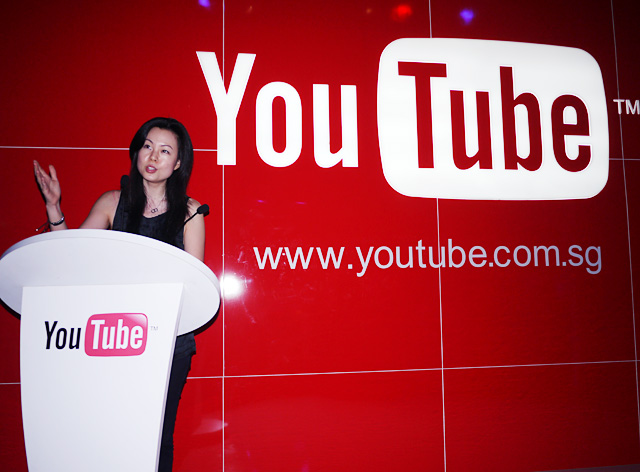 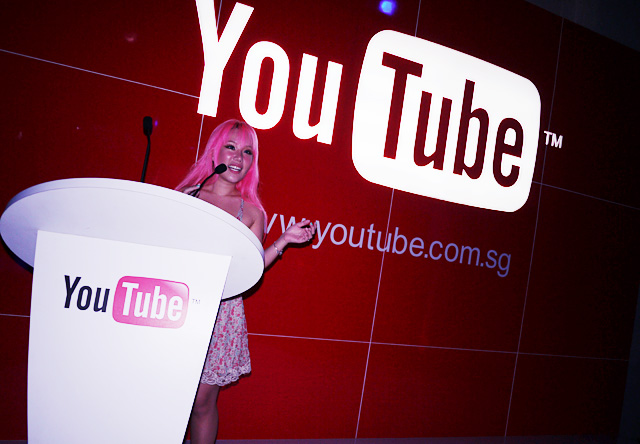 After some Google peeps finished their speech at the podium Gillian and I very buay paisehly went on stage to pretend like we were giving a speech. LOOK LIKE RIGHT? 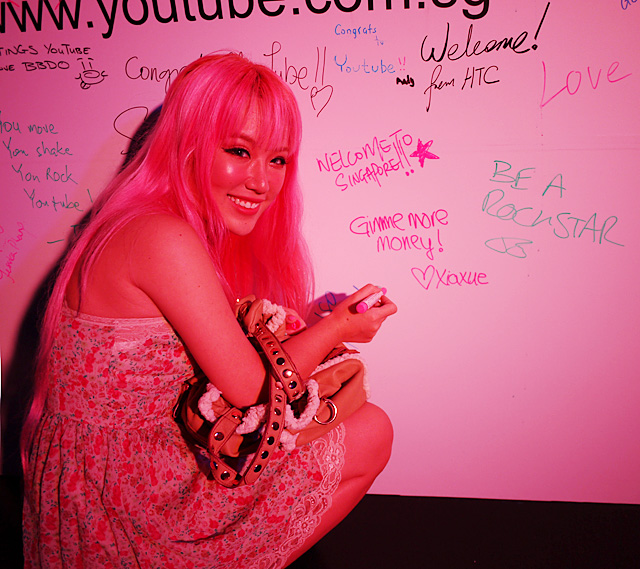 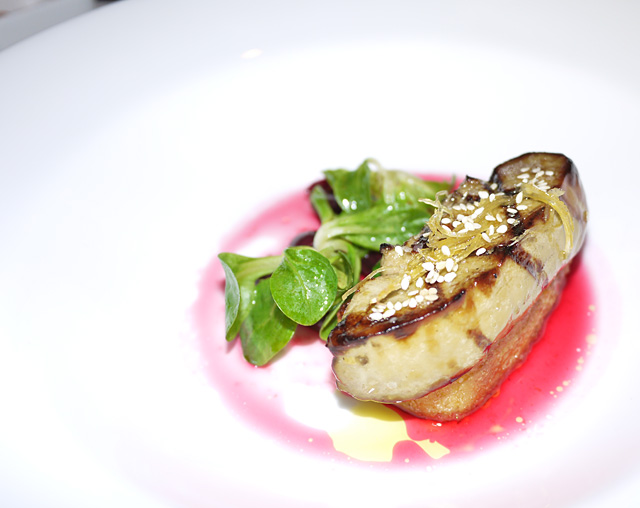 Foie gras. DOES THIS LOOK LIKE A FOOD BLOG PIC OR WHAT? 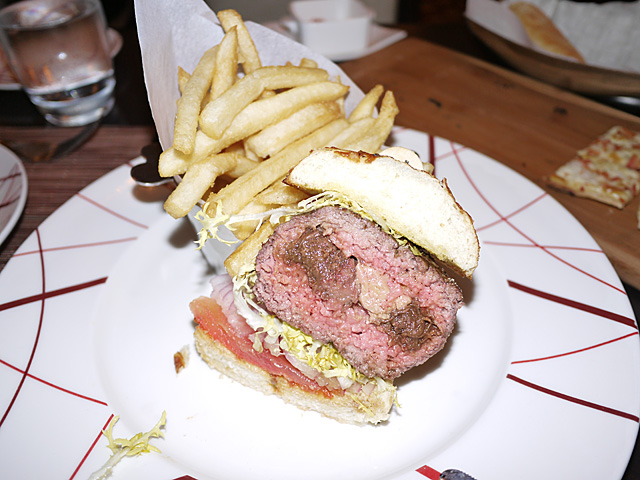 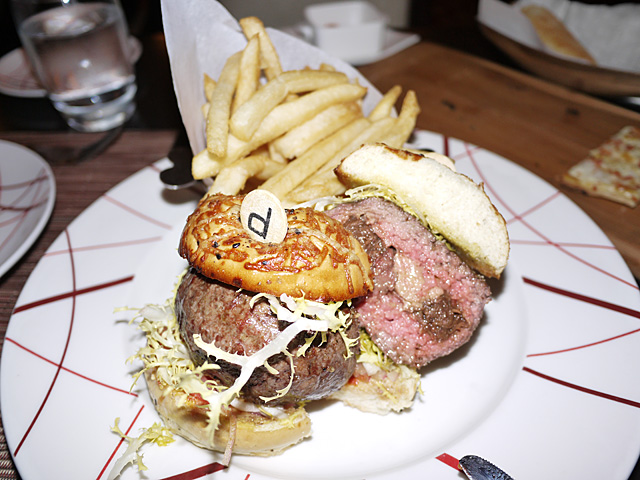 The muthafucking best burger in the world... Inside the patty is foie gras and the most tender short ribs I've ever had. It's just OOMPH. From DB Bistro at Marina Bay Sands!

The service there is beyond impeccable. 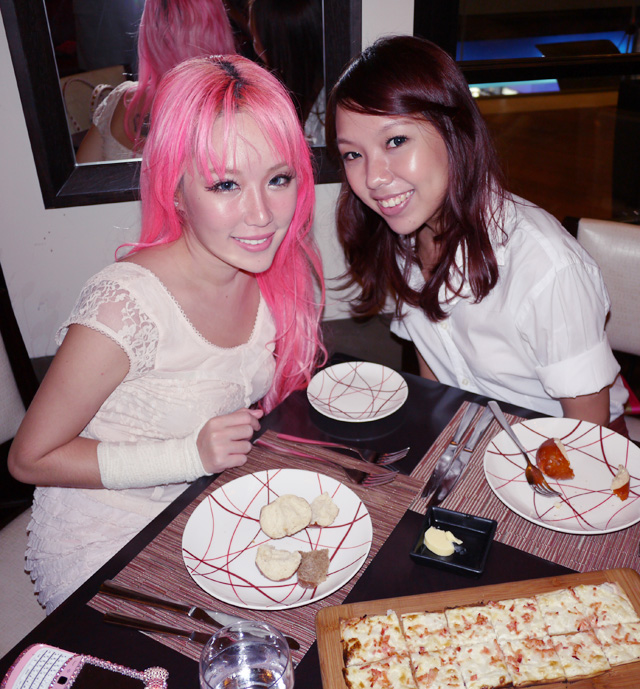 Shuyin and I sharing a meal there... DID YOU SEE MY POOR BANDAGED ARM!? 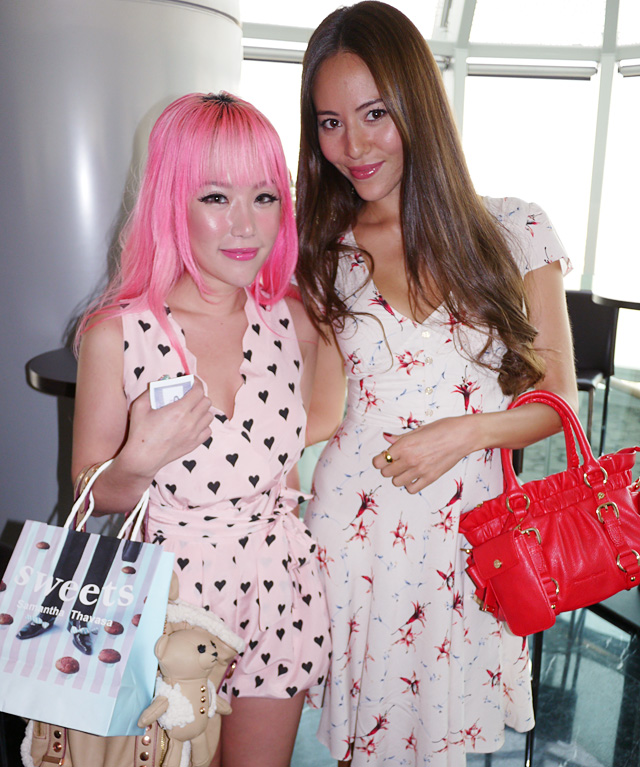 Jessica Mitchibata (she's a famous Japanese model!) and me!
Taken during the Samantha Thavasa event. She's an ambassador for ST. She seemed nice but I didn't get to speak to her much. Very pretty!

I bought that romper at Bugis for $66... Stupid Qiuqiu went to taobao to look for it and found it for $11 including shipping. She somemore ask me gleefully... "I found it, you want to know how much?" I said no but later I resigned to fate and she told me $11 and I was like FFFFUUUUUUUU 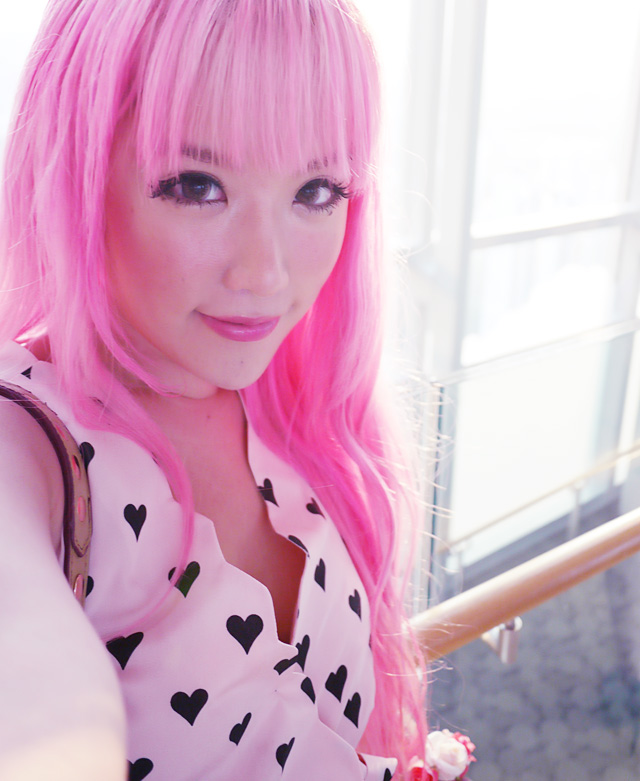 One more picture I took that day. Disgustingly enough, my camera died on me after this. -_- 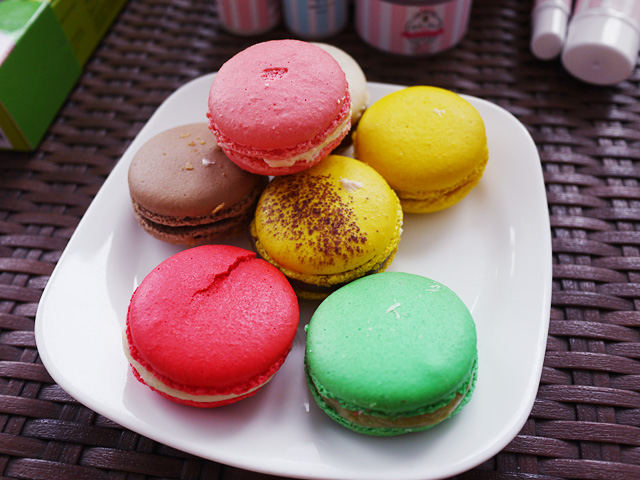 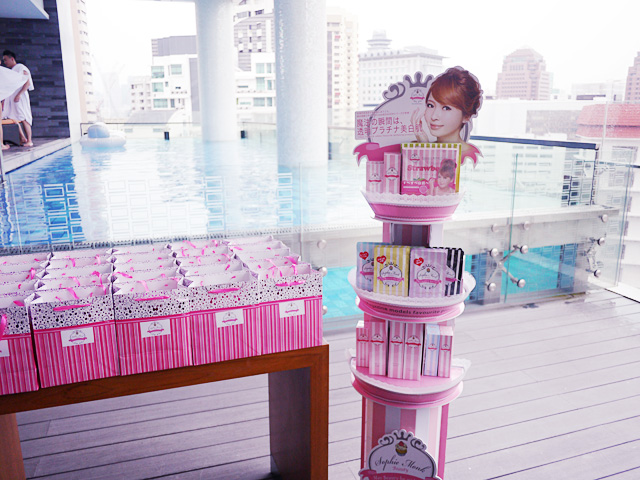 Waiting at Quincy Hotel for Makiyo to arrive. She's here in Singapore coz she is the ambassador for Sophie Monk beauty products. You can find them in Guardian. :D Wow I realised the two celebrities in this post are both Japanese! Or half anyway.

Invited Shuyin, Yutaki, Eric and Sophie to join me that day... Qiu and Kaykay were supposed to come but they couldn't make it. :( 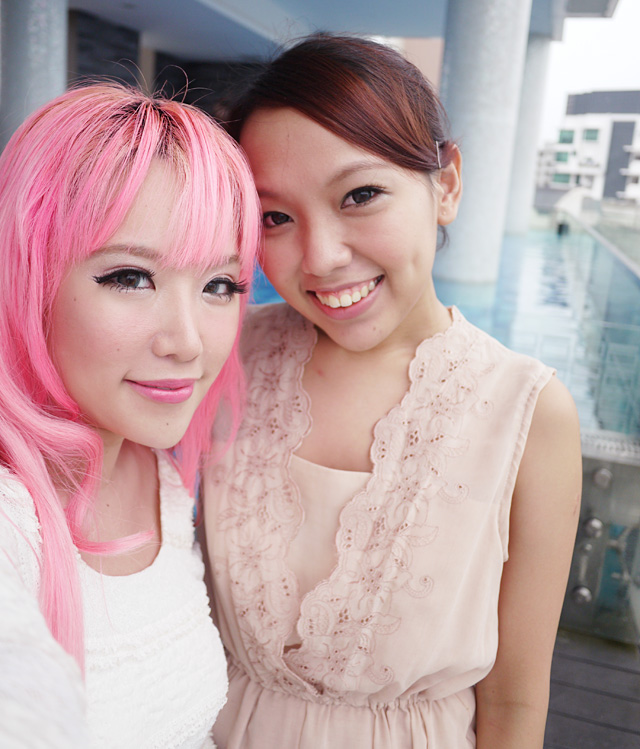 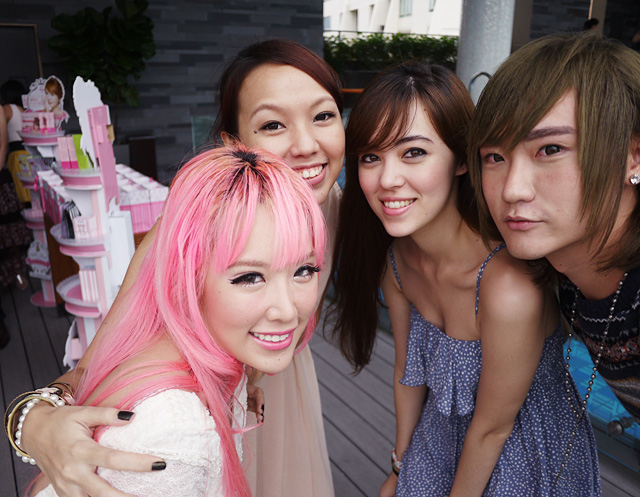 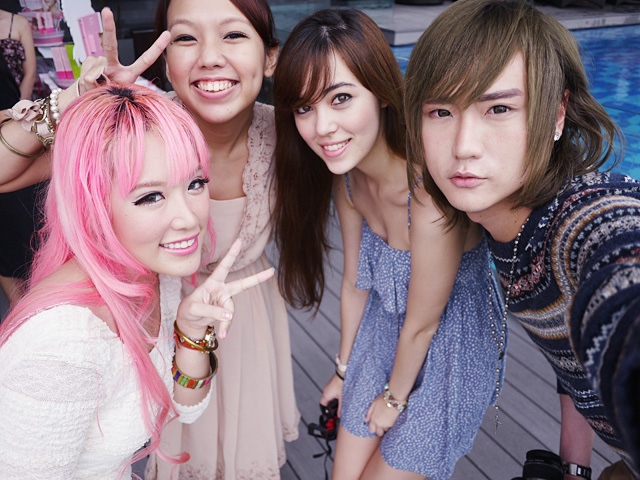 Dunno why Eric is not in the pictures... 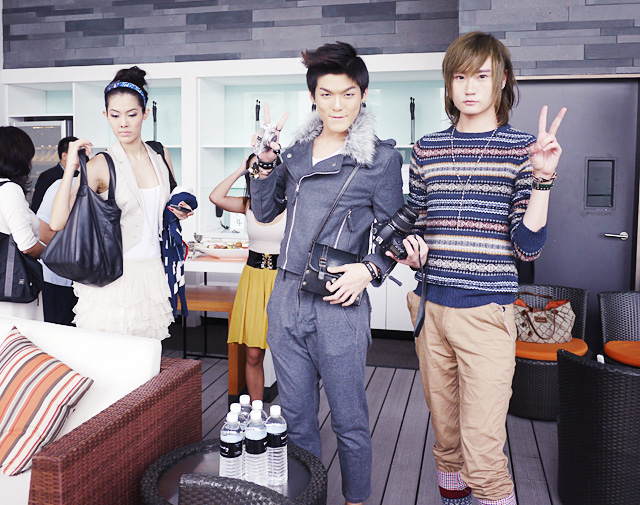 Ok here he is. LOL 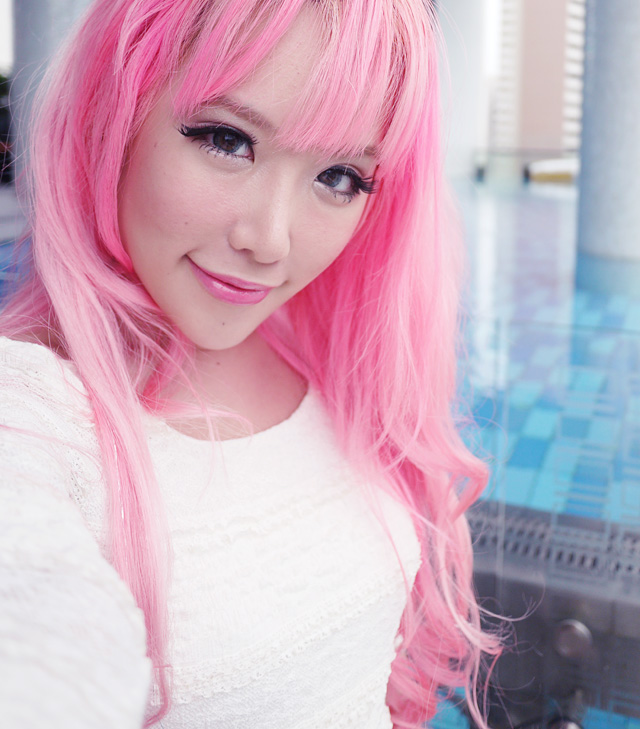 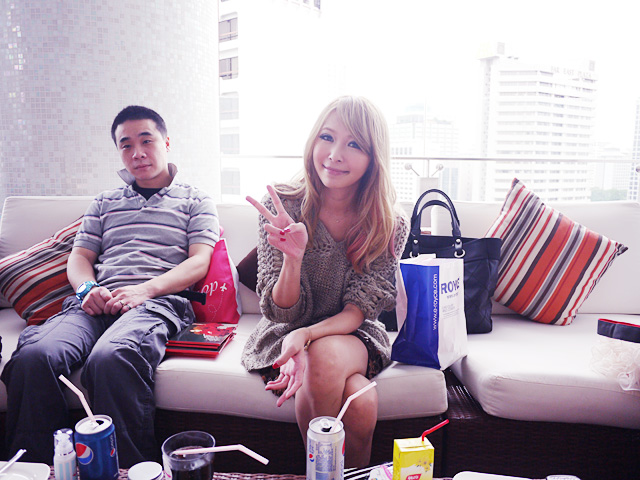 THERE SHE IS!!
Everyone chatting with her about beauty stuff... Except Sophie coz she half angmoh so her Chinese is laopok and she damn paiseh to speak Chinese to Makiyo lol 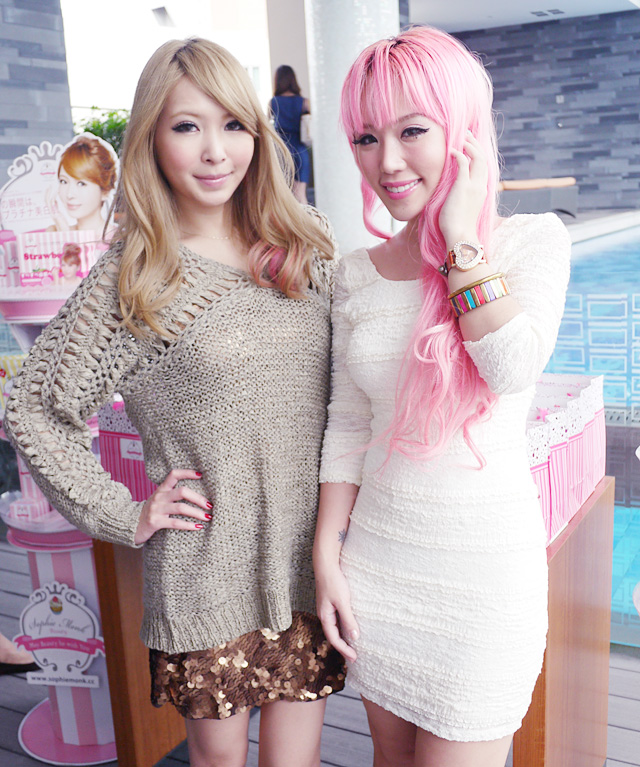 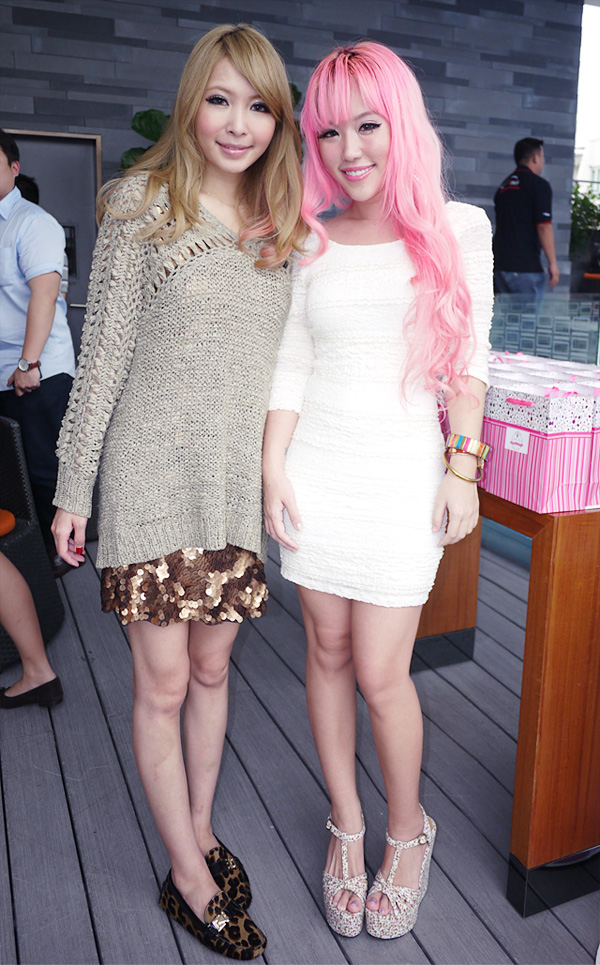 Me + the star!!
She's so pretty and cute! Her nose is like super perfect please and I don't know how she dyed her hair to be such an awesome ashy tone. Plus the colour is really even and it's really healthy wtf. 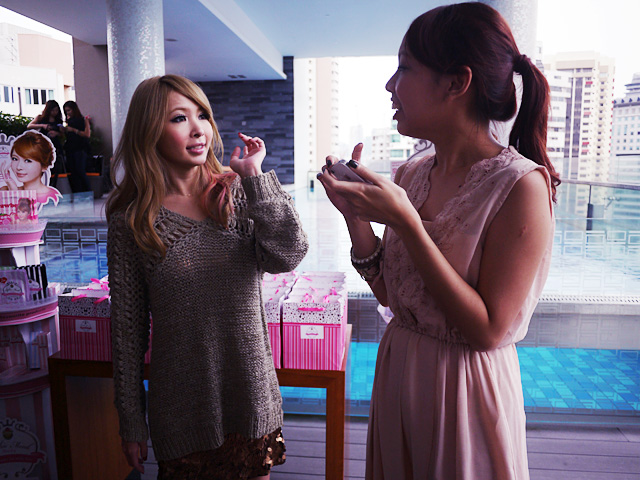 BFF and Makiyo chatting like old friends wtf... Shuyin's super into Taiwanese stuff so she was probably discussing something nobody else there knew about Makiyo.

BTW this Shuyin really super wu xim she went to my place early and bought Royce chocolates + a bangle to bling for Makiyo as a present... I contributed by doing the blinging. Unfortunately didn't take a picture of it. It's just the word "Makiyo" in blue diamantes with a red shadow. Looks a bit Wonder Woman-ish. 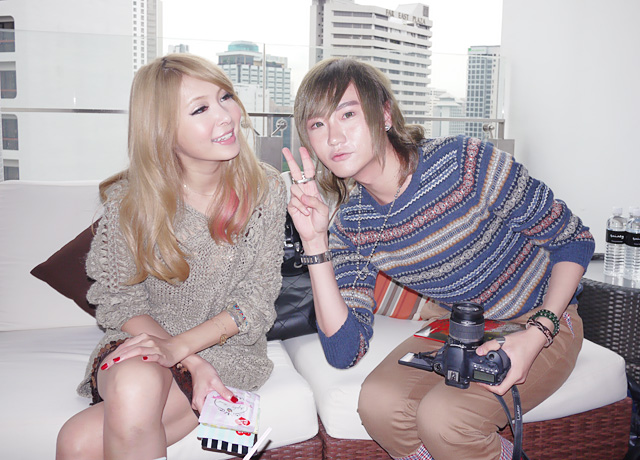 Yutaki + Makiyo
Makiyo was so sweet she actually signed an album for everyone! :) 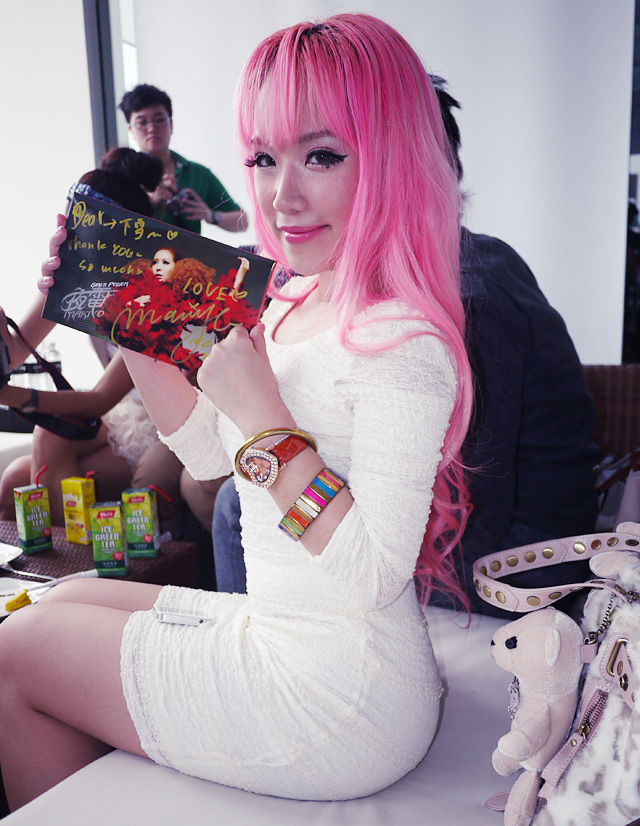 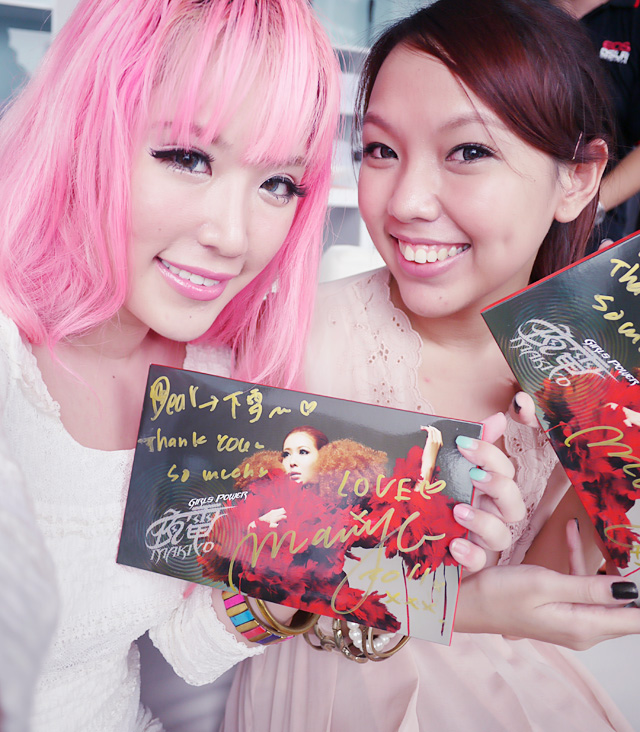 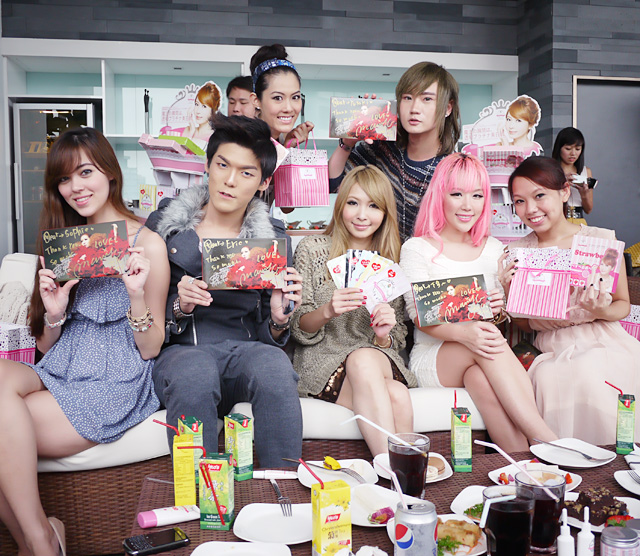 Wooooo congratulate me!! I mean besides being a finalist today Mike and I are going for our second appointment with HDB... WE ARE GETTING OUR KEYS TO OUR HOUSE!! :D
- November 15, 2011
Newer Post Older Post Home