In another 2 days' time my holiday in USA will be over and I'd be on a freaking 20 hour plane ride back to Singapore! I've been having fun here and I did so much shopping!!

Just a note: This blog post is entirely about shopping so I'm not sure if the straight men will find anything of value here (not that they usually do but this is less than usual). If you just want to read on to then comment "Geez what a shallow bimbo, I'd never date a girl like that." and proceed to have sex with your hand I also won't object, anything that makes you feel better about yourself I guess. Hey, I'm happy! You should be happy too. :D

So yes! I bought loads of clothes at Abercrombie's outlet mall for teens/kids. Their size 12/14 (or M/L) fits me well (I'm not trying to say I'm skinny, the sizes are really quite big) and all the clothes were either $9.90 or $15.90 with an additional 30% off storewide. I went mad. I bought 4 pairs of floral shorts for my girlfriends lol.

But the cherry on top of my awesome year so far is shopping done not in USA but in JAPAN!!

I went to check out Liz Lisa's website (don't want to link, the items all sold out as it is) and almost died because they had such cute stuff!! Then I remembered that Cheesie and Audrey are in Osaka now so I asked them to buy some stuff for me if they could find them in stores.

But while they were en route there I was super fearful that the things I wanted would be sold out since a lot of them were already sold out on the website. Then I saw a little ad on the Liz Lisa page itself... A company called Tenso.com does shipping for Japanese websites! You buy the products, send them to a Japanese address which is Tenso's warehouse, and after paying Tenso they will forward it to you!

Being a kiasu Singaporean I obviously decided to try to buy the items online instead of troubling Cheesie and Audrey (and running the risk of even the web items being sold out).

After many hours of hair pulling trying to translate all the Japanese words and registering on Tenso and Liz Lisa I finally bought all these:

(By bought I mean I paid for it but I haven't received anything. *Crosses fingers they arrive to me safely*) 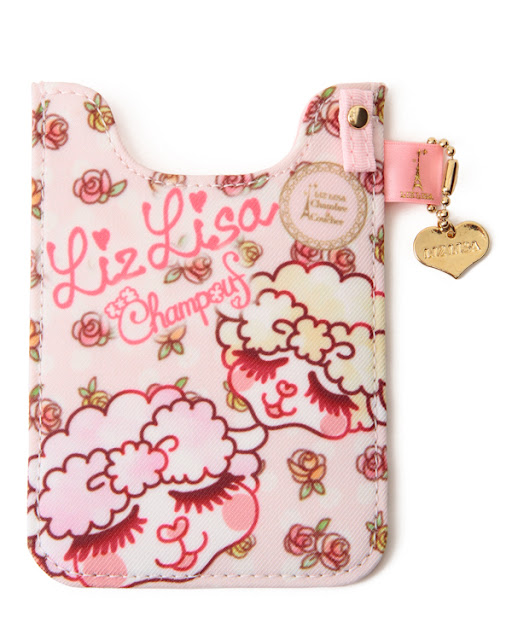 Champouf phone case!! I LOVE CHAMPOUF!!! Liz Lisa's sleeping lamb mascot is just too cute for words! I think this is about $50 sgd. :X

It actually comes with a matching iPhone sticker but it's sold out: 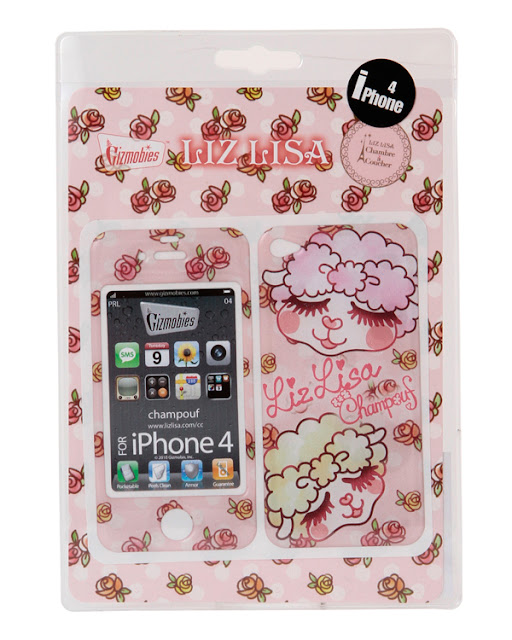 Actually there is a case I like even more than the Champouf one but it's sold out too. !@#$%^& 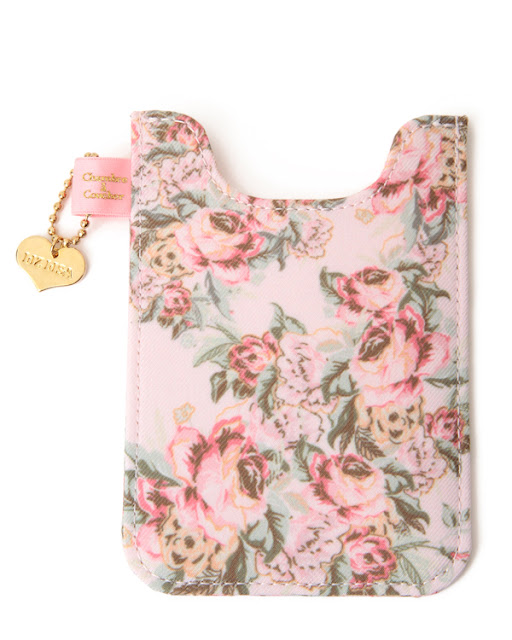 Sigh! I hope they restock it! :( Also the matching sticker is sold out: 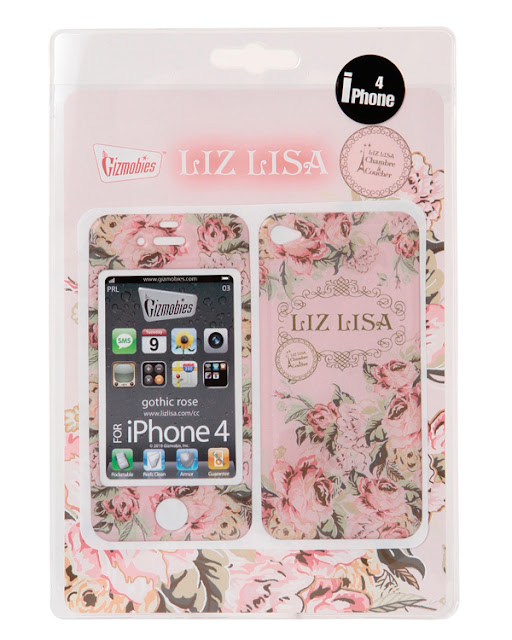 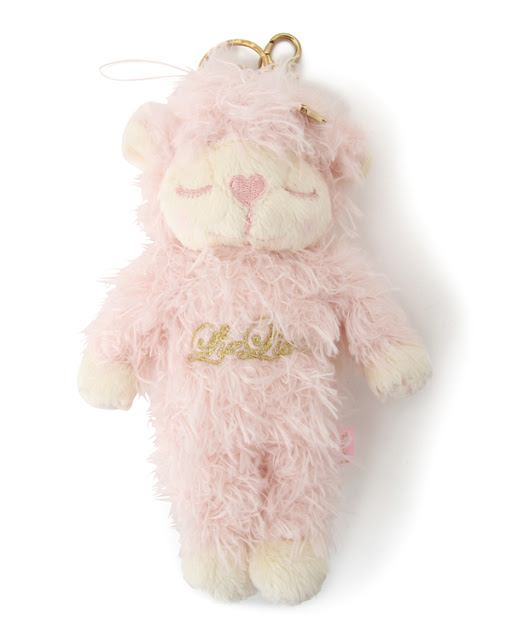 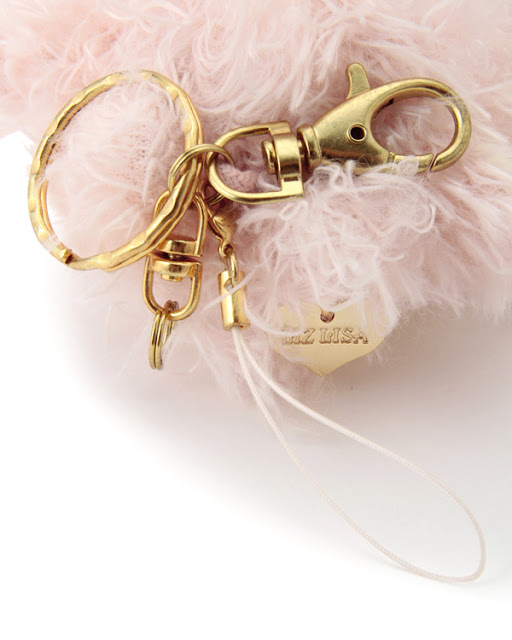 This is a Champouf phone strap!!
I already have like a zillion Champoufs (ok, four, not a zillion) at home, bought from Sapporo and from Minimaos.com but who can resist a mini, baby pink one to hang on the phone? Not me! I have two bag straps in white and dusty pink, a giant Champouf plushie, and a small one that is a measuring tape. I'm sure you have seen them in other blog entries/videos.
And behold the pièce de résistance: 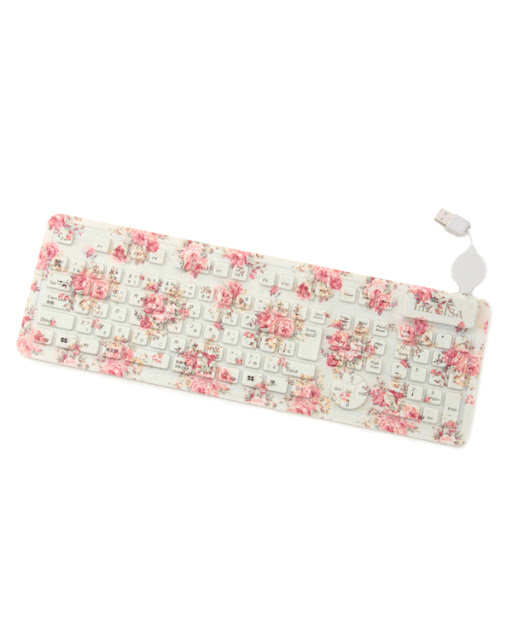 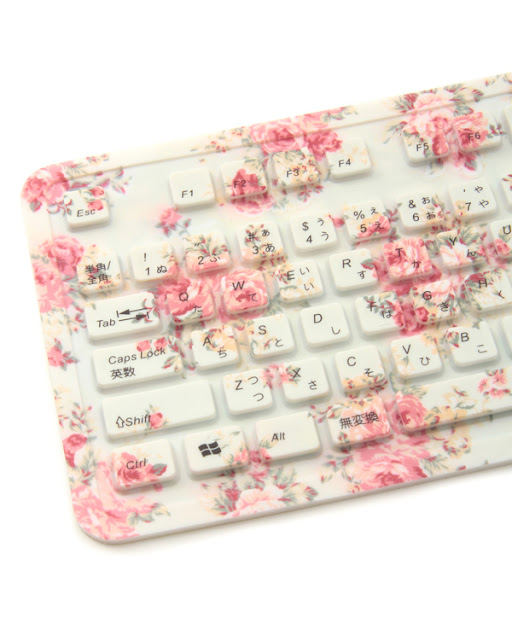 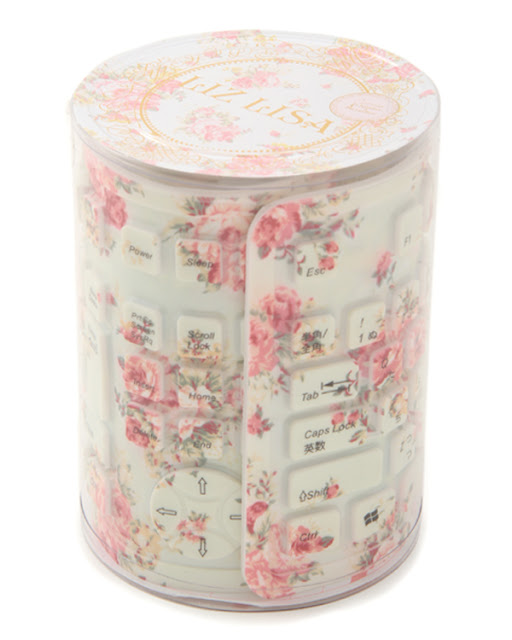 It's a freaking floral keyboard!!!!!

I mean it sucks that it is a stupid SOFT keyboard but still!!!! *sputters* Ok I know not many people share my love for floral prints but floral electronics are virtually impossible to find!!

Ok this stupid keyboard set me back $120 but I don't buy branded bags or expensive shoes and I don't have a single Chanel anything so I deserve this! I will use it for WORK and to earn me more money!

Suddenly had a fear that the keys are different from the English ones but I see QWERTY right there, I should be fine. RIGHT? RIGHT? This is not gonna make me type gibberish Japanese words is it? No it won't.*deep breath and stop hyperventilating*

So anyway I was happy enough as it is but then Cheesie and Aud tweeted me today and said they also bought me stuff from Liz Lisa!! Not the same items I've already got, I promptly emailed them I already bought the items and anyway the phone cases are all sold out in stores -_- WHAT DID I TELL YOU?

They bought me a fukuburukukubaru. Ok I have no fucking idea how to spell this hold on. "Fukubukuro". It's directly translated as happy bag or something and basically the Japanese put some items (clothes, accessories etc) into a pretty bag and sell the entire bag with its contents for a cheap price! I was so jealous when Cheesie blogged about getting this pink ribbon luggage fukubukuro some time ago and NOW I CAN HAS ONE:

Pics taken from Cheesie's instagram. They bought me the floral one!! Can't wait to see the girls in KL soon + find out what's inside my fukubukuro!! WHY ARE THEY SO AWESOME?!

Anyway as if this wasn't enough to send me into foaming-from-the-mouth spasms of ecstasy they also bought me this: 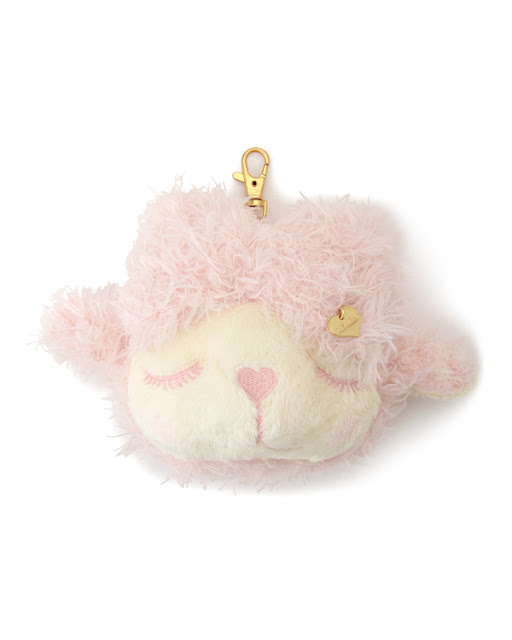 Another Champouf!! It's for putting your cards/passes and can also put small items in it and hang it on bags!! SO CUTE!!! *kisses the monitor screen*
Sigh... The joy shopping can bring you. :D
Er that's it. That's the end of my horribly superficial blog entry. Here let me try to make it less superficial. DONATE TO THE POOR! SAVE THE WHALES!! STOP DISCRIMINATION! FIGHT MALARIA! There, that should do it.
- January 07, 2012
Newer Post Older Post Home