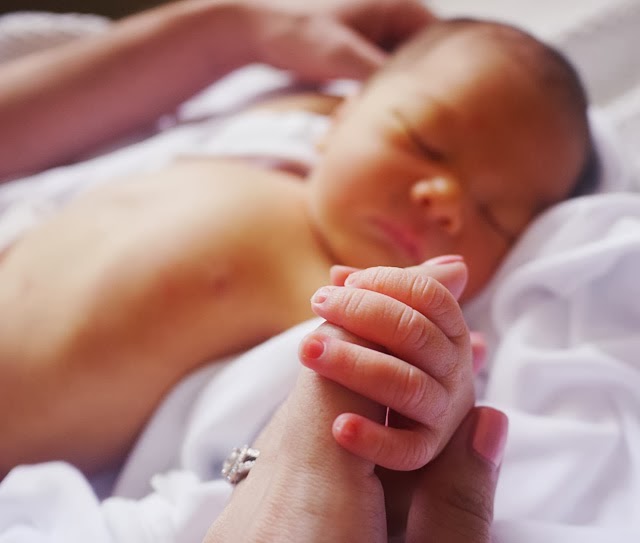 From the first moment you see your newborn baby, you marvel at his frailty, his delicateness, how tiny and vulnerable he is. How can a human be so soft, so helpless?

You are his entire world and he truly and fully depends on YOU to provide him with life - life outside the womb, instead of inside, which you already did for 9 months.

And you know, as you swell with maternal protectiveness, that you are going to give him the best there is.

But alas, herein lies the problem... What is the best? There are so many things for a mom to decide on... The mere thought of the giant list is enough to make the most prepared of us panicky. What kind of milk bottle gives the least gas? What kind of moisturizing wipes is the gentlest on his butt? Are organic cottons the way to go for PJs? What sleeping position is the safest? What school should he go to in future?

Since what is best is different for every baby, you cannot find definite answers to these questions - you can only read up on reviews and give the recommended brands a try.

And now, as a mother, I'm going to give you my answer on something very very important that your baby will be using daily till they are at least two years old -

WHAT IS THE BEST DIAPER BRAND? 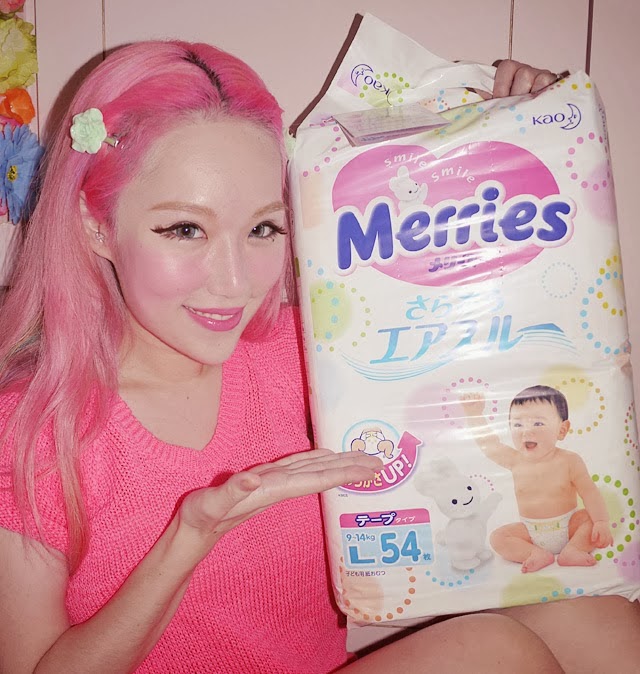 Well, perhaps you guessed from the title...

It's Merries of course!!

You may think I'm biased... Afterall I'm sponsored Merries diapers for Dash to use, and the brand Merries isn't that well known.

The reason for this? Merries is sold by Kao, a well known Japanese company, since the 1980s. It used to be sold in Singapore, was very popular too, but sales here stopped... Only last year did Merries come back into the market.

Merries is one of the top diaper brands in Japan.

And here is why I'm not being biased.

Hospitals provide diapers for all newborns. Dash was given a pack of diapers, brand X (I'm sure I'm being pretty obvious here) to bring home.

Comparing New Born sizes, brand X was very much smaller than Merries, so I decided to finish my pack of H diapers before moving on to Merries.

That week Dash's poop kept leaking out of the back of his diaper!!!!!!!!!! This happened MANY times. I cannot begin to tell you how frustrating it is!!

On top of all the tiring baby duties, I had to also wash the couch's covers which was stained with poop since it leaked onto there, and wash all his gross and stained baby clothes, not to mention sometimes clean my own clothes.

I got so frustrated that I gave away the remaining pieces and vowed never to use brand H again.

When I changed to Merries, I found it SO much softer, more absorbent, and the most important difference back then was that it was slightly bigger than others, resulting in coverage higher up the waist. It is important for the wet poo that will sometimes leak out from the top! 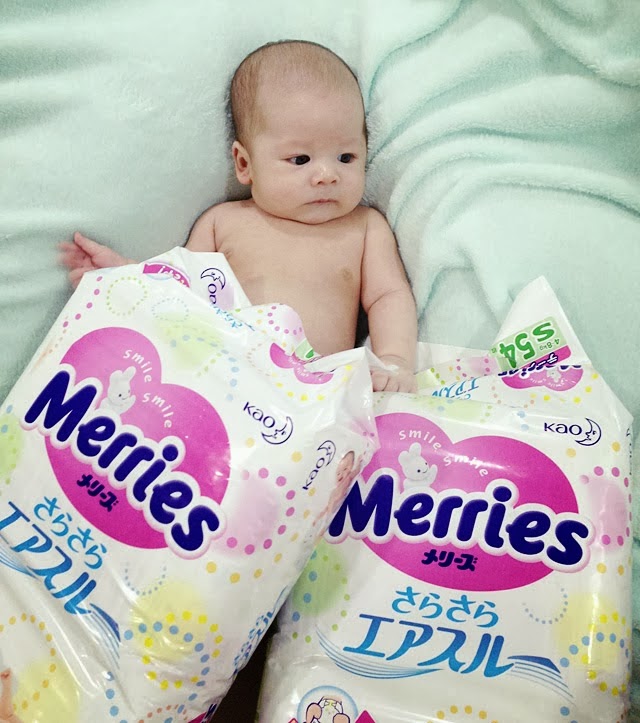 "Sorry for my 10-times-a-day poop mama... Lucky I'm so cute I'm sponsored diapers"
- 2 month old Dash who is smaller than a pack of diapers


I also tried another brand, brand Y, because a whole pack of it came with a hamper gift from a friend.

I touched the diaper, contemplating whether I should try it.

Like brand X, it was also very short. And it's softness is much less than that of Merries. Why should I do this to my baby and to myself? Too short and uncomfortable diapers will only give me grief. I gave the pack away.

Another time I ran out of diapers so I tried a friend's brand Z diapers. Brand Z was also popular with mommies so I expected to like it, but I found it also MUCH harder than Merries. The size L was also comparatively smaller than size L of Merries. Absorbency wise, it was just on par. More expensive, and yet inferior. Disappointing.

Since I was sponsored Merries, I didn't have much incentive to try other brands (other than X, Y and Z which are given free).

So when my new-mommy friends ask me what brand of diapers is the best, I always just say I use Merries and it is very good so far, with some doubts in my mind... Perhaps... It isn't really the best since I've not tried that many?

However, that's easy enough to find out. When I asked around, I found out that every mom I asked said Merries is very good.

When I post about Merries on instagram or facebook, I also found the response to be very heartening - most moms agree Merries is great and many told me they love it. Even confinement aunties told me Merries is good... And who is a better judge than them?

I now wholeheartedly believe Merries is fantastic and every baby should try it. :) 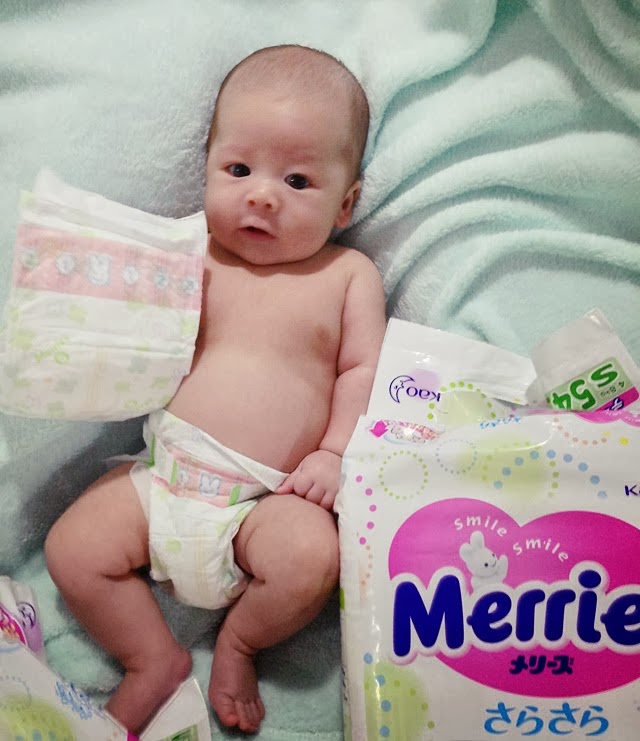 Baby skin is very very delicate. The skin's strength is only about 1/5 that of adults'. What make seem acceptable softness to you may feel rough on baby's skin. Extensive research is done on Merries to make diaper-wearing very comfortable for baby. 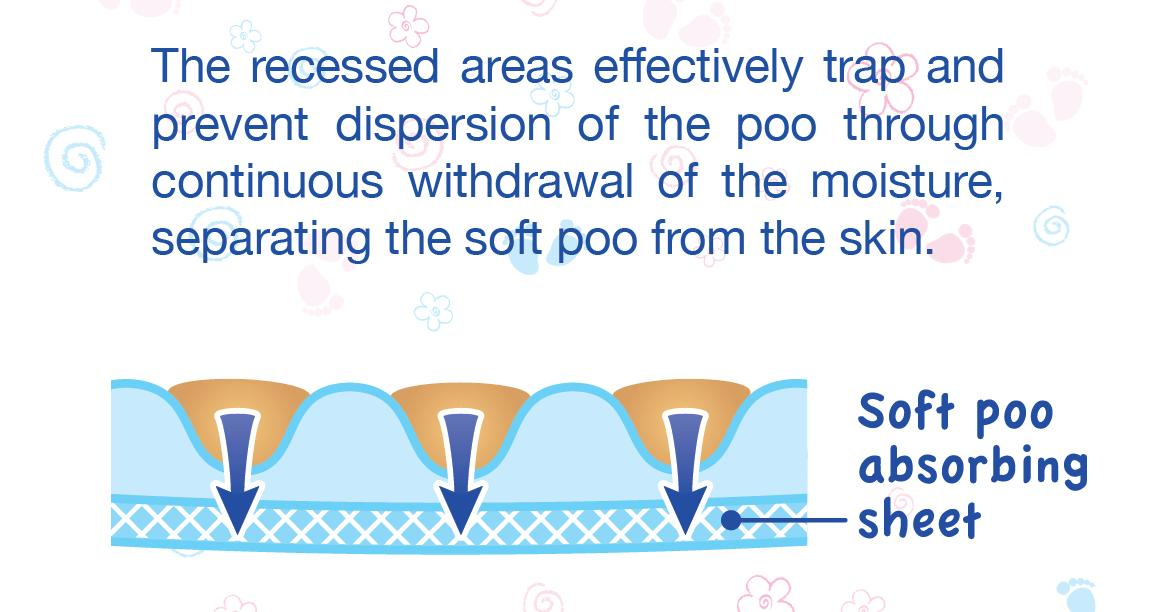 Even the most hardworking moms find it tough to wake up in the middle of the night 5 times to keep changing diapers...

As Dash gets older and stops pooping at night, I find myself testing the limits of Merries to see if the diaper can withstand a night of pee.

Even after 10 hours, Merries still feels dry on the surface, comfortable!! No leakage! Which brings me to the next point... 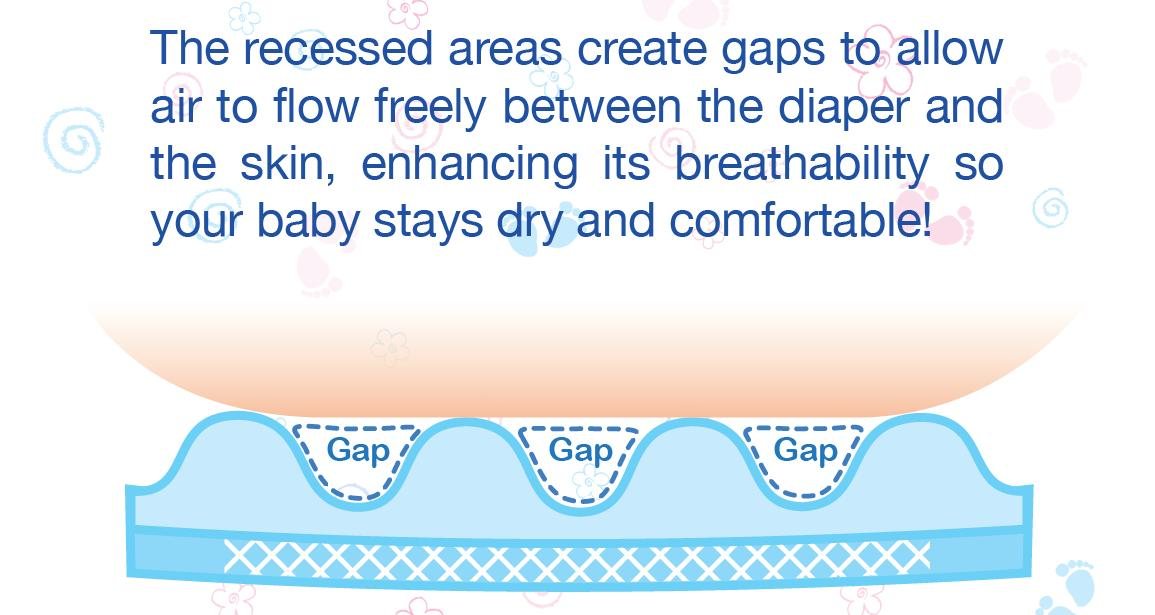 When people see me change Dash's diapers, they always seem to be asking....
"No need to put nappy cream or powder??"

Dash almost never gets nappy rash. Even if he does (a rarity), it clears within a few hours. When I change his diapers, his bum is always dry and free of redness.

My mom said she was at the baby spa with me when she saw another baby's bum when the mom was changing her diaper... It was completely inflamed and full of rashes. That's so heartbreaking to see. I don't know what causes this - is it lousy diapers or because the caretakers don't change poo-ridden diapers fast enough or maybe the baby's skin is just extra sensitive? Whatever it is, I'm glad Merries helped Dash to not have this condition. 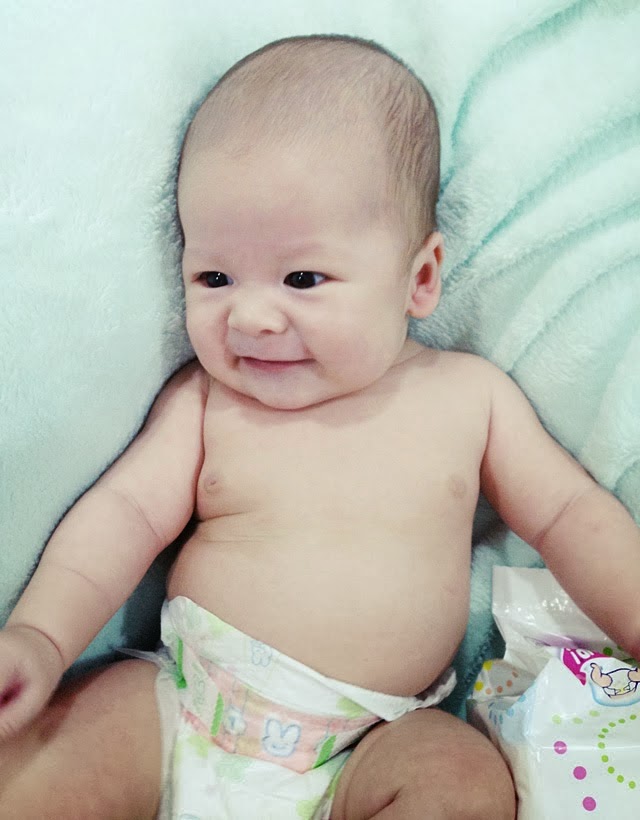 Dash is VERY VERY active. His Merries diapers have increased 4 sizes by now, from New Born to Small to Medium to Large... and they all fit him snugly. 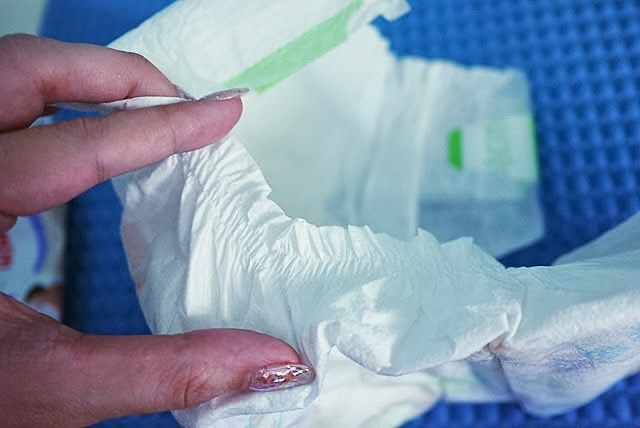 His diaper goes with him everywhere to protect his surroundings from his... leakages and does not leave any marks on his skin. 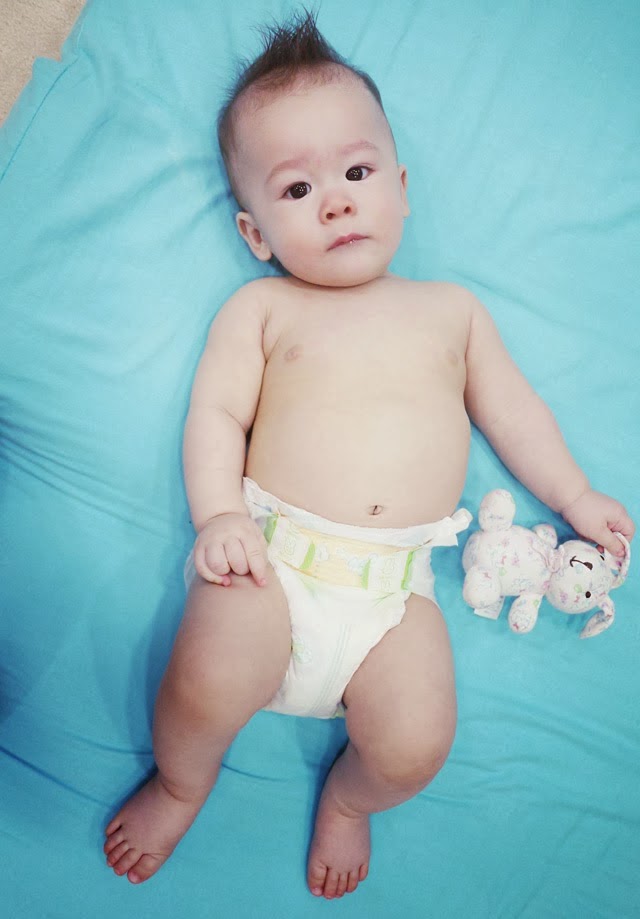 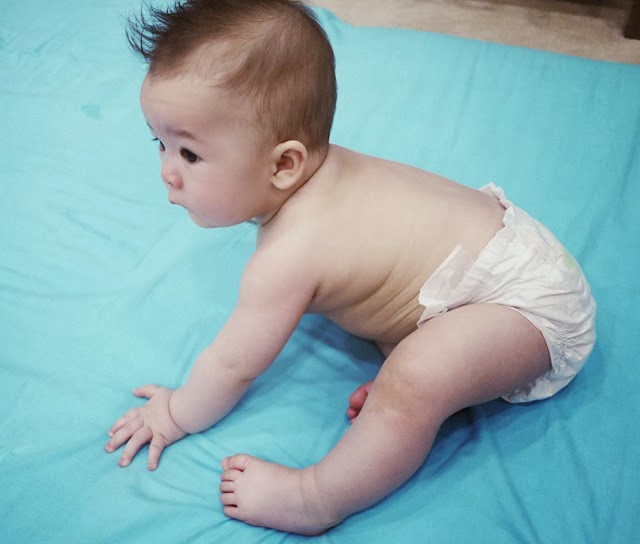 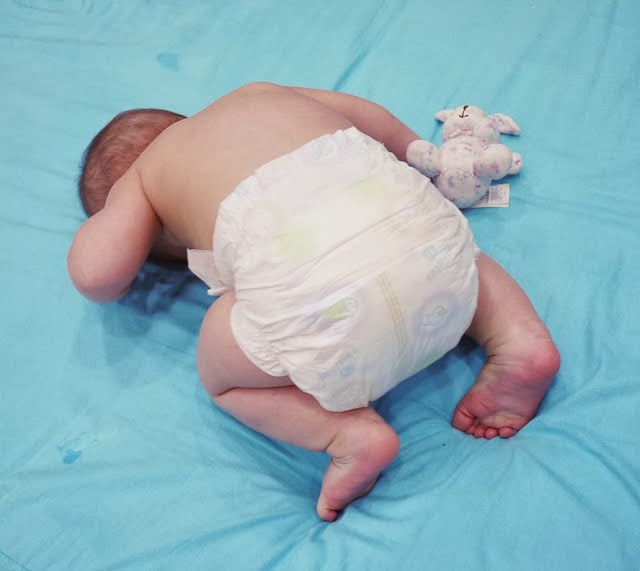 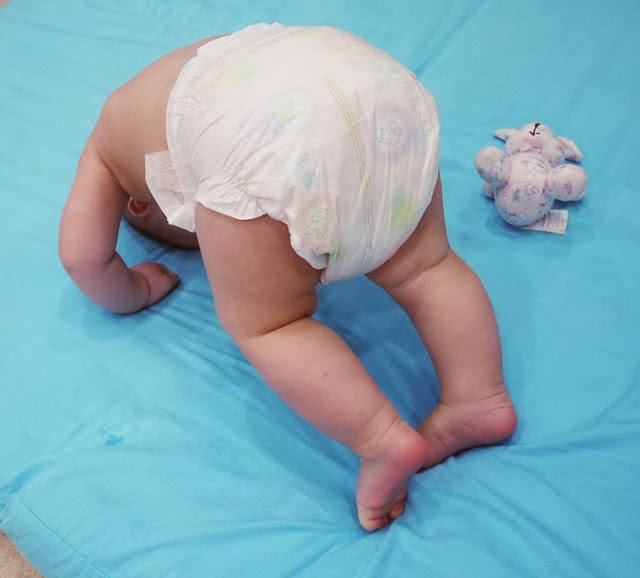 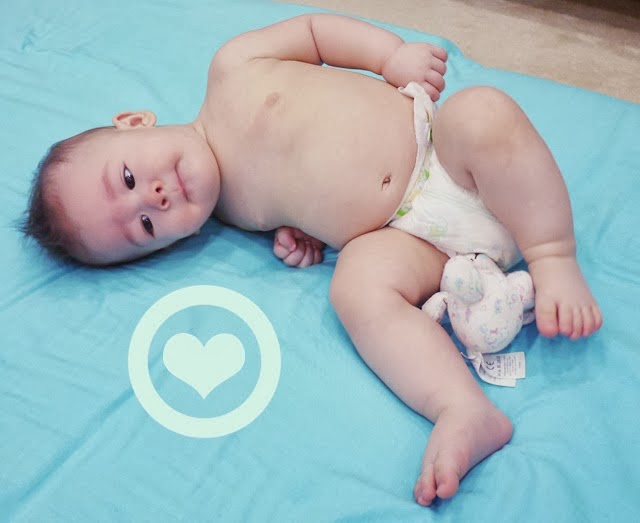 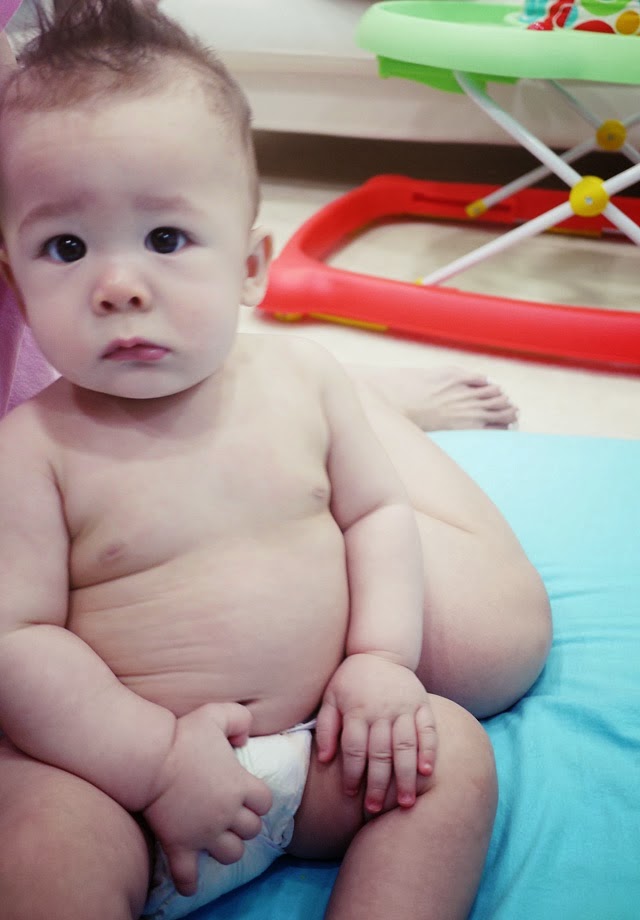 Even on his fatty belly HAHAHAH


When Dash was about 4 months old, Merries asked me if I would like Walker Pants...

I asked, "How do I know if he is ready for Walker Pants?"

"When it becomes difficult to wear his diaper for him."

OH GOD IT ISN'T DIFFICULT IT IS A COMPLETE NIGHTMARE.

After dash learned to turn over, he finds every moment spent lying down on his back a complete waste of his time. He spends all his energy on trying to crawl, including when he is actually sleeping! Yes, with eyes closed he flips over and tries to crawl inside his cot!!

Walker Pants diapers means you can simply wear your baby's diaper like a pair of underwear... You can slip them on even when he is in a crawling position!! 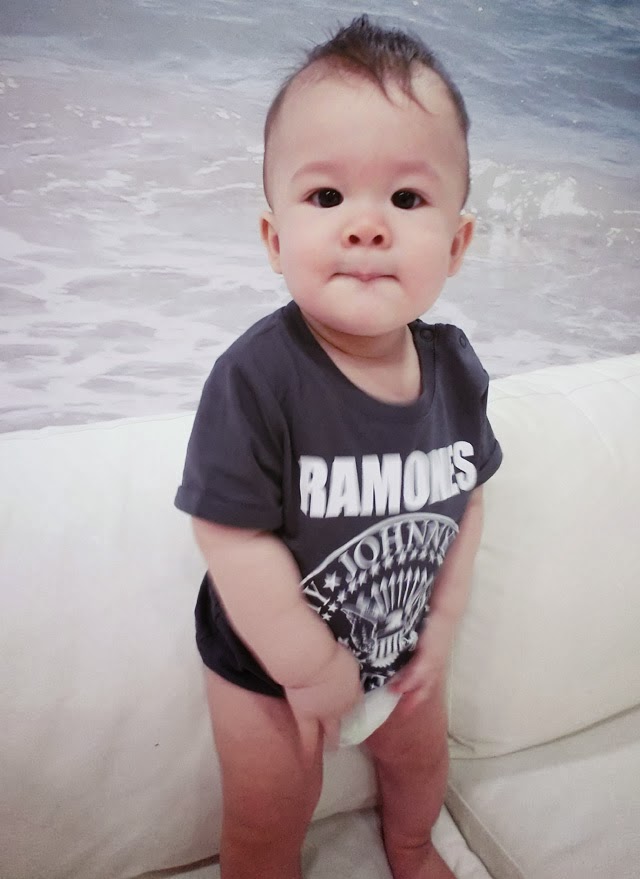 "I MUZ STAND ALL THE TIME NO MORE
LYING DOWN TO CHANGE DIAPERS MAMA."

The Merries Walker Pants are great too, just like the tape diapers. 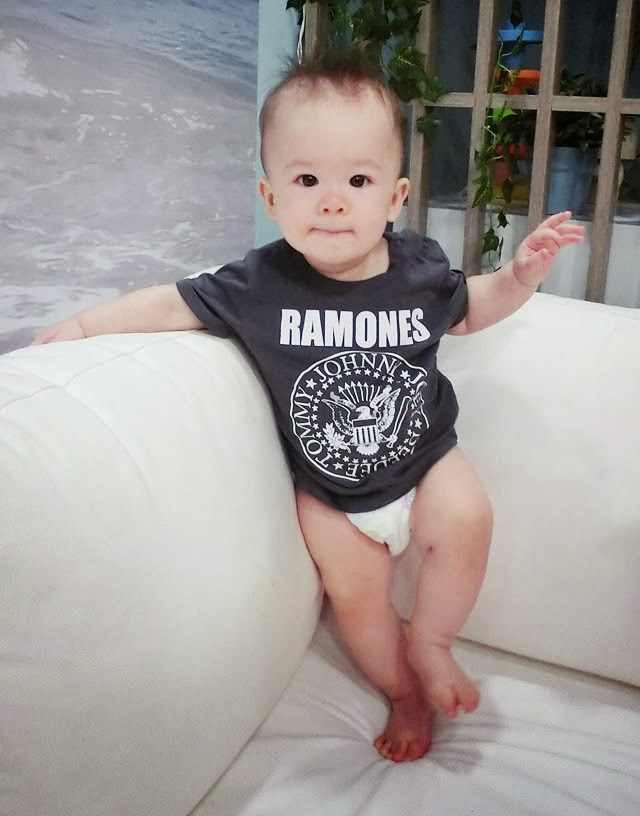 And they look so cute - let's go pantless! 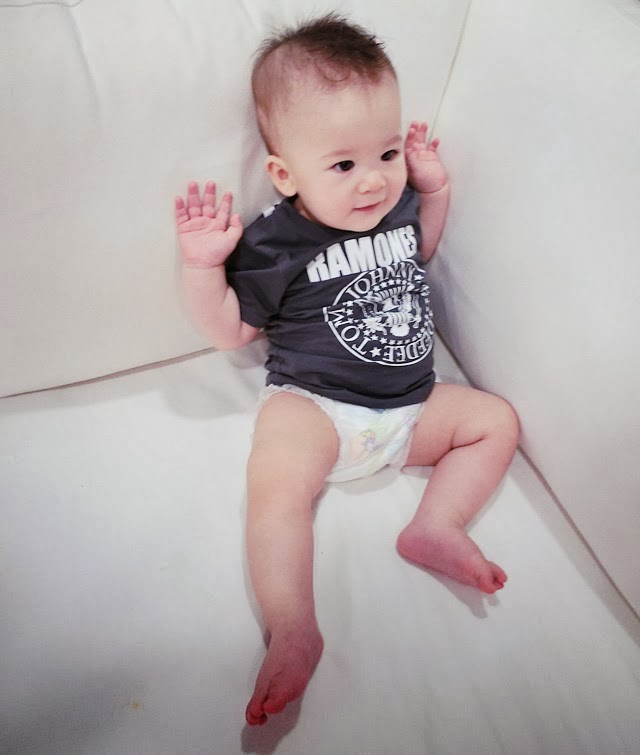 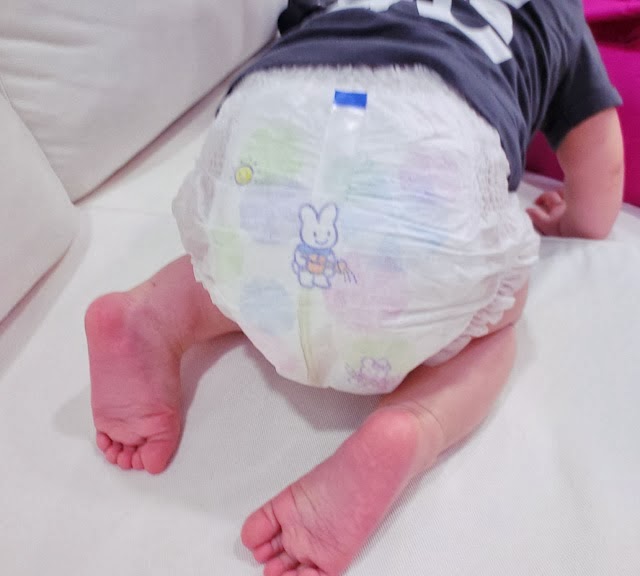 Was mystified by this strip of clear tape down at the back of the Walker Pants... Turns out it is used to seal the diaper after it's used (rolled up and taped) so the smell won't come out!