Will Haters Stop At Nothing?

So there is a new GTL video out and I respond to mean comments.

Some hater left a link to my Gossip Guru page. I haven't seen it in ages so I decided to click on it.

To my surprise the latest posts were about how they all think Dash is autistic.

Now I'm gonna put my disclaimer because this is a sensitive topic. First thing everyone defensively says when they see the word is "There is nothing wrong with being autistic!".

Having no relative or friends close to me who are, I'm ill-informed about how an autistic person leads his daily life. But I've seen TV shows, movies and read books about them (The Curious Incident of the dog in the Night-Time).

I also know autism is a spectrum that can range from mild to severe. And yes I know some of them are geniuses. I know people have misconceptions about them.

HOWEVER. It is a fact that people diagnosed with autism find it difficult to cope in a world full of chaos. They typically cannot communicate well and have social impairments, and can even inflict self injury. It's harder for them to make friends or find jobs. You can read more about the challenges of being autistic here.

So I think I'm right in saying that, as direct as this sounds, no parents will wish that their child is autistic. If they indeed are, I'm sure the parents love their child just as much and find ways to cope with it, but nobody wishes their kid is autistic if they aren't.

I don't wish to seem like I'm discriminating against autism here. Parents of autistic children have my utmost respect for the immense patience and love they have for their child.

When I was pregnant with Dash, him having autism was a big fear of mine - not because autism is bad, but because I worry that I cannot be a good enough parent to provide the amount of care he would need. I worry I won't have the patience, the determination and abnegation parents of autistic children have.

So naturally, as a parent, it upsets and worries me to see people saying Dash is autistic.


What irritates me even more is that these "concerns" come from assholes who HATE me and have hated me for a long time. Many of them express dislike towards Dash as well.

So when they accuse Dash of being autistic, it is not out of genuine concern for him or out of the goodness of their shriveled little hearts, although they mask it to be.


IT IS BECAUSE THEY HOPE THAT HE IS.


They hope that this will put a dent in the perfect little life I present online.


They cannot believe that a person can have it all in life and they believe I don't deserve all the good fortune I have.


That's why they keep coming up with wilder and wilder assumptions on how my life must suck in reality... My marriage must be failing, Mike must be cheating, my friends must secretly hate me, I am really insecure all the time... And this is just the latest bullshit - Dash being autistic.

My child having autism will be karma for my mean-ness. I will totally deserve it.


This makes me so fucking ANGRY.

You wanna be a hater? Fine.

BUT PLEASE STOP ACTING LIKE YOU CARE ABOUT MY SON. LIKE YOU WON'T LOVE TO SEE HIM SUFFER SO I WILL SUFFER TOO.

STOP ACTING LIKE YOU ARE SO CONCERNED. AND CLAIMING THAT I'M A SELFISH BAD MOTHER BECAUSE I DIDN'T DO A PARANOID SELF-DIAGNOSIS BASED ON BULLSHIT.


Fuck off. My son has enough people caring about him, people who genuinely love him. Not you asshole bitches.

So please just jump off a fucking cliff because he does NOT need your fake care or concern.

According to them, DASH IS CLEARLY AUTISTIC and I am a horrible parent for blatantly denying the signs.

You can say all the shit you want about me but don't you fucking dare suggest I don't take my child's health seriously. I've asked two pediatricians (not an imaginary relative) before whether I should be concerned about whether Dash is autistic.

Both times I've got scolded by the doctors who said paranoid parents are overanalyzing things nowadays and that he is perfectly normal and they will let me know if they notice anything off.

Dash just went for his latest health checkup about 2 weeks ago. Doctor checked a tick on all the milestones he is supposed to hit and said he talks a lot for his age.

SO THANK YOU VERY MUCH FOR ALL YOUR CONCERN HATERS.

Now let me put your mind at ease ok?

Here, according to a hater, why Dash is autistic:

(What they wrote in blue) 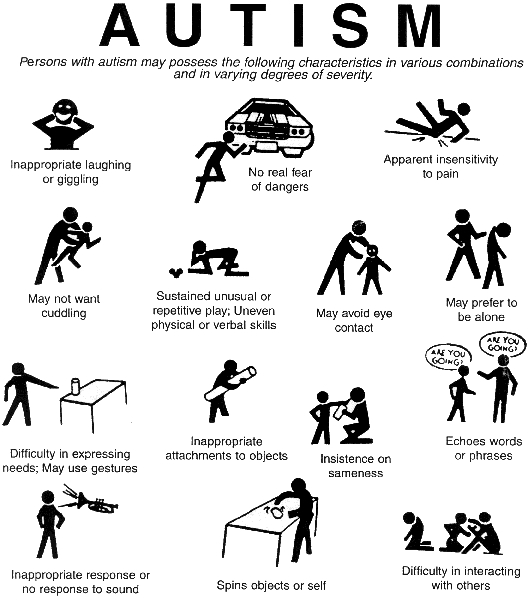 Let me first express that I've read more than 30 websites on the early signs of autism and I find this chart rather misinformed.

HE DOESN'T SHOW SIGNS OF THIS AT ALL YOU FUCKTARD. He laughs and giggles all the time and at the same things all babies find funny, like sneezing or springy noises or cartoon characters falling down.

Notice how the hater said "Yet"? Even if it obviously isn't happening, they hope it will in future.

2) and 3) No fear of danger and insensitive to pain - remember he fell down the slide in his own playpen in GTL ep 155? He don't even feel started/scare and feel no pain at all

I assure you he IS scared of pain and have seen plenty of signs of it. I just am not video recording it when it happens, am I, you idiot? And as for the slide, it wasn't painful because he fell on a soft surface.

4) May not want cuddling - he does show signs of this when Mike is caring him. And XX herself had mentioned that Dash doesn't like cuddling.

Dash has no one favourite toy. Although he loves spinning, he also loves all his books, plays with all his toys, and does not keep doing repeated actions with them. His milestones verbally and physically are both considered fast.

6) May avoid eye contact - he avoiding eye contact for sure. Look at GTL ep 155, he is not even looking at Xiaxue when he calls "mama".

This is the most fucking ridiculous thing.

Despite NUMEROUS evidence that Dash looks me in the eye all the time, they choose to believe that he doesn't.

"FOR SURE", the bitch says. REALLY?

Who you think he is looking at??

Here's an entire video where he looks at my face and reacts appropriately while maintaining eye contact most of the time.

What you gonna say now? I photoshopped all these pictures??

No, he hates being alone.


8) Difficulties in expressing needs, may use gestures - his bei bei. Cries when it is taken away as stated by both Xiaxue and Yipmomo

WTF is this Dr Dumb? What has gestures got to do with his bolster (assuming this person is talking about his chou chou)?! BTW Dash can fully express what he wants now with full sentences. He can tell us if he is hungry, if he wants a biscuit or milk, and he can tell me what song he wants me to sing. And obviously all kids cry if something gets taken away from them!

While it's true autistic children may form attachments to objects, the objects are usually hard ones and not soft toys, blankies or pillows. (Source, source)

I find it very irritating that the graphic showed the child hugging a bolster. Having soft toys, blankies or pillows babies are very attached to is normal.

10) Insistence of sameness - no signs of this yet

Again with the YET

11) Echoes words or phrases - have slight signs of it

Ridiculous. All toddlers will parrot their parents, that's how they learn to speak. What's to note is if the child doesn't give his own response but only can mimic.

He responds by himself and doesn't just echo what I say. This much is obvious from all the videos I posted of him answering my questions.

Here, feast on this huge array of responses.

Here's Dash responding to my singing at 6 months:

And yes he is looking at my eyes.

At no other source did I ever see anyone mention that spinning objects is a sign of autism. Autistic kids may do repetitive motions with their bodies like hand flapping, head rolling or rocking. Anyway Dash doesn't do that. He just likes spinning but he isn't obsessive about it - that's not the only way he plays with his toys.

As for spinning himself, HE WAS DOING THE HOKEY POKEY FFS. I suppose all kids who dance the hokey pokey are autistic.

This is such bullshit. He has no difficulty interacting with people. *roll eyes*


I'm having a hard time stopping myself from retching in disgust.

These people stalking my every move and giving their shit-tinted analysis on everything, thinking they know my son better than I do.

In conclusion, Dash maintains healthy eye contact, he can speak and express very well what he wants, he does not care for routine or show resistance to change,  he does not line up his toys or only play with one of them obsessively, he shows intuition when it comes to social interaction (ie acting cute when mommy is angry), he answers to his name, he loves playing peekaboo, and he smiles and laughs A LOT.

Sometimes, a kid who is perfectly normal can later show regression. There is no sign of that now so I won't be worrying about it. If in future it is proven that Dash is indeed autistic, well then I suppose the haters can pop some champagne.

But right now, my pediatrician agrees with me that there is no need for further evaluation at the moment.

So you assholes can go have a life (go on, life does not revolve around just living vivaciously though me) and stop your ludicrous insistence that my son is autistic.

Seriously... It is as if parents don't have enough to worry about... Worried about illnesses, worried about this development and that, worried about whether there are spaces for school, worried about asthma, eczema, diaper rash, allergies, whether kiddo is eating enough or too much...


You fuckers have to add the paranoia for autism into the equation when there is no basis for that except your biased imaginary opinions.